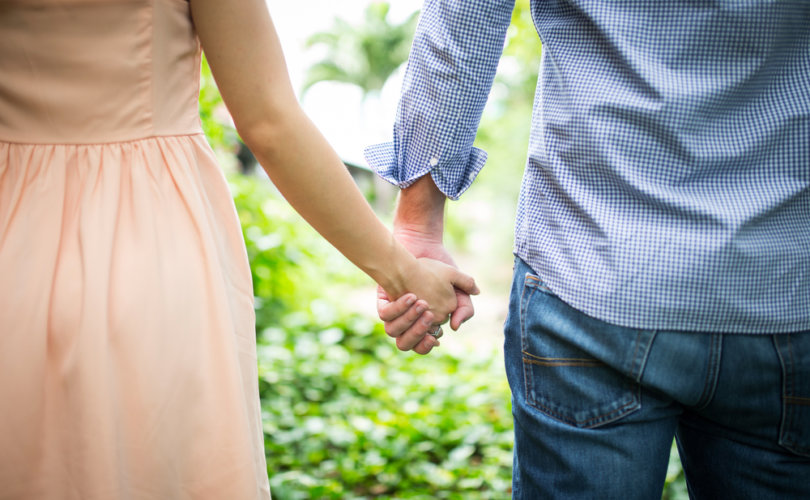 August 3, 2016 (LifeSiteNews) – Think Millennials are the most sexually active generation in history? Think again, say the authors of a new study released on Monday.

The number of young adults born in the 1990s who report they are not having sex is more than twice as high as it was for the Baby Boomer generation, a sign they have learned from the fallout of the sexual revolution, experts tell LifeSiteNews.

The definition of “sex” is left up to the respondent to define. However, the number of women who were sexually abstinent as young adults tripled since the 1960s, while the number of men doubled, according to the study, which appeared in the Archives of Sexual Behavior.

“I think a lot of them are watching the adults around them and concluding that sex without limits is not making people happy,” particularly “parents with multiple marriages and divorces,” Dr. Jennifer Roback Morse of The Ruth Institute told LifeSiteNews.

The study concludes that “the new sexual revolution has apparently left behind a larger segment of the generation than first thought.”

“The idea that these kids are 'left behind' by the sexual revolution is quite strange, as if they've somehow been sealed in a bomb shelter and never knew it happened,” Rebecca Oas, Ph.D., the associate director of research for the Center for Family and Human Rights (C-Fam), told LifeSiteNews. “More likely, they've seen that experiment running its course and decided they'd rather learn from someone else's mistakes instead of their own.”

The finding dovetails with CDC figures that show a majority of teenagers are choosing not to have sex. Only 41 percent of high school students reported sexual activity, a 13-point drop since 1991. Millenials also have a lower average number of sexual partners (eight) than either Baby Boomers (11) and Generation X (10).

Valerie Huber, the president of Ascend, told LifeSiteNews that her group – formerly the National Abstinence Education Association – “commissioned the Barna Group to survey 18 and 19 year olds and found similar results. The majority did not like the idea of ‘hooking up,’ and most of those who were not sexually experienced were waiting for a committed relationship.”

Some do not know what to make of the results. The Washington Post wrote, “Delaying sex is not necessarily bad, experts say.”

Numerous studies show having sex at a younger-than-average age leads to negative results, while delaying sexual activity and reducing the number of partners has positive outcomes.

Dana Haynie of Ohio State University found that early sexual activity increased delinquency by 20 percent. Experts have warned that earlier sexual activity can increase anxiety and negative psychological reactions, such as feeling used, especially for girls. A study in Pediatrics last year concluded that troubled children were more likely to begin having sex earlier in life, reinforcing the vicious circle.

Those who had sex later than average had higher incomes, educational achievement, and satisfaction in marriage, according to a 2012 report from Dr. Paige Harden of the University of Texas.

A 2014 report found that having multiple sexual partners and cohabitation before marriage decreased marital happiness after couples eventually tied the knot.

“We know that early sexual behavior tends to set a pattern for later behavior. The fact that more and more emerging adults are avoiding sex suggests they recognize that casual sex can compromise their life goals,” Huber told LifeSiteNews.

One young person told The Washington Post that, having seen so much sex depicted in pornography, “there really isn't anything magical about it” anymore.

“This new research suggests that our students have caught a positive and healthy vision for their futures,” she said. “It also means that we must, as a society, be more intentional on reinforcing this same healthy behavior for young, single adults.”