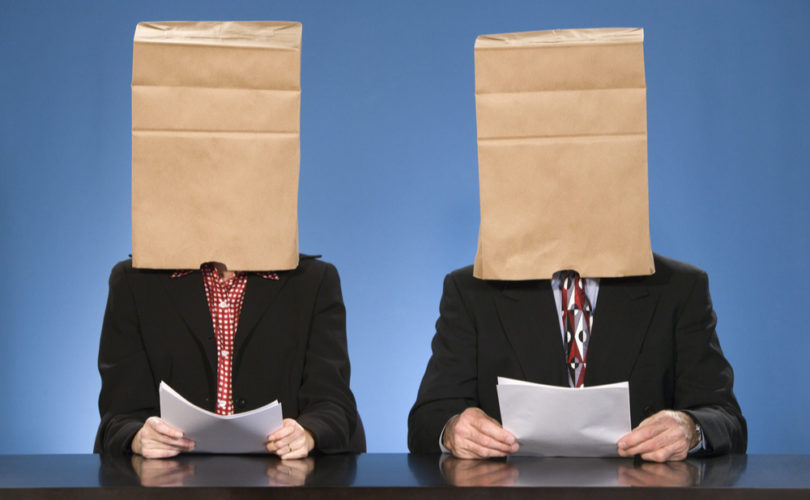 April 22, 2021 (NewsBusters) – For four years, the liberal media led the Left’s fierce resistance to the Trump administration, slamming the President night after night after night. Now, a new study by the Media Research Center finds the broadcast evening newscasts have executed a full flip-flop, as they aid and abet liberal President Joe Biden’s administration with mostly positive coverage.

During his first three months in office, the broadcast evening newscasts have showered Biden with 59% positive press. Four years ago, those same programs were hammering Trump with 89% negative press — a stunning contrast.

For this study, MRC analysts reviewed all ABC, CBS and NBC evening news coverage of Biden and his new administration from January 20 through April 9. Total coverage amounted to a hefty 726 minutes — 18 percent of all evening news airtime — but that’s still just a small fraction of the 1,900 minutes those broadcasts spent deploring Trump and his team when we studied the same newscasts during the same time period in 2017.

The shift in tone is even more dramatic. Four years ago, Trump faced hellishly negative coverage right from the beginning. Our study at the time showed 89% negative coverage of the new President on the three evening newscasts, an unprecedented hostility that would characterize the media’s approach for the next four years.

Today, President Biden faces a far friendlier media landscape. Overall, we found 59% positive coverage of his administration during those first weeks, a continuation of the positive coverage that the networks treated him to during last year’s presidential campaign. (There’s a fuller description of our methodology at the end of this article.)

If you want a flavor of how how the networks have swooned over Biden, here are a few highlights:

Four years ago, we tallied a massive number of evaluative comments (1,687 — 89% negative, 11% positive) about the new Trump administration. This year, those same broadcasts have churned out only 264 such evaluative statements, 156 of which (59%) offered praise or support for the Biden administration and its policies. These much lower numbers signify a news media that’s not trying to drown out the White House with its own aggressive criticism, as was their standard practice in 2017.

Most of Biden’s news coverage has focused on three big topics: his administration’s handling of the federal government’s COVID response; Biden’s $1.9 trillion spending bill the Democrats rammed through in early March; and the migrant crisis at the southern border.

The administration’s handling of the coronavirus pandemic was by far the most-covered topic, with 242 minutes of total airtime, or one-third of all Biden news during these weeks. Viewers hoping for the networks to take an even-slightly adversarial tone with the new administration would have been disappointed: out of 39 evaluative statements on this topic, more than three-fourths (31, or 79%) praised Biden and/or his team.

The networks were even more enthused by the President’s partisan $1.9 trillion so-called COVID relief bill, which drew 120 minutes of additional coverage. Out of 67 evaluative comments we tallied, 59 of them (86%) were positive. Instead of pushing back on the White House message of the day, evening news coverage consisted of a parade of citizens happy to be receiving $1,400 checks and other benefits; we found only 29 seconds of airtime bothered to mention the exploding federal deficit or national debt, now in excess of $28 trillion.

But it wasn’t all good news — not even the networks could find a bright side to Biden’s disaster at the southern border, which drew 115 minutes of coverage. Out of 56 evaluative statements, only 10 (18%) were positive, leaving the administration with 82 percent negative coverage on this topic.

That’s still marginally better, however, than Team Trump faced in their early days, when there was no massive influx of unaccompanied minors. Our study four years ago found 120 minutes of coverage of the administration’s immigration policies, 93% of which was negative (not counting the additional 223 minutes of airtime devoted to Trump’s ban on travel from unstable terrorist states such as Syria and Iran).

An important caveat: That these networks incorporated criticism of a liberal President into their coverage doesn’t mean they were aiming for ideological balance. In fact, one out of six criticisms that viewers heard about President Biden (18 out of 108) involved reporters actually hitting him from the far-left.

Back on February 17, for example, NBC Nightly News slammed Biden over his refusal to back a progressive scheme to forgive $50,000 in student loan debt. “President Biden said he’s willing to forgive $10,000 in student loans,” reporter Sam Brock explained, but “experts say it doesn’t tackle the root of the problem….More than 44 million Americans are drowning in some $1.7 trillion in student debt.”

On April 8, after Biden took executive action to further regulate firearms, ABC’s Mary Bruce channeled his leftist critics: “Some gun control advocates say the President should have taken bolder action even sooner, something he promised on the campaign trail.” Bruce was then shown lobbying Press Secretary Jen Psaki: “It is Day 78. What’s the holdup here?…Why not put out your own bill, lead the charge on this?”

Roughly 90% of network news coverage of the Biden administration (650 minutes out of 726) was spent on policy issues; that compares to just 45% of Trump administration coverage during those early weeks. Long before Robert Mueller’s appointment as special counsel, Trump’s media profile was already being smothered by the Russia collusion story (222 minutes), and the networks delighted in finding controversy in the non-politician President’s colorful comments.

Four years ago, the Big Three newscasts spent more than nine minutes on the irrelevancy of the size of Trump’s crowd on Inauguration Day, and more than 19 minutes on Trump’s assertion that Hillary Clinton had benefited from illegally cast votes in the 2016 election. Combined, they spent a whopping 98 minutes of coverage frothing about Trump’s claim that Obama officials had wiretapped Trump Tower.

Yet when President Biden said things that would have sparked a major feeding frenzy if uttered by Trump, these same newscasts merely yawned. Biden’s insult about Republicans exhibiting “Neanderthal thinking,” for example, drew a scant 83 seconds of airtime. His encouragement of Major League Baseball to economically punish Georgia by relocating the All-Star game — a first for a President — merited only 45 seconds across all three newscasts. And his wild claim that Georgia’s new voting law was like “Jim Crow” passed by with just 39 seconds of coverage, none of it in any way critical.

Journalists like to claim they’re “fearless” in confronting those in power on behalf of the public. But it’s not fearless when journalists only use their influence to harass politicians from one political party and not the other. That’s actually twisting journalism to suit a blatantly partisan agenda.

Methodology: For this report, MRC analysts reviewed all coverage of President Biden or the Biden administration on the ABC, CBS and NBC evening newscasts between January 20 and April 9, 2021, including weekends. That matches our study of these networks coverage of the Trump administration in 2017.

To determine the spin of news coverage, our analysts tallied all explicitly evaluative statements about President Biden from either reporters, anchors or non-partisan sources such as experts or voters. Evaluations from partisan sources (Democrats supporting Biden, Republicans criticizing him) as well as neutral statements, were not included. This also matches the methodology we used in 2017 to calculate the tone of coverage of the Trump administration.