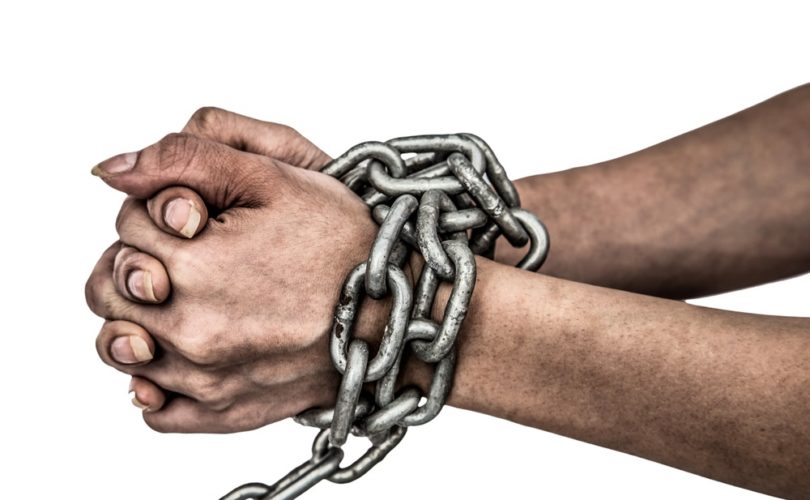 WASHINGTON, D.C., February 24, 2016 (LifeSiteNews) – A new study survey confirms that the use of pornography, strip bar attendance, and participation in prostitution numb one's attitudes and beliefs about human trafficking.

“After more than a decade of sustained efforts to combat human trafficking in the United States, it is necessary to step back and examine the effectiveness of key anti-trafficking strategies,” Drs. Vanessa Bouche, Amy Farrell, and Dana Wittmer reasoned.

Specifically, they surveyed “the effectiveness of state-level human trafficking legislation” to find out what results in “desired outcomes” and reviewed how state laws are being used to hold human traffickers accountable. They also drew conclusions about public knowledge, attitudes, and beliefs about human trafficking.

To find out public knowledge, attitudes, and beliefs, the research team surveyed a representative sample of 2,000 Americans in the spring of 2014, with a goal of identifying what behaviors influence a greater or lesser concern for human trafficking.

One of their conclusions was that “[s]ex-related behaviors affect beliefs about human trafficking.” Viewing pornography, strip bar attendance, and engaging in prostitution all contributed to a more laissez-faire attitude toward the practice of such “human slavery.”

The study states, “Respondents who consumed pornography within the last year have more knowledge of human trafficking, but they think that it should be less of a government priority.”

The research team drew similar conclusions regarding people who paid for sex.

“It is the public that generates the demand for both commercial sex and certain goods and services that makes trafficking in human beings among the most profitable enterprises in the world,” the researchers stated. “Increased public awareness and engagement could have a large impact on reducing demand and driving traffickers out of business.”