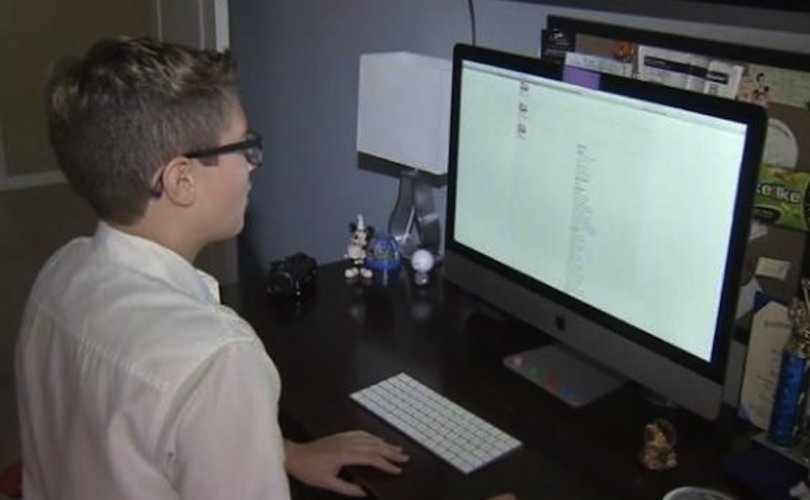 September 5, 2018 (LifeSiteNews) – Most teens who identify as “transgendered” do so after joining peer groups with other gender-confused teens and have been previously diagnosed with at least one mental disorder, according to a new study being derided by pro-LGBT activists.

Authored by Brown University behavioral scientist Lisa Littman and published last month in the Public Library of Science’s journal PLOS One, the study reviews 90-question surveys completed by 256 parents of gender-confused children. Eighty-three percent of their children were biologically female, with a mean age of 16.4 and 41 percent having expressed homosexual attraction prior to “coming out” as a different gender.

The study found that 87 percent of the teens belonged to a friend group characterized by some degree of “social influence” on the subject, such as one or multiple other teens in the group announcing their transgenderism “during a similar time as they did” and/or exhibiting increased social media or internet use. Sixty-three percent of the teens had been diagnosed with at least one mental health disorder or neurodevelopmental disability before deciding they were a different gender, as well.

“The onset of gender dysphoria seemed to occur in the context of belonging to a peer group where one, multiple, or even all of the friends have become gender dysphoric and transgender-identified during the same timeframe,” Littman wrote. “Parents also report that their children exhibited an increase in social media/internet use prior to disclosure of a transgender identity.”

More than a third of these friendship groups eventually saw the majority of its members decide they were transgendered, with their mental health and relationships with their parents deteriorating as a result. Twenty-three percent became distrustful of anyone who wasn’t transgendered, 25 percent stopped associating with non-transgendered friends, almost half attempted to isolate themselves from their families, and 47 percent decided that only “transgender sources” could be trusted to provide information on gender dysphoria.

Notably, the parents reported these findings despite being overwhelmingly pro-LGBT, with more than 85 percent answering that they favored same-sex “marriage” as well as equal “rights and protections” for gender-confused people. Nevertheless, 77 percent of the parents believed their children’s declarations of having a different “true” gender were wrong.

Littman’s findings suggest that what she calls “rapid-onset gender dysphoria (ROGD)” is an effort to conform to one’s social circle, rather than the act of individuality it’s commonly framed as.

“Peer contagion has been associated with depressive symptoms, disordered eating, aggression, bullying, and drug use,” she continued, likening the situation to similar circumstances observed with eating disorders and websites that reinforce them. “If similar mechanisms are at work in the context of gender dysphoria, this greatly complicates the evaluation and treatment of impacted AYAs” (adolescents and young adults).

Ultimately, Littman says, she hopes her study convinces clinicians not to rely solely on a teen’s declarations of gender identity before endorsing or agreeing to help facilitate a transition.

Pro-LGBT activists have bitterly condemned the study, successfully pressuring Brown University to remove the study from its website five days after publication, the Daily Wire reported.

Despite purporting to “have always affirmed the importance of academic freedom and the value of rigorous debate informed by research” and having concerns about methodology, Brown School of Public Health Dean Bess Marcus suggested that the censorship was driven by “Brown community members expressing concerns that the conclusions of the study could be used to discredit efforts to support transgender youth and invalidate the perspectives of members of the transgender community.”

Further suggesting that gender ideology trumps academic debate, Marcus also highlighted Brown’s “unshakable” commitment to “diversity and inclusion,” and stressed that the school “pride(s) ourselves on building a community that fully recognizes and affirms the full diversity of gender and sexual identity in its members.”

But “there is no question whatsoever that in Western societies, reported rates of transgenderism have been rising dramatically in recent years, as publicity about transgenderism becomes the norm,” the Daily Wire’s Ben Shapiro responded, noting that the past few years have seen abrupt spikes of transgenderism in the United States, Great Britain, and Australia.

Breitbart noted that parents groups concerned with gender dysphoria, such as Transgender Trend and 4thWaveNow, are standing by Littman and her work.

while I'm guessing the current period is difficult for @LisaLllittman, she should be proud of what's shes done here. just a few weeks ago, medical professionals were scared to talk about what they saw and heard in their own clinics. the ice is beginning to crack https://t.co/iR8yRR2rZ5

the disgraceful @BrownUniversity reaction to @LisaLllittman is perhaps doing more to raise awareness of the ROGD crisis than Dr. Littman's own scholarship ever could. overnight, @BrownSPHDean has become a leading symbol of the cynical effort to suppress legit academic research https://t.co/j1JSNYUDo9