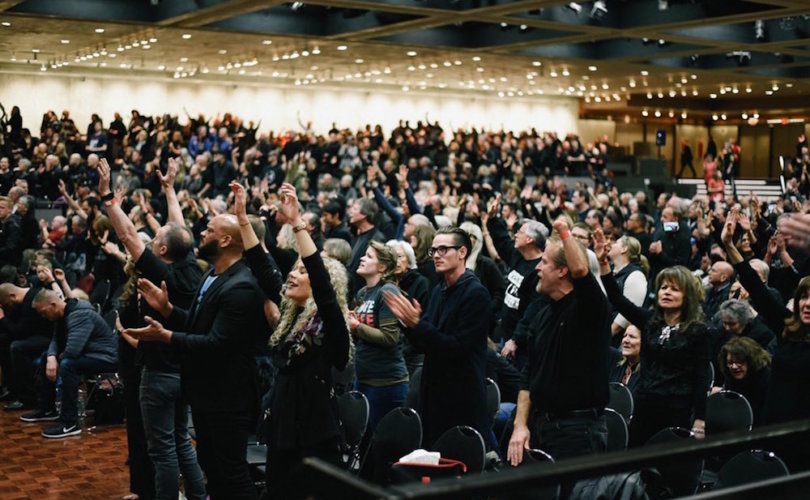 RICHMOND, March 11, 2019 (Day of Mourning) – In the wake of Governor Northam’s recent advocacy for infanticide, a grassroots movement of distressed citizens has turned their disgust to action with a “Day of Mourning” on April 6th.

Citizens were shocked and a national firestorm ensued when Virginia Governor Ralph Northam not only defended infanticide on already born babies, but also doubled down on his highly controversial comments.

Organizers are asking Americans to do three things:

The organizers are holding a large worship and prayer gathering at the Greater Richmond Convention Center in Richmond, VA, where they expect thousands to be in attendance to “stand in solidarity with the unborn and mourn over the sin of abortion.”

Virginia resident and pastor E.W. Jackson, who will be speaking at the Richmond event, stated, “When we’ve reached a point in our culture where killing babies is a reason for people to celebrate, it is time to mourn and cry out to God like never before.”

Other anticipated speakers at the Richmond event, twin entrepreneurs and best-selling authors, David and Jason Benham stated, “After what we witnessed God do in Albany, NY, we have very high expectations. This is a once-in-a-lifetime window of opportunity to right a great national wrong and restore the foundations of righteousness and liberty in our nation.”

After four thousand people attended the NY event two weeks ago, and 40 thousand watched via livestream, Day Of Mourning organizer, Elizabeth Johnston, aka The Activist Mommy, says response to the Day Of Mourning has been extremely encouraging and “evidence that Americans want to see an end to the bloodshed and child abuse called abortion.”

Eight year old adopted child, Blythe Mullen, whose mother what being pressured to abort, told the sold-out and emotional audience in Albany last month that she may have been “unplanned, but not unwanted.”

Johnston said, “History has proven that societies which kill their children will not last long. Therefore, we are ripe for a catastrophic judgment, the kind of fall that destroyed the seemingly undefeatable Roman Empire.”

Virginia Pastors will be honored and invited to join speakers on stage at the convention center to “repent for the church’s 46 years of silence and apathy.” The popular Albany event ran out of free tickets very quickly, so organizers are encouraging the public to go to https://www.DayOfMourning.org to get their free eventbrite tickets while they are still available.

Visit https://www.DayOfMourning.org for more details about the event.