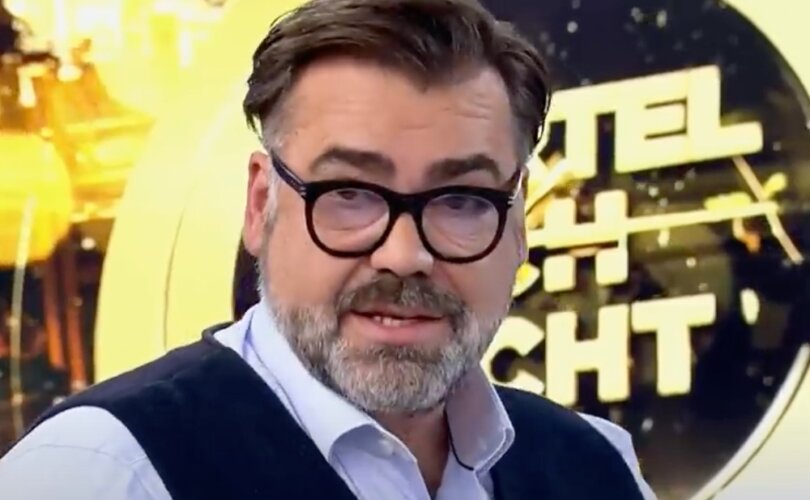 (LifeSiteNews) – Sudden deaths in Germany spiked after the rollout of the COVID vaccines, insurance data has revealed.

A dataset released by the KBV, an association representing all doctors in Germany who receive insurance, showed an alarming increase in ‘sudden deaths’ and ‘vague or unspecified causes of death’ since the rollout of the experimental COVID injections.

The dataset was released following a Freedom of Information request by the German parliamentary party Alternative für Deutschland (AfD) and was presented at a press conference by the data activist Tom Lausen.

Lausen’s first graph in his presentation shows that there was a sharp increase in “sudden deaths” of patients and similar occurrences like, “death occurring within fewer than 24 hours after onset of symptoms” and “other vague or unspecified causes of death.” This jump occurred at the beginning of 2021, corresponding with the rollout of the COVID injections. While there were between 13 and 17 reported cases of sudden or unspecified deaths per day between 2016 and 2020, that number increased dramatically to around 100 per day.

For context, the following graph from Our World in Data shows the number of COVID-19 vaccine doses administered over time in Germany, beginning in late December of 2020.

Moreover, Lausen’s presentation includes a graph that portrays the cumulative data of the “number of patients with vaccine side effects (for insurance doctors).” In 2021, the number of reported vaccine side effects skyrocketed to around 2.5 million, from well below 200,000 in the previous years.

Lausen and the AfD criticized the state-funded German media during their press conference for not reporting on the alarming data by the KBV. They also pointed out that the Robert-Koch-Institut and the Paul-Ehrlich-Institut (federal German institutions similar to the CDC) failed to fulfill their duty since they did not request and analyze this data by the KBV themselves.

Lausen insinuated that government agencies were trying to hide from the public data that indicates the potential danger of the COVID vaccines.

Another example of the German state potentially discrediting data regarding the risk of taking the COVID injections can be found in the case of Andreas Schöfbeck.

Schöfbeck was the chairman of the board of the largest German health insurance provider BKK ProVita. He sounded the alarm in early 2022 about the extraordinarily high numbers of suspected cases of side effects from the gene-based injections in 2021. He was fired shortly after sending to the Paul-Ehrlich-Institut a formal letter raising his concerns about the injections based on the insurance data.

Representatives of the German health ministry were quick to dismiss and discredit his findings.

Critics have argued that Schöfbeck’s firing and the dismissive treatment of his warnings are attempts to discredit facts that are too incriminating for the parties involved.