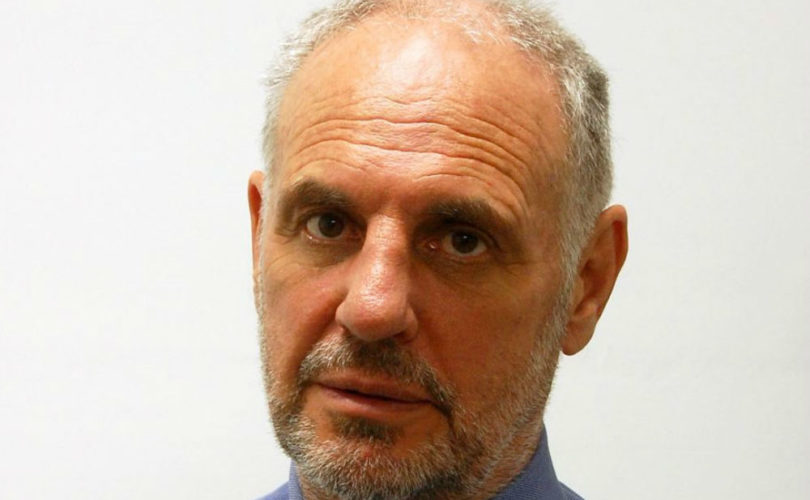 His critics say it adds nothing except perhaps new opportunities for him to market his books and DVDs.

“He is a dangerous man,” says Alex Schadenberg, head of the Ontario, Canada-based Euthanasia Prevention Coalition. “He sell his books that tell you where to buy Nembutal and other fatal drugs in China or Mexico and he doesn’t care who gets the information. ”

Schadenberg was at a conference in Australia recently where several mothers related how their children were in contact with Nitschke via his website before they committed suicide.

“He’s been very irresponsible in actually aiding and abetting people going through a terrible time to take their lives, when what they really need is help,”  Schadenberg said.

Nitschke, who now lives in the Netherlands, where he operates Exit International, announced Sunday the formation of Exit Action with the goal of promoting a “militant pro-euthanasia position” to bring about legislative change.

But Nitschke’s position is not welcomed by pro-euthanasia groups in Australia, who have seen their pet bills go down to defeat in more than a dozen state legislatures during the past 20 years, according to Paul Russell of Hope: Preventing Euthanasia and Assisted Suicide Inc.

“What Nitschke wants is the perversely logical objective of their movement,” Russell told LifeSiteNews. But euthanasia advocates know “there is no popular support” for unrestricted access to euthanasia and assisted suicide for all adults, so they adopt a gradualist strategy, for now promoting “dignity in dying” for those who are terminally ill and in pain.

But Nitschke has given killing people a bad name by advocating that every adult should not only be given unquestioned access to assisted suicide and euthanasia, but should be issued a fatal dose of Nembutal, to be used whenever it seemed opportune. “Maybe if Nitschke had been here in Canada, the debate over euthanasia would have gone differently,” Schadenberg suggests.

“Exit Action,” Nitschke said Sunday, “is critical of the ‘medical model’ that sees voluntary euthanasia as a privilege given by the medical profession.” Advocacy for the medical model has consisted of lining up “the very sick to tell their stories of suffering … in the hopes politicians might take pity and change the law.”

But this hasn’t worked in Australia, Nitschke says. That is why he created Exit Action, which “believes that a peaceful death, and access to the best euthanasia drugs, is a right of all competent adults, regardless of sickness or permission from the medical profession.”

Nitschke’s position of “ration suicide” flies directly in the face of the social and medical view that suicidal people should automatically receive psychological counseling on the presumption that they are irrational because of depression or some other mental illness.

When a 45-year-old Perth man, Nigel Brayley, contacted Nitschke in 2014 about wanting to commit suicide, the doctor did not advise him to see a psychiatrist. Brayley subsequently committed suicide with Nembutal, which Nitschke’s books advise on how to buy and use. Facing charges of unprofessional conduct, Nitschke surrendered his medical licence last year.

Nitschke has admitted to killing his neighbor’s dog as a teenager by cutting its throat. “I was very young; I just didn't have the world experience to be able to make good judgments,” he told the Sydney Morning Herald.

Russell’s organization was one of many pressing formal complaints against Nitschke. Its complaint was about his selling helium tank regulators ostensibly for beer making but actually for people seeking painless deaths.

Russell told LifeSite that for Nitschke promoting a human right to euthanasia and assisted suicide has always been connected with marketing products. Typically, Nitschke has promised Exit Action will be organizing an online “buyer’s club” to sell fatal drugs and gear. “He’s playing himself back into the debate,” Russell said. “As a marketing tool, it’s very clever.”

Mary Collier of Australia Right to Life commented, “It is not surprising that a man who started out strangling, then knifing his neighbor’s dog is now 50 years later committed to serial killing. … His relocation to Holland, a country which now proposes killing its older healthy citizens, has no doubt fueled his blood-thirsty desire.”