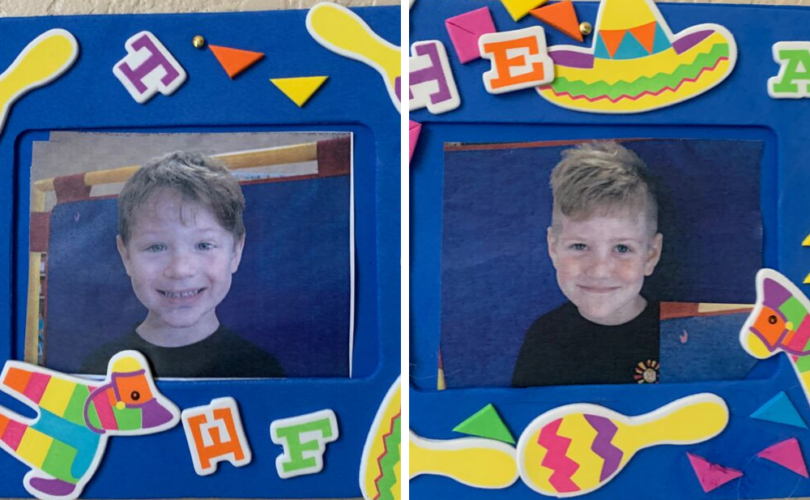 TEXAS, October 16, 2019 (LifeSiteNews) – The court battle to save seven-year-old James Younger from being “transitioned” into a girl by his mother began yesterday. James presents as a boy with his father Jeffery Younger, but as a girl with his mother.

The mother, pediatrician Anne Georgulas, has total authority on psychiatric care for both James and his twin brother Jude. Younger and Georgulas share authority on all other medical decisions, according to a court order.

Georgulas has been telling James he’s a girl since the child was three years old.

The trial began Tuesday with about 15 people there to support Jeff and his fight to save James. Many of the supporters came from the Dallas area, but there were a number who traveled from different states, including California and Kansas.

The mood was upbeat during the jury selection process as no one outside of the legal teams was allowed inside the courtroom.

Kayla White, a YouTuber, came from Illinois to cover the case. She has been reporting on it since last December.

Local community members and activists were there, as was someone from The Kelsey Coalition, a “non-partisan, unfunded, volunteer-run organization whose mission is to promote policies and laws that protect young people from medical and psychological harms.”

A handful of supporters told LifeSiteNews that they found the case so unbelievable, they initially thought it was a scam to steal donation money from people.

Yuliya Olkhovskaya, a Russian reporter for Channel One Russia, came from Washington, D.C. to watch the case unfold. She told LifeSiteNews she initially heard about James’ case on the Internet and also thought it had to be a hoax.

Olkhovskaya told LifeSiteNews that the story has garnered significant attention in Russia because, “things like this don’t happen in Russia.” She also marveled at the lack of media presence. Channel One, The Texan, and LifeSiteNews were the only media outlets to send reporters to the trial.

The trial started yesterday with the first half of the day dedicated to jury selection. Younger exited the court room and told supporters Georgulas’ team was visibly distraught when the jury selection was completed. The jury is composed of six women and seven males of a broad age range.