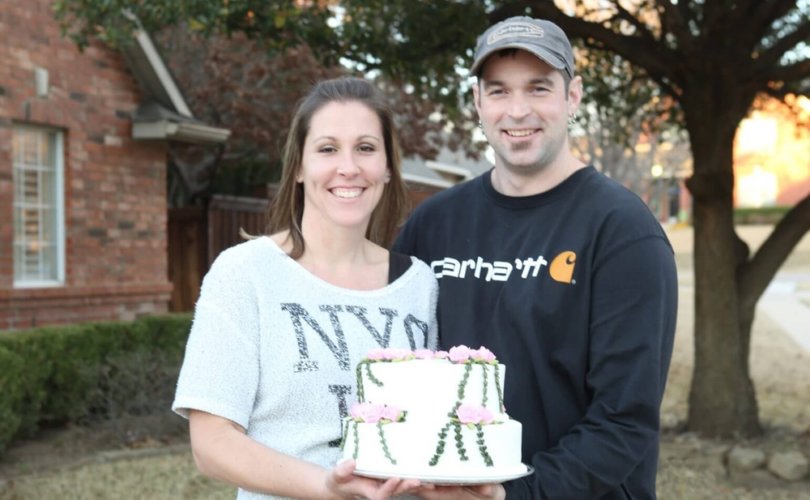 June 17, 2019 (LifeSiteNews) – The U.S. Supreme Court has punted the case of Melissa and Aaron Klein, who declined to create a cake for a same-sex “wedding,” back to an Oregon court to be reconsidered in light of the high court’s narrow ruling in Masterpiece Cakeshop v. Colorado Civil Rights Commission.

As the owners of now-closed Sweet Cakes by Melissa, the Kleins declined to violate their beliefs by creating a cake celebrating the “wedding” of two lesbians. An appeals court ordered them to pay $135,000 in damages to the couple. Now, that ruling has been vacated.

In Masterpiece, the Supreme Court ruled in favor of baker Jack Phillips, who could not in good conscience create a cake celebrating a homosexual union, on the grounds that the state had exhibited anti-religious animus in its punishing of Phillips. The Supreme Court didn’t explicitly rule on whether the First Amendment protects Christians from being forced to participate in same-sex ceremonies.

“This is a victory for Aaron and Melissa Klein and for religious liberty for all Americans,” said Kelly Shackelford, President, CEO, and Chief Counsel to First Liberty, one of the firms representing the Kleins. “The Constitution protects speech, popular or not, from condemnation by the government. The message from the Court is clear…government hostility toward religious Americans will not be tolerated.”

“It is very disappointing that the [U.S.] Supreme Court did not simply deny the discriminating baker’s request for more review,” said Jennifer C. Pizer, Senior Counsel and Law & Policy Director at the pro-LGBT Lambda Legal.

“This fight is NOT over,” the group tweeted.

“We are confident that, just as in Arlene’s Flowers, now that the U.S. Supreme Court has sent the case back to the state court for a second look, the Oregon court will again confirm that this discrimination case has been handled fairly and justly, precisely as Oregon law and the U.S. Constitution require,” Pizer continued, referencing the case of Washington florist Barronelle Stutzman.

Despite his Supreme Court victory, Phillips is now being sued for refusing to bake a “gender transition” cake.

Since their legal ordeal began, the Klein family has been subject to death threats. Since the closing of their bakery, Aaron has taken a job as a garbage collector “to make ends meet,” the Daily Signal reported. GoFundMe shut down the Kleins’ fundraising page because the family had been “formally charged” by the state.