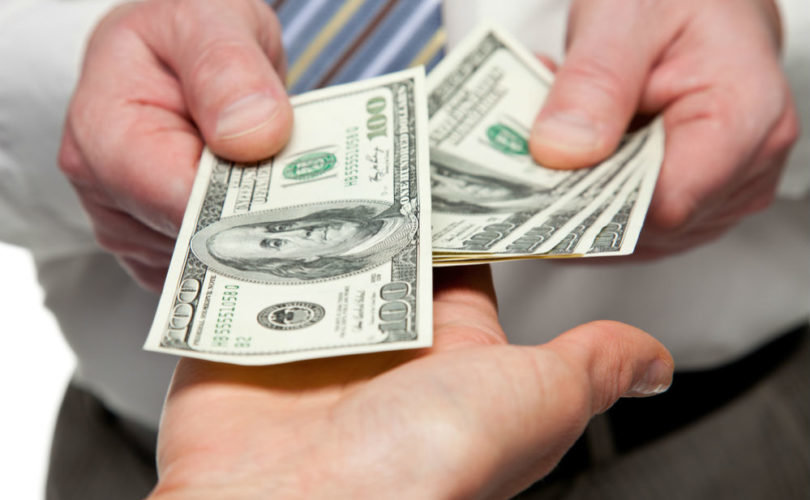 WASHINGTON, D.C., March 11, 2015 (LifeSiteNews.com) – A Planned Parenthood whistleblower is asking the Supreme Court to hear his case — 10 years and several decisions after he filed it.

Last week, the American Center for Law and Justice (ACLJ) filed an appeal with the Supreme Court on behalf of P. Victor Gonzalez over the former Planned Parenthood employee's claims that California chapters of Planned Parenthood overbilled government entities by at least $200 million.

Gonzalez, who served as the chief financial officer for Planned Parenthood of Greater Los Angeles, filed suit in 2005, after he says he was fired for exposing the fraud. According to the ACLJ, Gonzalez claims that Planned Parenthood's “affiliates massively – and unlawfully – marked up their reimbursement requests for the distribution of birth control drugs and devices to low-income individuals. The relevant federal and state laws and regulations required Planned Parenthood to charge the government no more than” the actual cost of drugs and devices.

However, Gonzalez claims that Planned Parenthood “marked up the charges as much as 10 times or more the actual cost,” according to the ACLJ.

Gonzalez's claims include, but are not limited to, credit card fraud and overbilling, though he also claims Planned Parenthood has violated federal campaign laws.

Gonzalez's case has seen its ups and downs since it was originally filed. A California district court said that Gonzalez did not have standing as a whistleblower under the federal False Claims Act. The U.S. Court of Appeals for the Ninth Circuit overturned that ruling, and the case went back to the district court to be heard on its merits.

Once again, the court threw the case out, this time saying that the claims did not meet the standards of the False Claims Act.

The Ninth Circuit rejected the ACLJ's previous appeal by arguing in essence that, since state officials “seemed to tacitly approve” of the alleged overbilling, it did not matter that Planned Parenthood's actions were illegal.

In its newest appeal, the ACLJ argues that the Ninth Circuit's decision ignored prior rulings on the False Claims Act by other circuit courts, and further, used state officials to ignore a federal law.

The email from ACLJ says that “if the Supreme Court rejects this appeal, this last case will be dead — after around 10 years of litigation — and it is quite unlikely that a similar case will arise.”