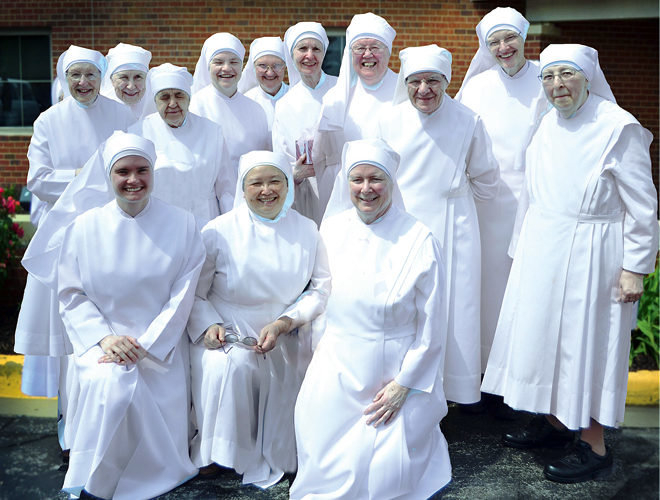 WASHINGTON, D.C., July 8, 2020 (LifeSiteNews) – The US Supreme Court ruled 7-2 Wednesday in a decision siding with the Little Sisters of the Poor and their bid to stop being forced to distribute abortifacient and contraceptive drugs to their employees.

The Obama administration had first mandated that employers subsidize the provision of contraceptives, including abortifacient drugs, to their employees under the auspices of the Affordable Care Act (ACA), better known as Obamacare. The Little Sisters of the Poor, a Catholic institution that provides support for the elderly poor, refused to comply, as did other religious employers, sparking years of litigation.

In November 2018, the Trump administration announced two final rules to protect Americans from being forced to subsidize abortion in government-mandated health insurance plan, one to cover conscience objections on the basis of “sincerely held religious beliefs,” and another for small businesses and nonprofits with non-religious moral objections.

In January 2019, multiple federal judges granted injunctions to several liberal states that had challenged the Trump rule, preventing it from taking effect.

Despite the announcement,  the state of California sued the federal government to eliminate the religious exemption. California has numerous contraceptive programs of its own, and it never filed suit over the much larger secular exemptions created by the Obama administration for corporations such as Pepsi and Chevron, according to Becket, that applied to tens of millions more people than the religious exemption. Also, the state has not identified a single person who had contraceptive coverage but will lose it because of the new rule.

The Supreme Court heard oral arguments to this effect in May of this year, which ultimately won the day. Justices Elena Kagan and Stephen Breyer joined the majority, while Justices Ruth Bader Ginsburg and Sonia Sotomayor dissented.

The Third Circuit Court of Appeals’ judgement that federal agencies had no authority to exempt the Little Sisters in the first place “was erroneous,” Justice Clarence Thomas wrote in his majority opinion. 'We hold that the Departments had the authority to provide exemptions from the regulatory contraceptive requirements for employers with religious and conscientious objections.”

In a concurring opinion, Justices Samuel Alito and Neil Gorsuch went a step further and argued that not only were the Departments allowed to exempt the Little Sisters, but the federal Religious Freedom Restoration Act (RFRA) actually “compels an exemption for the Little Sisters and any other employer with a similar objection to what has been called the  accommodation to the contraceptive mandate.”

While ultimately voting with the majority, Kagan explained in a concurring opinion that while she believed the relevant departments did have “statutory authority to exempt certain employers from the mandate,” she also believes the accommodation made for the Little Sisters was broad enough that it could still be invalidated under the federal Administrative Procedure Act. So while the ruling is a major victory the Little Sisters and other opponents of compulsory birth control coverage, Kagan’s opinion also provides ammo to a potential future challenge.

“The Supreme Court was right to, in the face of outrageous legal challenges from Pennsylvania and New Jersey, allow the Trump administration to protect the freedom of these religious nuns and so many other religiously affiliated groups,” Heritage Foundation senior research fellow Ryan Anderson said. “This case stemmed from mandates that the Obama administration promulgated that put unreasonable demands on employers to cover potentially life-ending drugs, contraception, and sterilization. Hopefully, this brings an eight-year ordeal for the Little Sisters of the Poor to a close and they can focus entirely on ministering to the poor in our communities.”

This ruling, and the Supreme Court’s 7-2 ruling in favor of religious schools’ right to judge their own educators’ understanding of the faith, represent significant victories for religious liberty, and may help reassure conservatives stung by the court’s recent pro-abortion ruling in Louisiana that there remain significant differences between the judicial nominees of President Donald Trump and the type who would be appointed by former Vice President Joe Biden.