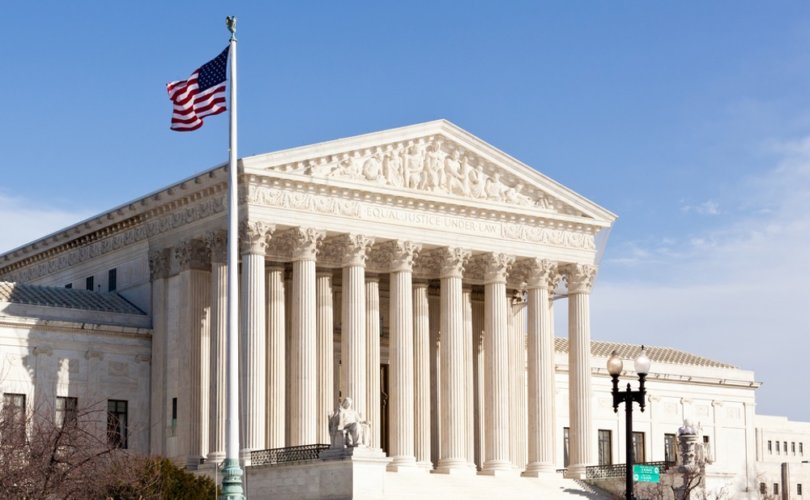 WASHINGTON, D.C. (LifeSiteNews) — The U.S. Supreme Court on Tuesday handed down a major win for American families who opt to send their children to religious schools, ruling that a Maine law prohibiting taxpayer school choice dollars from going to religious institutions was unconstitutional.

In a Tuesday tweet, the Washington Free Beacon characterized the ruling as “the biggest victory the school choice movement has ever achieved in the Supreme Court.”

The Supreme Court voted to extend vouchers to religious schools.

It’s the biggest victory the school choice movement has ever achieved in the Supreme Court.

In declaring Maine had violated the U.S. Constitution by prohibiting tax dollars for religious schools, Roberts said the program had “effectively penalize[d] the free exercise of religion” since “[t]he State pays tuition for certain students at private schools — so long as the schools are not religious.”

Here’s the opinion from John Roberts in Carson v. Makin: https://t.co/guXt0bJwzJ. The vote is 6-3 along ideological lines, with Breyer, Sotomayor, and Kagan in dissent.

Fox News reported that religious schools in Maine had previously been permitted under the tuition assistance program prior to 1981, when Maine adopted a “non-sectarian” requirement that blocked taxpayer dollars from going to religious schools.

“Roberts noted that this addition was made after Maine’s attorney general determined that funding private religious schools would violate the First Amendment’s Establishment Clause,” the outlet reported.

In 2002, however, the Supreme Court ruled that if private citizens made the decision about where money would be spent, such a program would not contradict the First Amendment, Fox pointed out.

The Court’s Tuesday decision reaffirmed the earlier 2002 ruling, the outlet noted. Roberts wrote that “a neutral benefit program in which public funds flow to religious organizations through the independent choices of private benefit recipients does not offend the Establishment Clause.”

Sotomayor, an Obama-appointee, dissented from the majority opinion, which she characterized as an upending of “constitutional doctrine,” CNN reported.

According to Sotomayor, conservatives on the Court are working to tear down “the wall of separation between church and state that the Framers fought to build.”

However, in the majority ruling, Roberts wrote that the separation of church and state “does not justify enactments that exclude some members of the community from an otherwise generally available public benefit because of their religious exercise.”

The Carson v. Makin ruling was one of five decisions handed down by the Supreme Court on Tuesday as the nation awaits a ruling in Dobbs v. Jackson Women’s Health Organization, which concerns Mississippi’s 15-week abortion ban and could result in the overturning of the federal “right to abortion” established in Roe v. Wade (1973).

Many expect the Court to fully overturn both Roe v. Wade and Planned Parenthood v. Casey (1992), which upheld Roe, following the unprecedented leak of a draft majority opinion in Dobbs.

According to the leaked draft, written by Justice Samuel Alito, the decision to create a “constitutional right to abortion” in Roe was “egregiously wrong from the start.”

An official decision is expected on Dobbs any day.