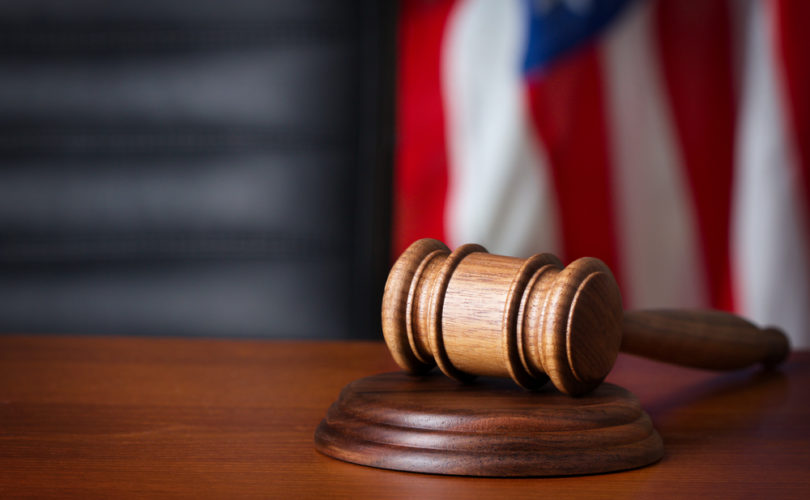 December 23, 2015 (CardinalNewmanSociety) — The U.S. Supreme Court has the opportunity to overturn “a relic of 19th century anti-Catholic bigotry” found in numerous state constitutions and allow parents to use their tax dollars to choose the best education for their children if the Court decides to hear a school choice case involving Colorado’s discriminatory Blaine Amendment, Institute for Justice Senior Attorney Michael Bindas told The Cardinal Newman Society.

The decision of the Supreme Court to hear the case could come as early as January after it reconvenes from winter recess on January 11, 2016.

“I think it’s very likely that the Court will agree to hear this case,” Bindas told the Newman Society in an interview. “It certainly has all the hallmarks of the type of the case the Supreme Court would want to consider.”

Bindas said the case involves “a very important federal constitutional issue” and there is a deep split among the lower courts on the resolution of that issue, “which is another indicator the Court looks for in deciding whether to take a case.” He also cited the many “friends of the Court” who have filed briefs asking the Supreme Court to resolve this case as a good sign it will be heard.

“So I think because of all of those things — the important federal constitutional issue, the confusion on the lower courts and the fact that pretty much everyone out there realizes that this is an issue that has to be decided — I think all of those things strongly suggest that the Court would take this up,” he added.

Bindas is the Institute for Justice's lead attorney representing several families approved for scholarships through the program in one of the petitions to the Court.

Diana Verm, attorney at The Beckett Fund for Religious Liberty, agreed with Bindas, telling the Newman Society, “This is a particularly good case because there’s evidence in the record of the discriminatory nature of the Blaine Amendment in Colorado.”

The Beckett Fund filed an amicus brief to the Court in support of the case.

Blaine Amendments, named for former Speaker of the House and U.S. Secretary of State James G. Blaine, are provisions currently found in 37 state constitutions prohibiting the use of taxpayer funds at “sectarian” schools. After Blaine’s failed attempt to amend the U.S. Constitution with the proposal in 1875, versions of the amendment were “added to state constitutions in order to enforce the nativist bigotry of the day” against Catholics, according to The Beckett Fund.

As Bindas explained in the Wall Street Journal, “In the 19th century, public schools were overtly religious and, invariably, Protestant. Bible reading was standard fare, as was reciting Protestant prayers and hymns.” But in the mid-1800s “increasing numbers of non-Protestant, primarily Catholic, immigrants began arriving.

“These new citizens objected to compulsory education in the Protestant public schools, and there are numerous accounts of Catholic children being beaten and expelled for refusing to participate in Protestant exercises,” Bindas wrote. “There are even judicial opinions upholding these beatings and expulsions.”

Catholics established their own schools in response to the bigotry as safe places where children could learn, and looked to secure public funds for their schools. “That did not sit well with the Protestant majority, and a virulent anti-Catholic nativism erupted,” according to Bindas, sparking the Blaine Amendments still found in state constitutions today.

Now, “the worm has turned,” wrote Bindas, and “judges charged with interpreting those constitutions today are interpreting sectarian to mean all religions.”

Colorado’s Blaine Amendment is found in Article IX, Section 7 of the Colorado Constitution:

Neither the general assembly, nor any county, city, town, township, school district or other public corporation, shall ever make any appropriation, or pay from any public fund or moneys whatever, anything in aid of any church or sectarian society, or for any sectarian purpose, or to help support or sustain any school, academy, seminary, college, university or other literary or scientific institution, controlled by any church or sectarian denomination whatsoever; nor shall any grant or donation of land, money or other personal property, ever be made by the state, or any such public corporation to any church, or for any sectarian purpose.

The Choice Scholarship Program (CSP) in Douglas County, Colo., was set up to “provide up to 500 Douglas County students with scholarships for the qualified private-partner school of their choice.” Unlike other modern school choice programs, there were no income limitations or requirements to apply for the scholarship, and no requirement that the public schools the students would otherwise attend be failing schools.

Private schools in the area were asked to apply for participation in the program, and to “submit to a rigorous analysis” of their academic programs and financial records. Sixteen of the 23 schools approved for the program had a religious affiliation, which was not taken into account during the approval process. Eleven schools were denied approval for the partner program. The schools were not required to alter their admittance requirements, so parents and students were encouraged to research the admission criteria and also the expectations of participation in school programs.

In order to be eligible for one of the 500 scholarships, students had to reside within the Douglas County School District no less than one year, and be enrolled in a public school in the District. Students were required to fill out an application for the scholarship, and had to apply separately to the private-partner school they wished to attend. The students selected for the CSP and accepted to a private school partner within the program were to receive a restricted check from the District payable to their parents that had to be signed over to the private-partner school. Scholarship amounts for the 2011-2012 school year were up to $4,575. The number of applications exceeded the cap of 500 students for the 2011-2012 school year and a waiting list was created, but families did not receive the funds due to a court injunction.

In June 2011, the ACLU, Americans United for Separation of Church and State, and supporting groups went to the Denver District Court to stop the scholarship program, and a permanent injunction was issued the following August after the judge decided the program violated the state Constitution. That injunction was overturned by the Colorado Court of Appeals in February 2013 in a decision stating that the ACLU and others lacked standing in the case, and, more importantly, that the scholarship program did not violate the state Constitution.

But the Colorado Supreme Court reversed the decision of the Court of Appeals in June 2015 and ruled that the scholarship program did violate Colorado’s Blaine Amendment in Article IX, Section 7 of the state Constitution.

“This is a disappointing ruling for the students of Douglas County and all students in Colorado,” Douglas County School District Board of Education President Kevin Larsen said at the time. “But today’s ruling paves the way for the U.S. Supreme Court to evaluate the constitutionality of Colorado’s Blaine Amendment, which is an ugly part of no fewer than 37 state constitutions.”

“The Douglas County School District … seeks to divert millions of state taxpayer dollars — which are designated for public elementary and high-school education — to private schools that are owned and operated by churches and other religious organizations,” the ACLU and other groups argued before the Colorado Supreme Court, saying the program provides direct support for religious schools.

Following the Colorado Supreme Court’s decision, the ACLU, Americans United for Separation of Church and State, and their supporters issued a statement pointing out the citation of Article IX, Section 7 of the state Constitution in the decision: “[T]his stark constitutional provision makes one thing clear: A school district may not aid religious schools. Yet aiding religious schools is exactly what the [voucher program] does.”

Both Bindas and Verm told the Newman Society that the decision is a violation of the U.S. Constitution.

“If you’re refusing to provide funds to private schools specifically because they’re religious or specifically because they’re Catholic, and the rationale you’re using is based on a law that was enacted at a time when discrimination against Catholics was rampant, and enacted as a result of discrimination against Catholics, that’s going to violate the federal Constitution,” argued Verm.

Bindas explained that the Supreme Court could rule to invalidate all Blaine Amendments across the country if it takes the case, but the Court “wouldn’t necessarily have to go that far,” and could resolve the case more narrowly by addressing the constitutionality of a Blaine Amendment as applied to the specific type of program at issue in Colorado. “But it could also go further than that, and in fact invalidate Colorado’s Blaine Amendment itself,” he added.

And while it’s possible that the Supreme Court could end up deciding the issue of Blaine Amendments once and for all, “It would certainly be wonderful if people at the state level took it upon themselves to go out and amend or remove these provisions from state constitutions,” Bindas said. “And they should be removed, they are vestiges of anti-Catholic bigotry.”

The infringements on religious freedom and school choice posed by Blaine Amendments are issues every Catholic family in the U.S. should be focused on, according to Bindas.

“Every parent, Catholic or not, should be concerned about this because Douglas County tried to empower parents by providing them choice over their children’s education, and tried to provide the widest array of educational options so that parents could make the right choice for their kids,” he said. “And the plaintiffs challenging this program are using a relic of 19th century anti-Catholic bigotry to deny parents the ability to choose the best schools for their kids, including religious schools. Every parent should be concerned about that.”