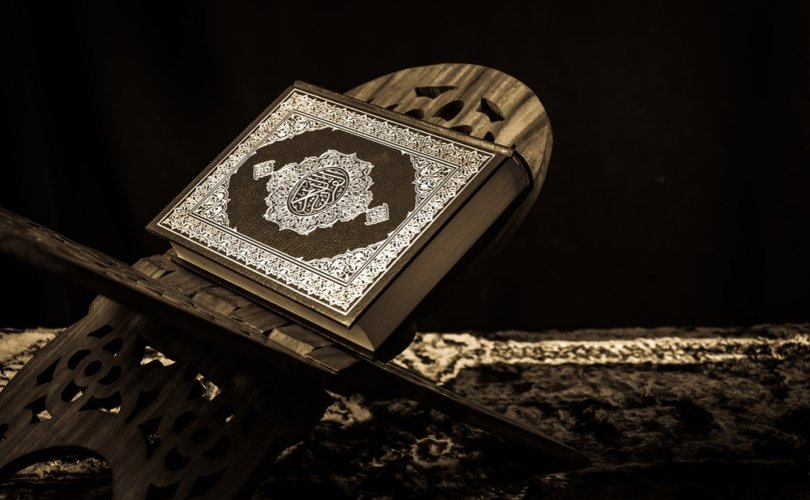 October 15, 2019 (LifeSiteNews) — The U.S. Supreme Court today declined to review the case of Caleigh Wood, a Christian eleventh-grade public high school student in Maryland who, despite threats of receiving a failing grade, refused to deny her faith by making a written profession of the Muslim conversion prayer known as the Shahada — “There is no god but Allah and Muhammad is the messenger of Allah.“

She was also forced to view a series of pro-Islamic PowerPoint slides, including one that stated, “Most Muslims' faith is stronger than the average Christian.” The high school's content specialist, Jack Tuttle, testified that use of such a comparative statement was inappropriate and that he would have advised the teacher not to use it. Nevertheless, the Fourth Circuit Court of Appeals opined that the teaching did not violate the Establishment Clause.

I'm not aware of any public school which has forced a Muslim student to write the Lord's Prayer or John 3:16: “For God so loved the world, that he gave his only begotten Son, that whosoever believeth in him should not perish, but have everlasting life.”

Thompson continued, “Yet, under the pretext of teaching history or social studies, public schools across America are promoting the religion of Islam in ways that would never be tolerated for Christianity or any other religion. It's disappointing that the Supreme Court did not take this opportunity to clarify the test which lower courts should use when ruling on establishment clause and free speech challenges to public school classes on religion.”

The legal question at stake was whether La Plata High School violated the First Amendment's Establishment and Free Speech Clauses when it gave Caleigh Wood an assignment she was unable to complete without violating her religious conscience as a Christian.

She believes it is a sin to profess the existence of any other god but the Christian God. She stood firm in her Christian beliefs and was punished for it. School officials refused her father's request that she be allowed to opt out or be given an alternative assignment. She refused to complete her anti-Christian assignment and consequently received a failing grade.

Thompson added: “Many public schools have become hotbeds of Islamic propaganda. Teaching Islam in schools has gone far beyond a basic history lesson. Prompted by zealous Islamic activism and emboldened by confusing court decisions, schools are now bending over backwards to promote Islam while at the same time denigrating Christianity.”

“Although the Supreme Court passed up an opportunity to provide clearer constitutional guidance on this important issue, there will be other chances as this issue isn't going away anytime soon,” he said.

Many schools have become willing instruments of Islamic indoctrination. And in Caleigh Wood's case, the weapon of choice was the PowerPoint presentation, which included the following statements: