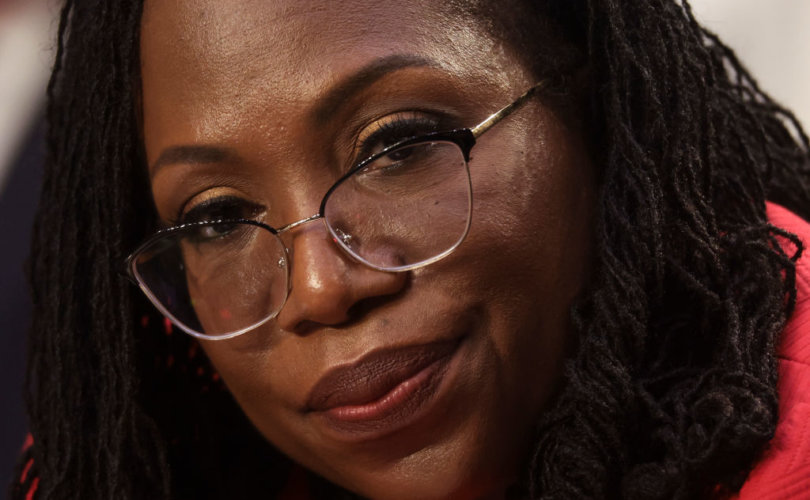 WASHINGTON (LifeSiteNews) — Senate cross-examinations are underway for D.C. Circuit Court of Appeals Judge Ketanji Brown Jackson’s nomination to the U.S. Supreme Court, including a telling exchange in which the judge professed ignorance on one of the most fundamental questions of constitutional jurisprudence.

“When does life begin, in your opinion?” asked Republican Sen. John Kennedy of Louisiana. “I don’t know,” Jackson replied with a nervous chuckle.

“Do you have a belief?” Kennedy followed up, to which Jackson said she has “personal, religious, and otherwise beliefs that have nothing to do with the law, in terms of when life begins,” a “religious view, that I set aside when I am ruling on cases.”

“Okay. When does equal protection of the laws attach to a human being?” Kennedy pressed.

“Well Senator, I believe that the Supreme Court — actually, I actually don’t know the answer to that question,” Jackson said. “I’m sorry. I don’t.”

KENNEDY: When does equal protection of the laws attach to a human being?

JACKSON: Well Senator, I believe that the Supreme Court — actually, I actually don’t know the answer to that question, I’m sorry.

It is a common pro-abortion tactic to frame the question of when life begins as a purely theological one, despite the fact that science has a conclusive answer.

Long-settled biological criteria and mainstream medical textbooks establish that a living human being is created upon fertilization and is present throughout the entirety of pregnancy. Many abortionists and abortion defenders have admitted as much; in 2019, University of Chicago Department of Comparative Human Development graduate Steve Jacobs found that 96% of more than 5,500 biologists he surveyed agreed, despite overwhelmingly identifying as “liberal,” “pro-choice,” and Democrats, and a majority identifying as “non-religious.”

Acknowledgment of when an individual life begins is of particular importance to judges, who are tasked with upholding the equal protection of individual rights. As clarified by the Fourteenth Amendment, the Constitution forbids any state from “deny[ing] to any person within its jurisdiction the equal protection of the laws,” with “person” meant to encompass any human being, according to the amendment’s architects.

By contrast, the judicial precedent that forces all fifty states to tolerate legal abortion depends in large part on the false notions that life’s beginning is factually unknowable, or at least beyond the scope of constitutional law.

Nominated by President Joe Biden to replace the retiring Justice Stephen Breyer on the Supreme Court based in large part on her race and sex, after the urging of a coalition of “progressive” groups including MoveOn and Demand Justice, Jackson has also drawn scrutiny for her light sentencing in child pornography cases and unwillingness to define “woman” in apparent deference to transgender dogma.

Jackson’s eventual confirmation is a foregone conclusion in the Democrat-controlled Senate; the only question remaining as to the outcome is whether a handful of moderate Republicans will join them, giving Biden and his allies the ability to claim her approval was “bipartisan.”