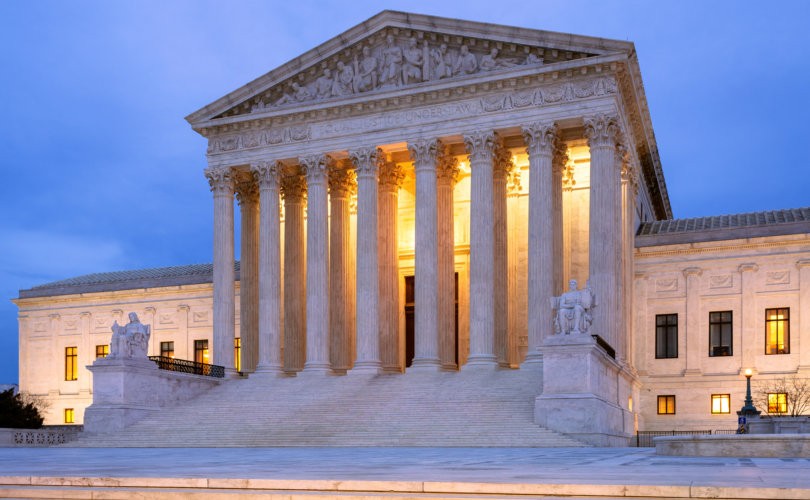 WASHINGTON, D.C. (LifeSiteNews) – The U.S. Supreme Court has refused to block yet another local COVID-19 vaccine mandate, declining to offer national clarity on the issue even as another ruling may render this particular case moot.

New York City’s Democrat leaders have left the vaccine mandate for municipal workers in place despite ending the private employer mandate effective November 1, resulting in the firing of scores of public workers.

NYPD Detective Anthony Marciano, who is unvaccinated but has natural immunity from prior infection, filed a lawsuit against the mandate after his request for a religious exemption was denied, noting that “the City has denied 99% of all religious and medical exemptions for municipal workers.”

His petition to the Supreme Court was initially rejected by left-wing Justice Sonia Sotomayor but later granted by conservative Justice Clarence Thomas. However, the Epoch Times reports that at least five justices ultimately decided not to grant an injunction. The Court did not explain its reasoning, or reveal how the individual members voted.

However, in a separate case late last month brought by the Police Benevolent Association (PBA), the largest law-enforcement union in the city, New York State Supreme Court Justice Lyle Frank ruled the mandate “invalid to the extent it has been used to impose a new condition of employment to current PBA members,” on the grounds that the city did not collectively bargain with the union over it.

Marciano’s attorney, Patricia Finn, told Epoch that Frank’s ruling may have rendered the lack of an injunction moot, though they still intend to pursue the case. “We will continue in the Second Circuit with the case, and move our way up the ladder again if needed,” she said. “We are optimistic about moving forward and expect to reach the Supreme Court in the near future and obtain a favorable ruling.”

Many Americans harbor moral reservations about the use of aborted fetal cells in the COVID vaccines’ development, as well as grave concerns about the necessity and safety of the shots given the superiority of natural immunity, COVID’s low risk to most otherwise-healthy individuals, the vaccines’ failure to prevent infection, their accelerated development under former President Donald Trump’s Operation Warp Speed initiative giving them only a fraction of the evaluation and development time vaccines normally take, the lack of transparency from their manufacturers, and mounting evidence of serious adverse effects.

This March, it was found that 11,289 cases of pericarditis/myocarditis after COVID vaccination were reported to the U.S. government’s federal Vaccine Adverse Event Reporting System (VAERS) between January 1 and February 25 of this year, which was already 47% of the 24,177 reports for the same submitted in all of 2021. An April study out of Israel indicates that COVID infection alone cannot account for such cases, despite claims to the contrary.

While the Court’s refusal to block the NYC mandate may no longer be necessary to grant relief to the city’s police, it foregoes an opportunity to rule against the municipal mandate more broadly, or to set a clear precedent against any state or local COVID vaccine mandates, something the current justices have been largely unwilling to do.