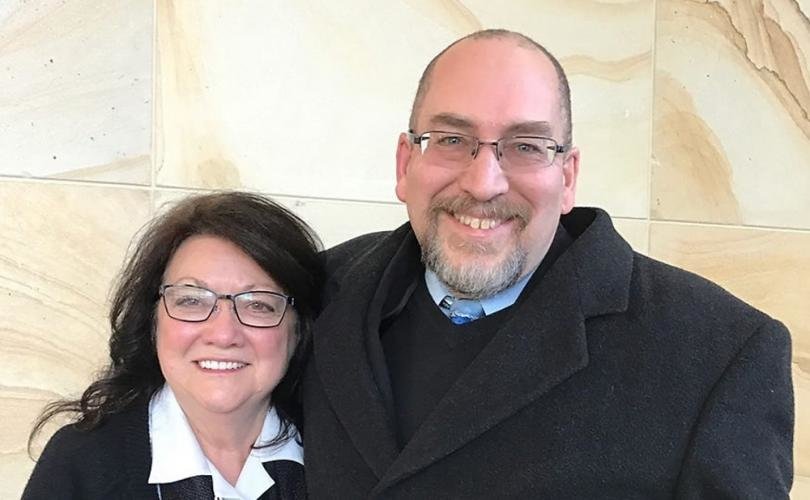 March 8, 2019 (LifeSiteNews.com) – The Supreme Court of the United States has refused to hear an appeal of a conviction of Christian businessmen Philip Zodhiates, who is currently serving a sentence in a federal prison for helping a Christian woman and her child escape court-enforced visits with an unrelated lesbian “mother” imposed on the child by a Vermont court.

The Court dismissed the appeal filed by Zodhiates’ private attorney, as well as three “friend of the court” (amicus curiae) briefs filed in support of Zodhiates appeal by several organizations and coalitions of groups concerned about the implications of the case for the rights of natural parents, as well as the dangers implied for constitutional protections against unreasonable search and seizure by government authorities.

Zodhiates was convicted in 2016 of the crime of “international parental kidnapping” for driving Lisa Miller and her daughter Isabella to the Canadian border in 2009, where she allegedly crossed into Canada and took a flight to Nicaragua. An international manhunt that targeted the Mennonites who protected Lisa and Isabella turned up nothing.

Miller was seeking to protect her daughter from exposure to court-enforced visits with Janet Jenkins, a lesbian with whom Miller had had a sexual relationship and civil union partnership before repenting and returning to her Christian faith. Although Isabella was born to Lisa via artificial insemination while Miller and Jenkins were living together, Jenkins never adopted Isabella and her name is not on her birth certificate. Nonetheless, a Vermont court declared that Jenkins is, in addition to Lisa, Isabella’s “mother.”

Before disappearing with her daughter in Nicaragua, Miller told LifeSite and other publications about disturbing signs of trauma suffered by Isabella while she was visiting Jenkins. Although several sworn affidavits were filed with Vermont courts supporting those concerns, the courts continued to require Miller to turn her child over to Jenkins on an unsupervised basis. Zodhiates later told a federal judge that he was motivated to help Lisa by concern over evidence of sexual abuse by Jenkins.

Zodhiates, 61, is president of the conservative direct mail fundraising company Response Unlimited, and is an adoptive father of six children from Central America. He began his three-year sentence for “international parental kidnapping” on December 5 of last year, turning himself in to the Ashland, Kentucky, Federal Correctional Institute. With the refusal of the Supreme Court to hear Zodhiates’ appeal, it appears that all avenues to overturning his conviction are now closed.

In its amicus curiae brief, the Religious Freedom Coalition argued that Philip Zodhiates, as well as Lisa Miller herself, are victims of an ideologically-motivated witch hunt designed to punish anyone who resists the LGBT agenda.

“The sheer intensity of the search for Ms. Miller and the zeal to prosecute those affiliated with her in anyway are undoubtedly fueled by the powerful gay and lesbian activist organizations that have represented or are still representing Ms. Jenkins,” the Coalition wrote. “These organizations include the ACLU, Lambda Legal Defense and Education Fund, and the Southern Poverty Law Center among others.”

“When Lisa Miller disappeared in 2009 she became the subject of a massive manhunt spanning the world,” the Coalition stated. “The FBI has been involved, three men have been charged and/or  convicted of federal crimes, and a Mennonite camp in Nicaragua has been turned upside down.”

“The systematic targeting of conservative Christians who stand for biblical values is well documented. While the banning of MAGA caps is celebrated, the mere affirmation of biblical teaching on marriage and homosexuality — unchanged for 2,000 years — is condemned as ‘disgusting.’”

The Foundation for Moral Law argued that Lisa Miller herself is not guilty of “parental kidnapping” because as the natural parent she had a legitimate motive for acting to protect her daughter from the influence of Janet Jenkins, whose lesbianism is contrary to Lisa Miller’s Christian religious beliefs.

“Ms. Miller fled the country with her daughter because of her Christian faith,” the Foundation stated in its brief. “She had religious objections to her daughter being raised by a lesbian, and the Constitution of the United States protects her rights to object, both on religious grounds and as the child’s natural parent.”

Zodhiates’ personal appeal was based on the warrantless acquisition of his cell phone records, which was justified by the lower courts by granting a “good faith exception” to the prosecutor who requested them, even though he had not received a court order from a judge who had determined that probable cause existed for the acquisition.

Zodhiates’ attorney argued that “good faith exception” granted by the lower courts ran contrary to a previous Supreme Court decision prohibiting exceptions in cases in which a government official believes erroneously that he has a right to obtain the records in question.

The Religious Freedom Coalition argued that applying the “good faith exception” to allow the use of Zodhiates cell phone records looked like “religious persecution,” and told the Court that it was Zodhiates himself who deserved such an exception.

Zodhiates’ case “smacks of religious persecution because Zodhiates’ actions in assisting a single mother and her minor daughter occurred in the context of a highly controversial case of first impression to establish parental rights in a former same sex partner,” the Coalition said in its brief. “The  ‘good  faith’ exception  should  properly apply to  Philip  Zodhiates,  not  the  overly  zealous prosecutor who improperly seized Mr. Zodhiates’ CSLI (cell phone records).”

The request for a hearing was rejected because it failed to receive the votes of at least four Supreme Court justices. The Court currently has a majority of five justices who are perceived as conservative picks, including Clarence Thomas, John Roberts, Samuel Alito, Neil Gorsuch, and Brett Kavanaugh.

Justice Neil Gorsuch appeared to show sympathy for Zodhiates’ case when in December of last year he reversed a decision by Justice Ruth Bader Gisberg to reject an appeal for a stay of sentence while an appeal of the verdict against Zodhiates was prepared. However, the full court voted to turn down the stay of sentence, and has now chosen not to hear Zodhiates’ appeal.

Only about four percent of the thousands of paid appeals to the Supreme Court are accepted to be heard by the justices each year. When an individual privately files as a “pauper” who cannot afford an attorney, the acceptance rate falls to less than .2%.

Rejection of a rehearing by the Court does not necessarily indicate that the justices regard the case as not having merit, but may simply reflect the limited resources of the Court, which is able to hear less than one hundred appeals each year.

A radio interview given by Zodhiates only days before his incarceration can be found here: