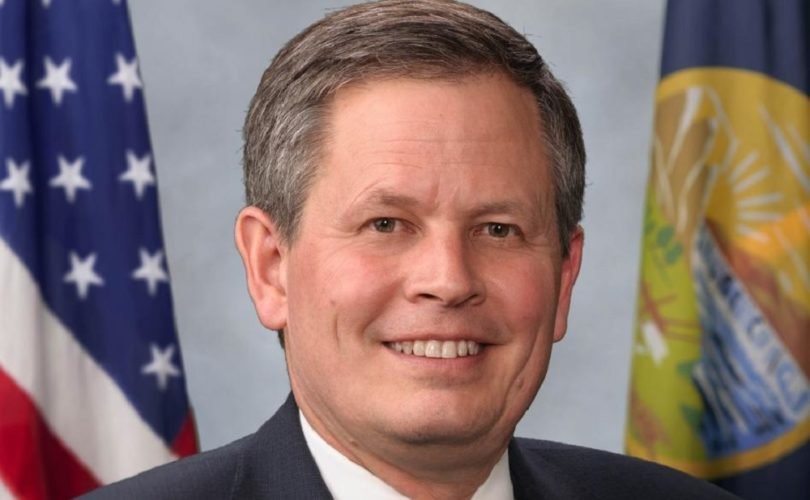 WASHINGTON (LifeSiteNews) — Among the voices urging the U.S. Supreme Court to overturn a half-century of abortion precedent was Republican Sen. Steve Daines of Montana, who took the opportunity to deliver floor remarks calling the case an opportunity to both “modernize” America’s abortion laws and bring them more in line with those of the rest of the civilized world.

“When our Founding Fathers laid out the Declaration of Independence, they talked about Life, Liberty and the Pursuit of Happiness,” Daines said on November 30, the day before the nation’s highest court began hearing oral arguments in Dobbs v. Jackson Women’s Health Organization. “You can’t have liberty and the pursuit of happiness without first having that unalienable right given by God, and that is the right to life.”

In 2017, the left-wing, pro-abortion Washington Post admitted that pro-lifers were correct that just seven countries out of “198 countries, independent states, and semi-autonomous regions with populations exceeding 1 million” permit elective abortions past 20 weeks of pregnancy: Canada, China, the Netherlands, North Korea, Singapore, the United States, and Vietnam.

“Today, babies are surviving outside the womb as early as 21 weeks, but not yet as early as 15 weeks,” he noted. “It is barbaric to deny life-saving protections to a helpless preborn child like this one simply because she cannot survive outside the womb. The reality is … a full term, 40-week baby needs nurturing, care and medical assistance to survive outside of the womb.”

Daines stressed that, contrary to the rhetoric of Democrats and pro-abortion activists, overturning Roe would not directly ban abortion nationwide but rather “return the power to state and federal lawmakers” to debate and vote on what the law should be.

However, 22 states currently have laws on the books that would effectively ban abortion within their borders upon Roe’s fall, from pre-Roe abortion bans currently not in effect to “trigger laws” designed not to take effect until the Supreme Court overturns Roe.

“I pray that we will remember tomorrow as the turning point that closes a dark chapter in our nation’s history and heralds the dawning of a new day in America,” Daines concluded. “For the pro-life movement, overturning Roe is not the end, but only the beginning.”

Oral arguments in Dobbs left pro-lifers cautiously optimistic, with at least five justices expressing some degree of skepticism toward Roe’s legal merit and none of former President Donald Trump’s three most recent additions to the Court signaling sympathy for the ruling. Some conservatives, however, cautioned that cross-examination does not capture all of the factors that go into justices’ decision-making process, and therefore a split decision upholding HB 1510 without ending Roe remains possible.