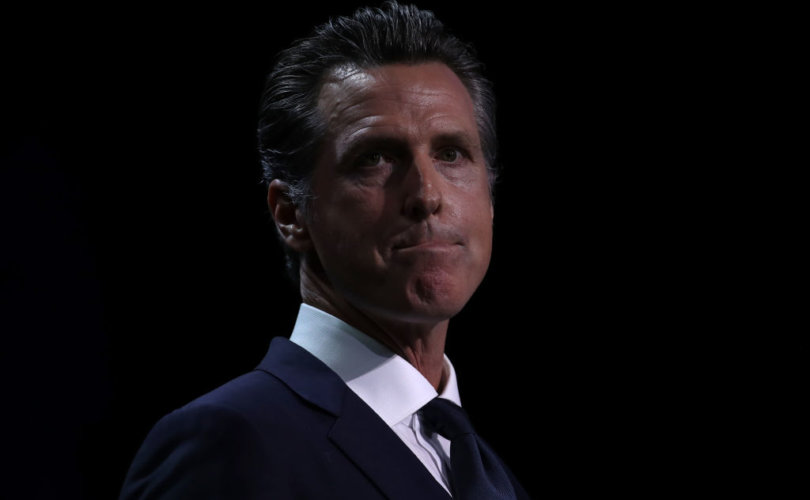 WASHINGTON, D.C., December 3, 2020 (LifeSiteNews) — Religious liberty received a boost today as the U.S. Supreme Court tossed out a California order banning all in-person worship and granted Harvest Rock Church an opportunity to present evidence prior to the country’s top court making a judgement on the matter.

“The application for injunctive relief, presented to Justice Kagan and by her referred to the Court, is treated as a petition for a writ of certiorari before judgment, and the petition is granted,” stated the Supreme Court’s Dec. 3 order.

The Supreme Court “vacated” the lower court order against the California Christian churches were California Governor Gavin Newsom’s worship ban was upheld, stripping it of its effects.

Harvest Rock Church and Harvest International Ministry had sent an emergency petition to Associate Justice of the Supreme Court Elena Kagan on Nov. 20 asking her to “resolve these important questions” involving religious freedom and Newsom having different standards when it came to applying COVID-related measures to churches when compared to the rest of the state.

“For over nine months, the Governor has continued to discriminate against Churches’ religious worship services while permitting myriad nonreligious entities to continue to gather without numerical restrictions inside the same house of worship and in other external comparable congregate assemblies; publicly encouraging and supporting mass protestors, rioters, and looters to gather without numerical restriction in blatant disregard for his own Orders; and has purported to prohibit religious worship services — even in the private homes of Californians — despite the fundamental protections enshrined in the First Amendment,” the emergency petition states.

The Supreme Court in its order today sent the case back down to the lower court, telling it to consider its ruling in light of the Court’s Nov. 26 ruling against New York Governor Andrew Cuomo’s restrictions on places of worship. In that case, it blocked the governor from enforcing the limits against religious buildings and places of worship.

“The handwriting is now on the wall. The final days of Governor Gavin Newsom’s ‘color-coded executive edicts’ banning worship are numbered and coming to an end. It is past time to end these unconstitutional restrictions on places of worship,” he added.

Staver was referring to Newsom’s new “Blueprint” issued on August 28 which established a system of four Tiers.

“The ‘Blueprint’ discriminates against religious meetings in churches and places of worship in every Tier. The chart attached to the petition makes this discrimination very clear. For example, the consequence of the sea of purple in the ‘color-coded executive edict’ is that indoor worship services are completely prohibited for 99.1 percent of Californians, including most of Harvest Rock and HIM churches. However, warehouses, big box centers, shopping malls, liquors stores, family entertainment and destination centers, gyms, fitness centers, and museums receive preferential treatment with either no capacity limits or no numerical limits,” stated Liberty Counsel in a press release.

Liberty Counsel noted that the Christian churches have been threatened with “criminal charges, fines, and closure for being open for worship against the governor’s orders and local health orders. The letters threaten up to one year in prison, daily criminal charges and $1,000 fines against the pastors, staff, and parishioners.”

Earlier this year, LifeSiteNews was on the ground in California covering how Christian pastors were fighting back against Newsom’s orders.

Pastor Ché Ahn of Harvest Rock Church in Pasadena, California told LifeSite correspondent Lisa Stover in August that God did not give Christians “a spirit of fear,” quoting 2 Timothy 1:7, as justification for opposing the Governor’s orders and keeping the churches open.