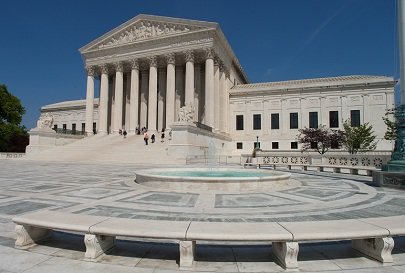 WASHINGTON, D.C., June 29, 2020 (LifeSiteNews) – The United States Supreme Court decided 5-4 to strike down a Louisiana law requiring basic medical precautions in the event of abortion complications, with Chief Justice John Roberts reversing his own past decision to uphold a similar Texas law.

The abortion industry’s attorneys argued the law is no different from the Texas law the Supreme Court struck down in 2016’s Whole Woman’s Health v. Hellerstedt. Pro-lifers argued that not only was Hellerstedt wrongly decided but that Louisiana’s situation is different from that of Texas anyway, including that most Louisiana hospitals don’t have the Texas requirement that doctors must see a minimum number of patients per year to qualify for admitting privileges.

“Louisiana abortion providers have a record of non-compliance with basic safety regulations, and now they want a special exemption from generally-accepted medical standards that apply to similar surgical procedures in our State,” Louisiana Attorney General Jeff Landry declared in March. “Women seeking abortions deserve better than that; they should have the same assurance of prompt and proper care in the event of complications.”

Liberal Justice Stephen Breyer wrote the majority opinion, which held that the Louisiana law was unconstitutional for the simple fact that it was “almost word-for-word identical” to the Texas one the court already struck down in 2016. He cited the lower court’s determination that the Louisiana law “offers no signficant health benefit,” but “places a substantial obstacle in the path of women seeking abortion,” and “will continue to make it impossible for abortion providers to obtain conforming privileges for reasons that have nothing to do with the State's asserted interests in promoting women's health and safety.”

Roberts invoked the legal doctrine of stare decisis, a controversial theory that claims past opinions gain legal weight simply by virtue of how long they last, regardless of how faithfully they reflect the law or the Constitution. That doctrine “requires us, absent special circumstances, to treat like cases alike. The Louisiana law imposes a burden on access to abortion just as severe as that imposed by the Texas law, for the same reasons. Therefore Louisiana’s law cannot stand under our precedents.”

Justices Clarence Thomas, Sameul Alito, Neil Gorscuh, and Brett Kavanaugh all dissented, with Thomas asserting the challenge to the law should have been rejected for the simple fact that the abortionists in question had no legal standing to bring it in the first place. “Today a majority of the Court perpetuates its ill-founded abortion jurisprudence by enjoining a perfectly legitimate state law and doing so without jurisdiction,” Thomas wrote.

“The plurality concludes that the Louisiana law does nothing to protect the health of women, but that is disproved by substantial evidence in the record,” Alito wrote. “And the plurality upholds the District Court’s finding that the Louisiana law would cause a drastic reduction in the number of abortion providers in the State even though this finding was based on an erroneous legal standard and a thoroughly inadequate factual inquiry.”

“Both the plurality and the Chief Justice hold that abortion providers can invoke a woman’s abortion right when they attack state laws that are enacted to protect a woman’s health,” Alito continued. “Neither waiver nor stare decisis can justify this holding, which clashes with our general rule on third-party standing. And the idea that a regulated party can invoke the right of a third party for the purpose of attacking legislation enacted to protect the third party is stunning. Given the apparent conflict of interest, that concept would be rejected out of hand in a case not involving abortion.”

Monday’s ruling means a reprieve for Louisiana’s three abortion facilities and the preservation of a major obstacle to other states regulatinig the abortion industry. It also means the court missed an opportunity to make a broader determination on the underlying legitimacy of Roe v. Wade and Planned Parenthood v. Casey, which force all 50 states to permit most abortions.

In January, more than 200 members of Congress signed a brief urging the court to use the case as an occasion to reconsider Roe. The ruling is largely defended not on its legal merits (numerous pro-abortion legal minds, including Ginsburg herself, have acknowledged the ruling’s flaws), but on its status as precedent, with the contemporary interpretation of the stare decisis doctrine holding that Roe’s lengthy history staying on the books grants it added weight. Thomas has forcefully rejected such arguments.

“We are disappointed that SCOTUS continues to protect the practices of abortion providers at the expense of women’s wellbeing,” National Institute of Family and Life Advocates (NIFLA) attorney Angie Thomas reacted in a statement. “Louisiana abortion providers have an alarming and dangerous record of substandard healthcare—including botched abortions and failure to satisfy basic sanitary requirements. Unfortunately, this ruling will allow the abortion industry to continue to put profits before patients.”

“Women were dealt a huge blow in today’s ruling from the Supreme Court,” pro-life activist and former abortion insider Abby Johnson added. “By deciding that abortion doctors and clinics need to follow a separate, less stringent set of rules than every other medical facility leaves women open to the consequences of an industry that has mastered cutting corners on healthcare. Most any state health department report on their local abortion clinics will more than likely have repulsive citations that should make any woman question walking inside those doors. Things like rusty equipment, the use of expired medications, tears in surgery and exam tables, holes in floors where rodents can slip inside are all fairly common citations, which would shut down most restaurants and medical facilities –unless they were abortion clinics.”

Monday’s ruling marks the third time Roberts, a highly-controversial Republican appointee, has angered social conservatives in June, following his joining the liberal justices in writing homosexuality and transgenderism into “sex discrimination” and in upholding California’s COVID-19 restrictions on religious assembly. The fact that he applied a precedent he himself rejected just four years earlier, solely on the basis of stare decisis, strongly suggests he is all but certain to support the 47-year-old Roe v. Wade on the same basis.

On the other hand, Gorsuch and Kavanaugh joining the conservative dissenters may help reassure social conservatives going into the 2020 election that, despite Gorsuch joining Roberts and the liberals on the LGBT ruling, President Donald Trump’s judicial nominees have still made and would continue to make a critical difference compared to the nominees of former Vice President Joe Biden.