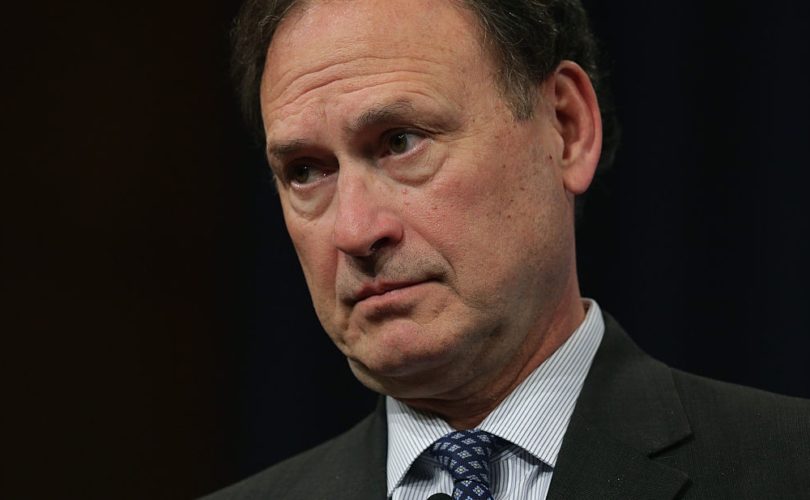 The high court ruled 6-3 in favor of a ban on ballot harvesting and a law that disqualifies votes cast in the wrong precinct, finding that the measures did not violate the Voting Rights Act of 1965 (VRA). Justice Alito authored the majority opinion, which Chief Justice Roberts, and Justices Barrett, Gorsuch, Kavanaugh, and Thomas joined. Justice Kagan delivered a dissent joined by the court’s two other liberal justices.

At issue was whether Arizona’s policies contravene Section Two of the VRA by denying equal participation for minority voters. “In these cases, we are called upon for the first time to apply Section 2 of the Voting Rights Act to regulations that govern how ballots are collected and counted,” Justice Alito wrote. “Arizona law generally makes it easy to vote.”

Democrats who sued Arizona argued that the ballot harvesting law (HB 2023) and the out-of-precinct rule disproportionately affected minorities, thereby violating the VRA. The court rejected those arguments, however, with Justice Alito affirming that “neither Arizona’s out-of-precinct rule nor its ballot collection law violates Section 2 of the Voting Rights Act.”

“Arizona’s out-of-precinct rule enforces the requirement that voters who choose to vote in person on election day must do so in their assigned precincts. Having to identify one’s own polling place and then travel there to vote does not exceed ‘the usual burdens of voting.’ On the contrary, these tasks are quintessential examples of the usual burdens of voting,” he said.

“Voting necessarily requires some effort and compliance with some rules.”

The justices related that Democrats “were unable to provide statistical evidence” of a disparate impact on non-white voters due to HB 2023. “And without more concrete evidence, we cannot conclude that HB 2023 results in less opportunity to participate in the political process.”

“The mere fact that there is some disparity in impact does not necessarily mean that a system is not equally open or that it does not give everyone an equal opportunity to vote,” Justice Alito wrote. “And small disparities should not be artificially magnified.”

Alito also pushed back on claims that evidence of fraud is necessary to justify laws like HB 2023. “And it should go without saying that a state may take action to prevent election fraud without waiting for it to occur and be detected within its own borders,” he said. “Section Two’s command that the political processes remain equally open surely does not demand that a state’s political system sustain some level of damage before the legislature can take corrective action.”

“Ensuring that every vote is cast freely, without intimidation or undue influence, is also a valid and important state interest,” Alito continued, citing concerns that ballot harvesting “can lead to pressure or intimidation.”

The Supreme Court’s ruling in Thursday’s case, Brnovich v. DNC, is the court’s first decision on voting rights since 2013, and bodes well for numerous state election integrity laws enacted across the country this year.

Georgia secretary of state Brad Raffensperger, who has been harshly criticized by Republicans for his handling of the 2020 election, told National Review that the Brnovich ruling “vindicated” Georgia’s new election law, SB 202. “We know that SB 202 will also be affirmed, if it gets to the Supreme Court,” he said.

“It reaffirms that states may take action to prevent election fraud without waiting for it to occur within their own borders,” Judicial Watch president Tom Fitton said.

“This new decision rightly rejects the race baiting of the leftist partisans who pretend that neutral provisions to combat voter fraud (such as voter ID and bans on ballot harvesting) are presumptively racist,” Fitton added. “States can be confident that they can go full speed ahead to strengthen elections and protect voting rights with security measures such as voter ID and other sensible measures to make it harder to steal elections.”

Along with Georgia, several Republican-led states, including Arizona, Alabama, Iowa, Kansas, Montana, and Florida, have enacted laws this year designed to secure future elections. Texas Gov. Greg Abbot has called a special legislative session for July to address election reform in the Lone Star State, after he defunded the state legislature for rejecting an elections bill in May.