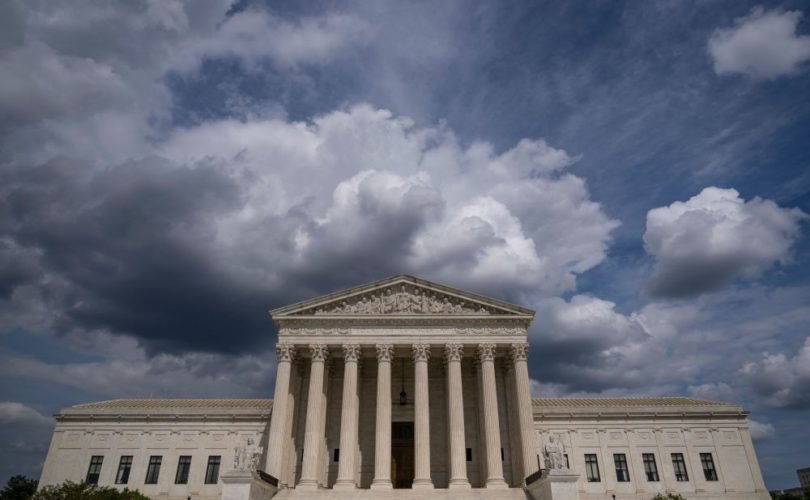 WASHINGTON (LifeSiteNews) — Left-wing U.S. Supreme Court Justice Stephen Breyer declined Tuesday to intervene on behalf of Maine healthcare workers challenging the state’s COVID-19 vaccine mandate, delaying a final decision on whether the nation’s highest court will consider the matter until the end of the month.

Represented by Liberty Counsel (LC), more than 2,000 healthcare workers contend that the state mandate that they be vaccinated violates the First Amendment’s guarantee of religious freedom, as well as the federal government’s obligation to honor religious exemptions and accommodations under Title VII of the Civil Rights Act of 1964.

“All Plaintiffs seek in this lawsuit is to be able to continue to provide the health care they have provided to patients for their entire careers, and to do so under the same protective measures that have sufficed for them to be considered superheroes for the last 18 months,” they argue.

Judge Jon Levy of the Federal District Court in Maine sided with the Maine government last week, prompting an appeal to the Supreme Court. But the New York Times reports that Breyer denied their request, at least until either lower court weighs in or the enforcement deadline kicks in.

“Justice Breyer did not ask for a response to the workers’ application or refer it to the full Supreme Court,” the Times reports. “He said the workers could return to the Supreme Court after the federal appeals court rules on their appeal or if that court does not issue a decision by Oct. 29.”

Liberty Counsel signaled they were in good spirits about the decision in a Tuesday press release.

“We are pleased that the Supreme Court is ready to consider this case if we do not get relief at the First Circuit Court of Appeals or if the lower court does not rule by October 29,” LC founder and chairman Mat Staver said. “As of Monday, our case is now fully briefed at the court of appeals. We look forward to an expedited ruling. There is no question that Gov. Janet Mills cannot nullify federal law and the First Amendment to the U.S. Constitution.”