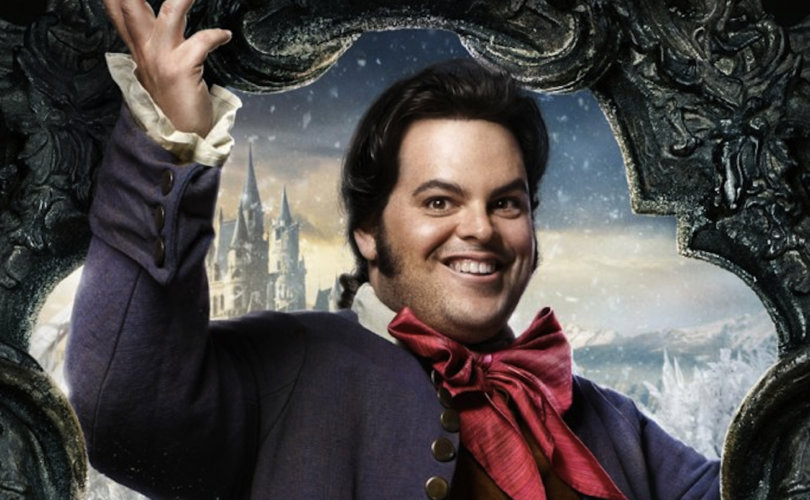 March 16, 2017 (LifeSiteNews) – A survey of 6,700 faith-driven consumers revealed that 95 percent of them are less likely to see Disney's Beauty and the Beast remake due to its gay content.

The group Faith-Driven Consumer released these results along with other data about how Christians view the Disney brand in light of the announcement that Beauty and the Beast will contain an “exclusively gay moment.”

This moment occurs between the male characters Gaston and his manservant Le Fou. Le Fou is sexually attracted to Gaston.

The survey was conducted by American Insights. It polled members of the “FDC community” online. Ninety-four percent “of Faith Driven Consumers are now less likely to spend money with Disney as a whole in light of the 'exclusively gay moment,'” FDC announced.

Others think Disney's motivation was “to be intentionally inclusive of LGBT people” (19 percent), “to accommodate LGBT employees at Disney” (3 percent), and “to accurately reflect real-world diversity” (3 percent).

Eighty-seven percent of those polled “feel that Disney is not equally inclusive of Christians with biblically based values,” FDC reported. Sixty-two percent “say Disney does not reflect their values well at all.”

More than 128,000 people have pledged to boycott Beauty and the Beast.

The gay content has caused international backlash. Russia banned unaccompanied children under 16 from the film. A Malaysian censorship board cut the gay scene out and Disney responded by pulling the movie from the country.

A Singapore Anglican bishop wrote to his clergy, telling them parents should be “strongly advised” about Beauty and the Beast’s “homosexual content.”

The film opens in U.S. and Canadian theaters on Friday.