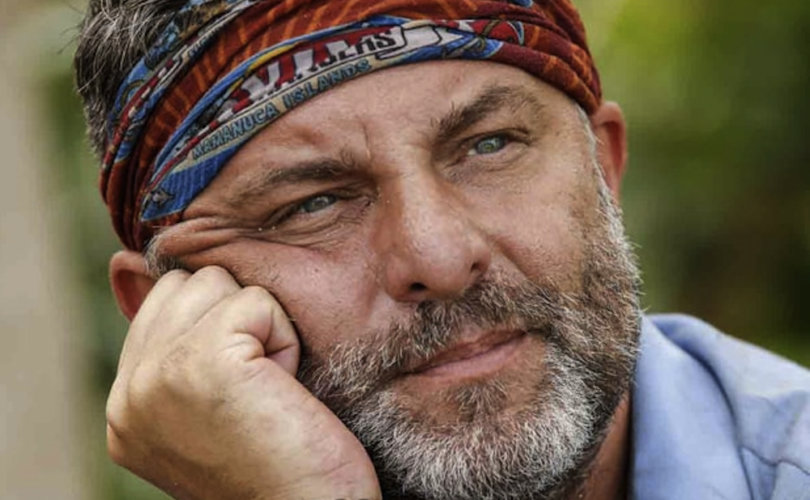 April 19, 2017 (LifeSiteNews) – A contestant on the “reality” TV show Survivor lost his new job selling real estate after a 10-month-old episode aired in which he exposed a rival as being a female-to-male transgender person.

Former contestant Jeff Varner, a one-time newscaster with Fox and CBS affiliates, was fired from his new job as a Greensboro, North Carolina, realtor last week after the show was broadcast.

It showed Varner, a three-time contestant, outing Zeke Smith, a member of his team or “tribe,” as a biological female. His motivation was obvious. In each episode of the show, filmed on the island in the South Pacific Fiji chain, all contestants vote one person off the island and out of the competition for the end-of-season prize of $1 million.

Believing himself to be the next to go, Varner said to show host Jeff Probst, “There is deception here. Deceptions on levels, Jeff, that these guys don’t even understand.”

He then turned to Smith and asked,“Why haven’t you told anyone that you’re transgender?” There is a lengthy pause while the camera moves from one contestant’s face to another, all showing little reaction. Varner then says, “What I’m showing is deception.”

That unleashed a chorus of hostility from the other contestants, who said “that is so wrong,” and “but that is something personal.” Varner retreated, looking desperate and saying, unconvincingly, “I’m not using that as anything negative.” Then he claimed that he stood up for trans people “every day” back in North Carolina.” But the gambit had clearly failed and Varner was the one voted off the island.

Later, Probst commented to Entertainment Weekly, “I cannot imagine anyone thinking what was done to Zeke was OK on any level, under any circumstances, and certainly not simply because there was a million dollars on the line. I think the response from the tribe, as it so often does, mirrors what the vast majority of society will feel. You just don’t do that to someone.”

Smith did not react intelligibly during the episode but later said she was “struggling with forgiving Jeff.” Also, she said he did not believe Varner hated transgender people but felt he “has a lot of misconceptions” about them.

Sworn to silence until the episode aired, Varner said he did tell people at his new employer when he was hired last month.

“As I’m spending hours doing press [on Thursday], I discover I can’t access my email,” he told Entertainment Tonight. Then the real estate association informed him, “‘You’ve been terminated.’ I didn’t even find out from my company,” he said. “Suddenly my real estate license was inactive and my current clients left in the dark.”

Pat Riley, the CEO of Allen Tate Companies, said in a statement that he fired Varner because his actions were inconsistent with the firm’s “core values of honesty, integrity and respect. … To be clear, at no time before the airing of the Survivor episode on Wednesday evening was our management aware of his actions.”

However, it ended on a relatively happy note for Varner, who claimed all of his clients were “coming with me to my new firm.”

The sheer insanity of the 'transgender' fad