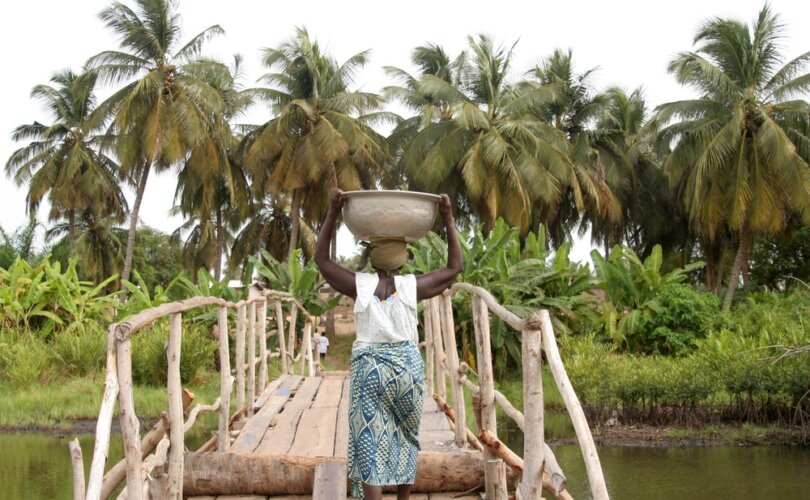 (LifeSiteNews) — Suspected Islamic jihadists kidnapped between 50 and 60 women in the West African country of Burkina Faso, witnesses and local officials told Africa News. Burkina Faso has endured an onslaught of violence from radical Islamic terrorism in recent years, with Christians and western expatriates among those to fall victim to jihadist violence.

According to the January 22 report, around 40 women were kidnapped about six miles southeast of Arbinda, a town in the north of Burkina Faso. About 20 other women were taken from an area just north of Arbinda the following day.

Burkina Faso: Some 50 women kidnapped in the north by suspected jihadists https://t.co/tJWmWPWiNo

“Some were able to escape and return to their villages to bear witness,” Africa News reported, noting that residents and officials who reported the abductions did so on condition of anonymity.

People who spoke with the media said that the women had gone out to gather food and didn’t return.

“On Thursday evening, when they didn’t come back, we thought there had been a problem with their carts,” one of the residents said. “But three survivors came back to tell us what happened.”

“In both groups, some women managed to escape the terrorists’ vigilance and returned to the village on foot,” a resident told the outlet. “We believe that the kidnappers took them to their various bases.”

Local officials told Africa News that the military and “civilian deputies” have searched the surrounding area but have been unable to locate the abducted women.

As previously reported by LifeSiteNews, the West African country has been grappling with Islamic terrorism for roughly seven years. In January 2016, members of al-Qaeda murdered 30 people, including western expatriates, in attacks that targeted a hotel and a restaurant in the country.

Africa News reported that terrorism in Burkina Faso, largely traced to al-Qaeda and the Islamic State, has “left thousands dead and at least two million displaced” since 2015.

In May 2020, roughly 50 residents were killed by jihadists blockading the area. The following month, at least 79 men were killed by terrorists targeting shops and stalls during a Saturday market day in the northern village of Seytenga. In July, eight Christians attending a baptism were killed by Islamic terrorists.

While jihadism has declined in most of the world, it has only increased in recent years in Africa amid unsuccessful efforts by western militaries to curb its spread.

A 2021 report by the Brookings Institute ​​noted that “jihadi insurrections have persisted and are even expanding” in several geographical regions in Africa, including “West Africa, with the border region between Mali, Niger, and Burkina Faso particularly affected.”

The rise of the Islamic terror threat comes “[d]espite massive efforts by European nations and the United States — with France and the United Kingdom on the front lines,” the report continued, noting that the U.S. had roughly 6,000 boots on the ground at the time in Africa. Most were tasked with combating the jihadist terror groups.

Meanwhile, political developments in the U.S. under the Biden administration have increased concerns of a new growth of terrorism in a region that had previously seen a consistent American presence.

The report pointed out that the swift takeover of Afghanistan by the Taliban after the Biden administration’s catastrophic drawdown of U.S. troops in August 2021 has brought “back the nightmarish thought that global jihadi terrorist groups will again find a haven where they can reorganize and thrive.”

Help a heroic Nigerian bishop feed orphans and widows
Bishop Oliver Doeme needs urgent help to meet the needs of persecuted Christians who have been made widows and orphans in his diocese as a result of Islamist attacks.