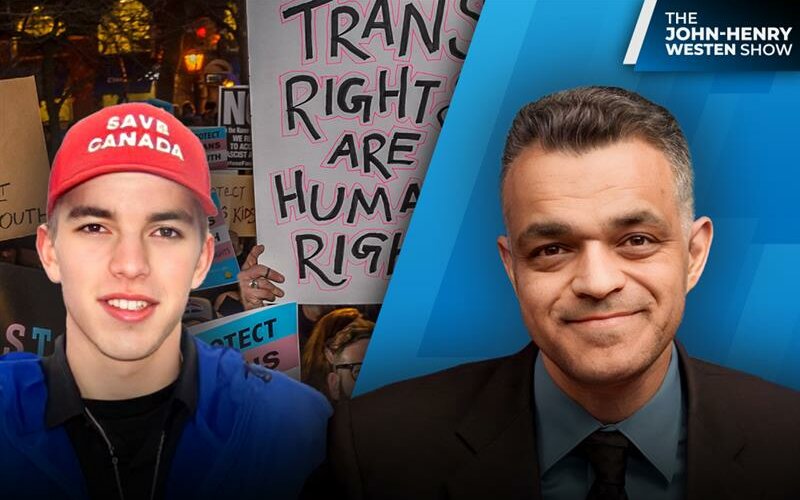 (LifeSiteNews) — A 16-year-old suspended from a Catholic school for staging a walkout over its toleration of gender-confused boys in girls’ bathrooms is appealing his suspension and looking at a possible human rights complaint for religious discrimination.

LifeSiteNews editor-in-chief John-Henry Westen recently interviewed Josh Alexander and his lawyer, James Kitchen of the Liberty Coalition Canada, on the latest updates regarding Alexander’s suspension and the potential for legal action.

As LifeSiteNews reported last week, St. Joseph’s Catholic High School in Renfrew, Ontario, has slapped Alexander with a trespass notice after unsuspending him, all because he attended two classes he was not permitted to attend.

That day, Alexander said, the school’s vice principal followed him around the school and would even “write down anything [he] said.”

Both Alexander and his attorney agree that the school’s treatment of the 16-year-old student represents a clear-cut case of “religious discrimination.”

“I wrote a letter to the principal and I said, ‘Look, this is an unlawful condition. It’s exclusion, it’s segregation. And it’s on the basis of his religious beliefs,'” said Kitchen. “Because the only reason you’re doing this is because his express religious beliefs … the students in the school can’t tolerate those. And so they’re asking him to not be in that space. And this is blatant religious discrimination. So it’s unlawful.”

“As a Christian and just as a man in general,” Alexander said, “I feel a responsibility to stand up to this kind of nonsense.”

“I’m kind of shocked at how little response there has been from the [Catholic] Church,” he added. “I even phoned one of the local churches the other day, and the pastor just told me he didn’t want to speak to me. I couldn’t imagine a leader of a church telling a 16-year-old kid they wouldn’t speak with them, wouldn’t even begin to have a discussion.”

“If I was a member of the Catholic Church, I’d be completely embarrassed by the actions of the school now that they’re claiming they’re Catholic. And it’s kind of disappointing to see the lack of response from the local Catholic church.”

Kitchen echoed his client’s particular concern for the fact that young women are being victimized.

“It is very difficult as a high school student to stand up, particularly a young woman, to speak out and stand up and say, ‘This is wrong. It’s got to stop. We just keep going down this slippery slope towards things that are not Christian, and not morally right, and not good for society, and not good for me and my friends,'” he explained.

As for where matters stand legally, Kitchen said he and Alexander are working on appealing the two suspensions, though he noted St. Joseph’s Catholic High School officials have not yet shown any indication of relenting, which means the possibility of a human rights complaint is on the table.

— Article continues below Petition —
Stand with Josh Alexander against school that allows boys to use girls' bathrooms
Show Petition Text
6829 have signed the petition.
Let's get to 7500!
Thank you for signing this petition!
Add your signature:
Show Petition Text

“If Josh isn’t permitted to actually go back to school, to all of his classes, there’s going to have to be a human rights complaint,” said Kitchen. “Because legally I think the biggest thing that’s going on here is this is blatant religious discrimination. And I think that needs to be exposed, this double standard, this protection of some rights but trampling of others, it needs to be exposed.”

Alexander also has message for young people who wish to courageously stand up for what’s right: “It’s easy. Just go out and do it. And the consequences are more a compliment. Just keep pushing, keep fighting. Don’t give up. Trust in God, and He’ll have your back.”