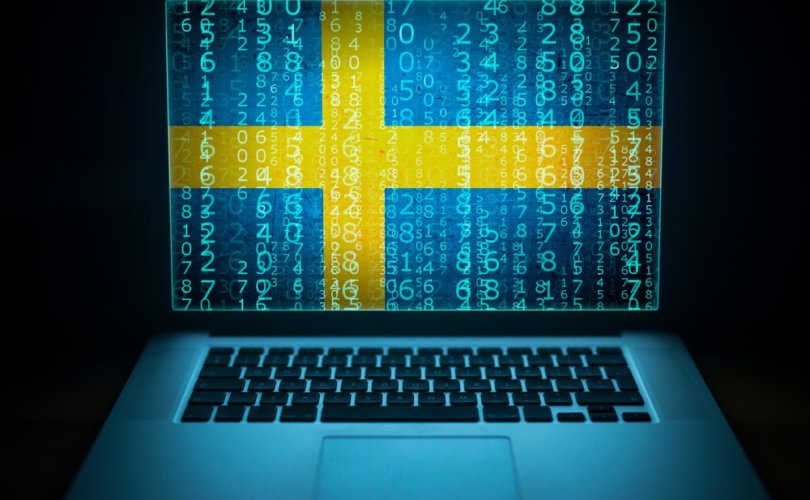 KARLSTAD, Sweden (LifeSiteNews) – The Swedish government has established a new agency for the purpose of dispelling what they consider to be “misinformation,” apparently to help strengthen the Swedish population’s psychological “resilience” against “vulnerabilities in society.”

Known as the Swedish Psychological Defense Agency, the department was launched on January 1 with the former Swedish ambassador to Abu Dhabi, Henrik Landerholm, appointed as its Director General. The apparent mission of the agency is “the coordination and development of agencies’ and other actors’ activities within Sweden’s psychological defence,” the purpose of which is to “safeguard our open and democratic society, the free formation of opinion and Sweden’s freedom and independence.”

The establishment of the agency comes, according to an information page on its new website, in response to “undue information influence and other misleading information that is directed at Sweden or Swedish interests both nationally and internationally.” It is the express task of the agency to “identify, analyse, and prevent” such influences from supposedly misleading the Swedish public.

The new agency, part of Sweden’s Ministry of Justice, warned that what it deems “misleading information” can be a cause of “anxiety, heighten hatred and doubt and make society more vulnerable.” This, in turn, “can be exploited by interests that want to threaten and disrupt Swedish society and our independent decision-making,” the agency stated.

In addition, the group said misleading information “can challenge the life and health of the population, societal functioning and our fundamental values such as democracy, the rule of law and human rights and freedoms.”

But the definition of what might constitute “misinformation” and “disinformation” was left broad and vague, giving little indication of the kind of speech or data that would raise the attention of the agency’s operatives.

“It can be disinformation aimed at weakening the country’s resilience and the population’s will to defend itself or unduly influencing people’s perceptions, behaviours and decision making,” the website explains.

The agency makes equally broad claims about the actions it will take to combat perceived “misinformation,” writing in an FAQ section of the website that it will work “preventively by implementing training and exercises, conducting research, and international cooperation,” and by helping to “study and develop methods and spread knowledge to the general population and relevant actors.”

The government ministry wrote that many individuals “are unaware that they are spreading inaccuracies and that it can be harmful,” asking that citizens remain critical of all information they see to combat the proliferation of “disinformation,” which they say is “spread with malicious intent.”

It is unknown precisely what powers the agency has to penalize citizens and organizations which fall foul of the department’s determination of “malicious intent.”

One measure that the agency has outlined is directing recipients of so-called disinformation to “confirmed information from agencies and other responsible actors” which they have published on a government website called Crisis Information, aimed at countering the alleged false information.

Chapter 2 of Sweden’s constitution states that “freedom of expression: that is, the freedom to communicate information and express thoughts, opinions and sentiments, whether orally, pictorially, in writing, or in any other way,” is to be guaranteed by the state. Included in this statute is the freedom of information, which is spelled out as “the freedom to procure and receive information and otherwise acquaint oneself with the utterances of others.”

The agency has said that it will operate within the confines of constitutionally protected rights and will not interfere with freedom of speech or expression.

LifeSiteNews reached out to the agency for clarification on what measures it might take to combat perceived “disinformation” campaigns and to ask if any specific “misinformation” led to the creation of the agency but received no reply.

Sweden has been at the center of debate throughout the coronavirus crisis, being held up as an example of “light touch” governance regarding COVID lockdowns and other related restrictions.

The country did not implement the full-throated lockdown of its European neighbors, opting instead to encourage a self-imposed quarantine on those who deemed it appropriate, even leaving schools and large parts of the economy to function as normal without measures like mask mandates, implementing physical distancing only in limited situations.

A comparison between Scotland and Sweden, the former of which imposed three full-scale lockdowns and has maintained a mask mandate throughout the crisis, showed that the impact of locking down took a heavier toll on both the economy and the health of the average citizen in Scotland than did Sweden’s more liberal approach.

Deaths in Sweden were also comparable to previous years according to a study published in the Scandinavian Journal of Public Health, suggesting that any excess deaths associated with COVID-19 were minimal.

Worldometer data shows that Sweden’s latest COVID death per million population count is 1,504, ranking 57 in the world, ceteris paribus; whereas in the U.K., of which Scotland is a part, the deaths per million stand at 2,188, placing the island nation some 27 places ahead of Sweden.

A Swedish biohacker has designed a way for COVID vaccine records to be implanted in people’s hands via a microchip, though, and in 2019 before the outbreak of the coronavirus, thousands of Swedes had already opted for under-the-skin microchips to aid them in financial transactions, traveling on the train, and opening locks on doors.