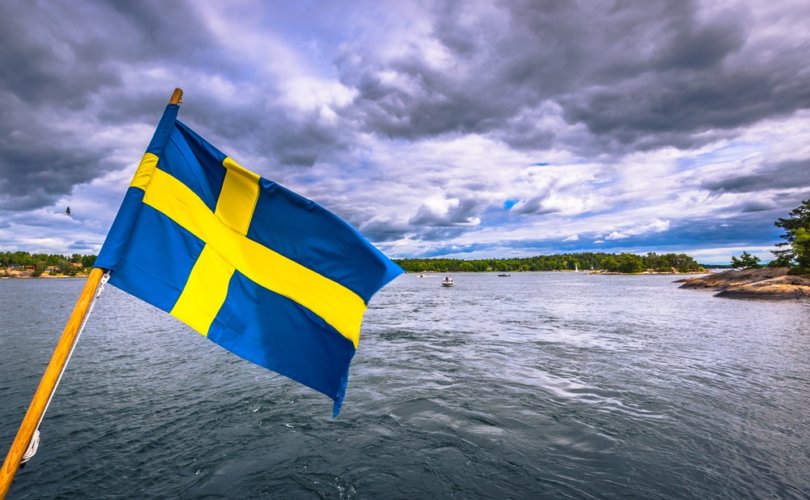 STOCKHOLM, Sweden, April 11, 2019 (LifeSiteNews) – A diocese in the Lutheran Church of Sweden is offering a guide to LGBT young people that claims that because the word “homosexuality” is not specifically mentioned in the Bible the gay lifestyle is acceptable for Christians.

The website offers 10 points, in English and Swedish, that refer to the survival guide for young Christians experiencing same-sex attractions. The objective is to help “young Christian people who, in the LGBT context, are asked about their Christian faith and who are questioned in Christian contexts about their LGBTQ identity.”

Offering “theological interpretations” that it says are important to LGBTQ people who want to “see themselves and their lives as part of the biblical story,” it notes that it is written by and for young people to support them “being who they are (at the moment).”

The website explains that the Young Camelot’s Rainbow Camp is held several times each year so that “young LGBTQ people can meet others and share experiences in one place and in a context where it is OK to be themselves.”

A pamphlet is available in PDF format in Swedish on the website that offer the Swedish church’s view on homosexual orientation. Answers are provided by the church to common reactions to declarations of homosexuality. For example:

The pamphlet also claims that the places in the Bible that apparently prohibit homosexual acts are mere prohibitions against homosexual exploitation and rape.

Also included in the guide are definitions of terms used by cultural leftists, including “queer,” “nonbinary,” two-sex norm,” “cisperson,” and “gender fluid.”

The guide sought to reinterpret commonly understood stories from Old and New Testaments. For example, Joseph — whose brothers sold him into Egyptian slavery — is portrayed as a man “who breaks the norms in terms of gender expression and probably wore clothing intended for a king’s daughter.” The Virgin Mary is described as a woman who broke “traditional sex norms in a patriarchal society.” And Jesus Christ is described as a “queer” who “broke the norm” and  “did not defend the traditional family.”

The website likens the rainbow flag of the LGBTQ movement to the rainbow described in Genesis where God promises Noah and his descendants to never again flood the earth. “A fluttering rainbow flag tells of the great diversity of humanity and reminds us of respect for each other's differences. If everyone were the same, the world would be boring and colorless.” The rainbow flag, it says, reminds young LGBTQ people of “all those who have gone before you,” and who “fought for their rights and wrestled against prejudice” and “give as a gift” to people today, such as same-sex “marriage.”

Contrary to the teachings expressed on  the Swedish church’s website, Christians have long adhered to teachings inherited from Jewish scripture that were restated in the New Testament. For example: “You shall not lie with a male as with a woman. It is an abomination. (Leviticus 18:22), and “So God let them go ahead and do whatever shameful things their hearts desired. As a result, they did vile and degrading things with each other's bodies.” (Romans 1:24)

The Catechism of the Catholic Church states that on the basis of Scripture, homosexual acts are defined as “grave depravity” and under no circumstances can they be approved. The inclination to homosexual acts, it says, is “objectively disordered.” While persons with same-sex tendencies “must be accepted with respect, compassion, and sensitivity,” the Catechism says, “Homosexual persons are called to chastity.”

The Church of Sweden is an Evangelical Lutheran denomination that was once the official church of the nation. It is the largest Christian denomination in Sweden. It offers “marriage” for same-sex couples.