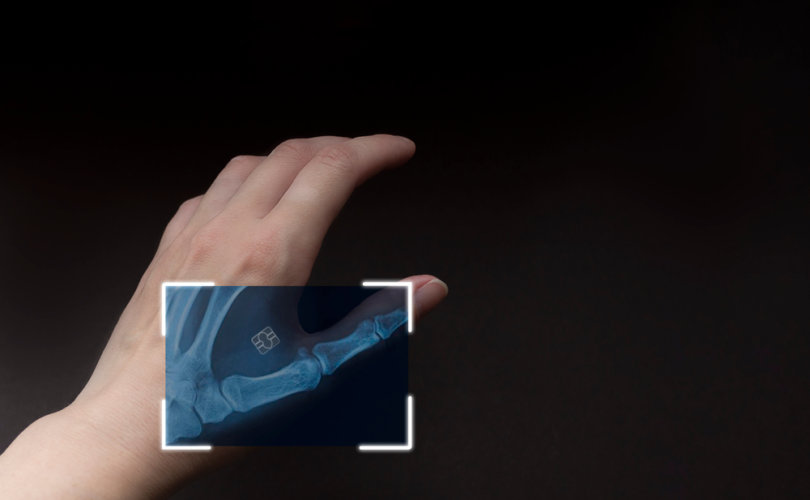 (LifeSiteNews) – A Swedish biohacker and advocate for human augmentation is promoting the use of microchips implanted in the hand to record COVID certificate status.

Hannes Sjöblad, co-founder of BioNyfiken, a Swedish association of biohackers and “Chief Disruption Officer” at Epicenter Stockholm, demonstrated to Aftonbladet how by simply placing his cell phone against his forearm that he was able to pull up an EU digital COVID certificate on his phone.

Sjöblad, who is double-chipped, told Aftonbladet that microchips can save all kinds of “personal information” ranging from contact information to bodily identifiers such as blood type and health indicators like body temperature. He showed how he was able to get a body temperature reading on his cell phone after he placed it next to his upper chest area, where one of his microchips is located.

The Swedish news outlet also showed Olle Helkimo, who is now service manager at Epicenter Stockholm, getting a chip implanted into his hand at a restaurant table. He remarked that it felt like “nothing at all.”

Sjöblad has been promoting chip implants for years as an alternative to “identification technologies” such as keys, gym passes, and office badges, and as a form of ID access to personal devices like phones and computers. He noted in 2016 that chip implants can be used to sign payments, through Bitcoin, for example.

He also pointed out that it is an “easy-to-hack technology,” admitting that this is a weakness of microchip implants.

While those implanted with microchips in Sweden remain a small minority, the implants are more widely accepted in Sweden than in other countries. Sole Møller reported for MedicalExpo e-magazine in 2019 that “commuters on the Swedish railways, SJ, can load a ticket onto their implant, which can be scanned by a train conductor using a smartphone,” a method “some 3,000 passengers” were using at the time.

Investigative journalist and author Edwin Black told LifeSiteNews in previous comments on the popularity of microchipping in Sweden that the technology could have frightening consequences.

“This means that human behavior can be trackable and controllable by the injector, and if that injector is a government or a corporation under the control of government, we are turning a corner where government will be able to wipe out a whole class of people based on their origin or opposition to policy,” he said.

Many Christian commentators have pointed out that if such technology becomes required for access to goods and services, it would usher in totalitarianism of truly biblical proportions.

The Book of the Apocalypse refers to a “second beast” who “shall make all, both little and great, rich and poor, freemen and bondmen, to have a character in their right hand, or on their foreheads. And that no man might buy or sell, but he that hath the character, or the name of the beast, or the number of his name.”

LifeSiteNews editor-in-chief John-Henry Westen has noted that having “some mark which allows buying and selling is not evil in and of itself,” but we should be wary of any strings attached to receiving such a mark that would make “receiving it worthy of eternal damnation.”

Beginning December 1, vaccine passports will be required in Sweden for access to theaters, concerts and other larger indoor events.