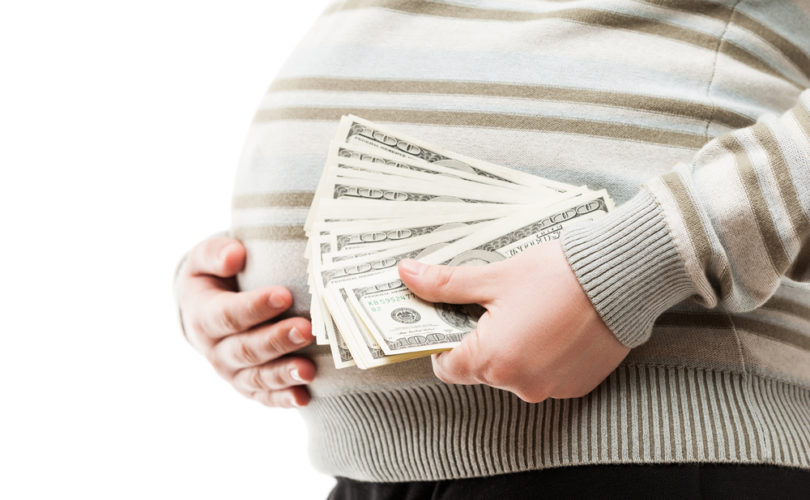 A Swedish feminist organization has issued a policy paper condemning surrogate motherhood and demanding the government legislate a ban on the practice.

“Having a feminist approach to surrogacy means rejecting the idea that women can be used as containers and their reproductive capabilities can be bought,” the policy paper states.

“The right to bodily integrity is a right which should not be able to be negotiated by any form of contract. No matter the regulation or the nature of the contract, it still remains a trade with women’s bodies and with children. The rights of women and children, not the interest of the buyer, must be the focus of the debate surrounding surrogacy.”

The paper notes that surrogacy is presently not legal in Sweden. However, the government is investigating the issue with the intent of implementing regulations since it came to light that Swedish citizens have used surrogate mothers abroad, and that children born in this way have been brought to Sweden.

“An end needs to be put to the industry of surrogacy that reduces the female body to a container. If doors for surrogate motherhood are opened, no matter how regulated it may be, children will be viewed as commodities and women as containers,” the group stated in the introduction to its campaign against surrogacy, called “Feminist no to surrogacy.“

The campaign cites the resolution on violence against women adopted by the European Parliament in April 2011 to support its position, and notes the European Women’s Lobby’s condemns “both altruistic and so called commercial surrogacy, as, in practice, there is no difference between the two; in both cases, there is a trade in human beings.”

“Through the campaign,” the group says, “we provide an alternative forum on feminist grounds where the focus lies on women’s bodily integrity and not the rights for childless parents over women’s basic human rights.”

Addressing the issue from the perspective of the exploitation of poor women by wealthy westerners, the policy paper states, “In the majority of the cases of commercial surrogacy, the purchasers come from western countries and the surrogates from third world or developing countries.”

“There is an unequal power-balance between purchasers and surrogates. Western people prey on eastern women’s vulnerable economic situation in their quest for a child. Becoming a surrogate mother is a way for women in socially vulnerable positions to sell what fundamental human rights should protect them from being forced to sell – their own bodies.”

The Swedish Women’s Lobby states that it is raising the issue, and voicing its opposition to surrogate motherhood because “we are seeing a trend towards a dismantling of these fundamental rights in favor of the will and want of individuals to become parents in the name of their individual fulfillment.”

The group observes that the issue of surrogacy “has been treated within the discourse of reproductive rights and the means of childless parents to have a baby, when the human rights perspective is the only plausible [position] in dealing with this issue. We find that the current investigation in Sweden is being issued on the wrong grounds and that the set of voices that are asking for an investigation are lacking a human rights perspective.”

“We therefore call on the Swedish government to forbid surrogacy motherhood,” the policy paper concludes.