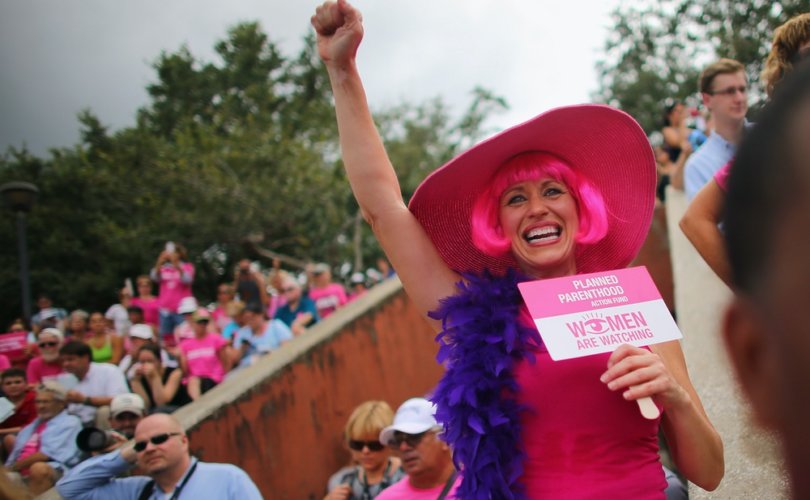 November 6, 2019 (LifeSiteNews) – Despite Virginia's top three officials being implicated in infanticide, blackface, and sexual assault scandals, Democrats took total control of the state government last night, in an ominous sign for a commonwealth that was once at least moderately red.

“We are heartsick for the children of Fairfax County,” Fairfax County resident and lawyer Cathy Ruse, who is also a legal fellow at the Family Research Council, told LifeSiteNews. “They deserve so much better than a School Board bent on political indoctrination and social experimentation. Now they will have no voice fighting for an honest education. Now they will have no one to defend their right to innocence.”

“In Fairfax County, the public schools will continue to be a hostile environment for a significant part of the public,” Ruse continued. “More and more (families) will have to explore other educational options for their children, at great expense, even while sending thousands of dollars in property taxes every year to a school system they can no longer participate in.”

Ninth graders are taught that “teens can get prescription birth control without a parent.” Tenth graders receive instruction on abortion and how to obtain one without parental notification or consent. All high schoolers learn about the daily sex drug PrEP (the School Board voted to promote PrEP to students before the FDA had approved it for use by minors).

Pro-abortion Del. Kathy Tran, infamous for defending her bill repealing late-term abortion restrictions and allowing abortion as a woman is going into labor, maintained control of district 42’s House seat with a comfortable 59.66 percent of the vote. Planned Parenthood Advocates of Virginia congratulated her.

It was while defending the above-mentioned bill that Gov. Ralph Northam (a pediatric neurologist) said in cases of “severe deformities” or a “nonviable” baby, a born-alive infant would be “delivered,” “kept comfortable,” but after that the child would “be resuscitated if that’s what the mother and the family desired, and then a discussion would ensue between the physicians and the mother.”

Northam and the Democratic party stood by his comments, which were quickly overshadowed by the revelation that Northam was pictured in his medical school yearbook wearing either blackface or a Ku Klux Klan robe. Virginia Attorney General Mark Herring, also a pro-abortion Democrat, then admitted he too wore blackface at a 1980 college party. Lieutenant Gov. Justin Fairfax, meanwhile, has been accused of brutally sexually assaulting two women. The Democratic Party of Virginia asked Northam and Fairfax to resign over the blackface and rape scandals. They refused.

“We may have New York-style abortion law passed in the state of Virginia” now, “which is hard to believe,” Rev. Patrick Mahoney, a Virginia-based pastor and longtime pro-life and human rights activist, told LifeSiteNews.

Del. Vivian Watts of district 39, a pro-abortion ally of Tran, beat challenger Nick Bell, a young man running on an anti-infantidice platform, with 68.27 percent of the vote.

“We are the only national organization dedicated to electing openly LGBTQ people who can further equality at all levels of government,” the group says on its website. One of its endorsed candidates was Karl Frisch, who won a seat on the Fairfax County School Board. His campaign website noted that he uses “he/him” pronouns and lives “with his partner Evan”; his Flickr account shows him pictured with drag queens. Frisch does not have children.

One small victory, though, was in House district 30, where pro-life Republican Nick Freitas won re-election via write-ins after failing to file paperwork to get on the ballot in time.

The stakes are high

“In 46 years, our (pro-life) movement has accomplished a lot,” said Rev. Mahoney. “But the reality is, particularly over the last year or so, with some of the gains we have made, there has been a focus on (pro-lifers saying) things like ‘hashtag winning, we’re doing unbelievably well,’ and that flies in the face of what we’re seeing on the ground.”

“For example, in 2018 midterm elections, 41 pro-abortion candidates were elected to new seats in the United States House of Representatives,” he noted. And “we’re seeing more states enacting abortion laws which allow abortion for the full nine months (of pregnancy) and even infanticide.”

“All of our efforts and all of our work for the 2020 national elections should not center on … what perhaps our news releases and fundraising letters state, but should really reflect the situation on the ground, which is grave urgency,” continued Rev. Mahoney. “And just think, if … President Trump is not re-elected, if Republicans don’t win the (U.S.) House and Senate … then these solid pro-life gains that we have seen will be immediately wiped away. But not only that – this is a Democrat party that is different than the Democrats of 25 years ago.”

Rev. Mahoney cautioned against “allowing abortion to become a political issue and not making it a human rights and anti-violence issue.” He also said it was a mistake for pro-lifers to allow “ourselves to be attached to one political party.”

“Because our opposition has so dramatically shifted…the margins are much wider if there’s a loss,” he said, noting that in 1993 – the last time Democrats controlled all branches of the Virginia government – there were still some pro-life Democrats and the party said it wanted abortion to be “safe, legal, and rare.”

Rev. Mahoney urged pro-lifers to “focus on the urgency of the hour” moving forward.

Abortion activists declared victory and promised to use their new majority to advance their agenda.

“Virginia voters made it clear that the time is now for … the ratification of the Equal Rights Amendment and all the progressive reforms we campaigned so hard on this year,” said Susan Swecker, Democratic Party of Virginia chairman. The so-called Equal Rights Amendment would enshrine into law taxpayer-funded abortion on demand.

The executive director of NARAL Pro-Choice Virginia called it a “historic day.”

“Both the Virginia General Assembly and State Senate flipped to Democratic control, creating a pro-choice majority, solidifying a Democratic trifecta, and paving the way for meaningful progress on reproductive freedom,” the group said in a press release.

Another factor in Virginia’s Democratic victory (described by Vox as a “blue wave” and The Washington Post as a “stark new political reality”) was likely court-ordered redistricting.