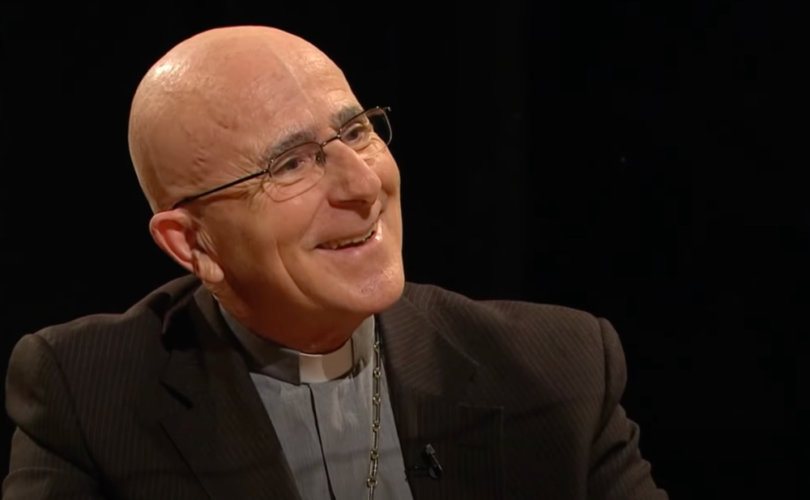 CHUR, Switzerland (LifeSiteNews) — Swiss bishop Joseph Maria Bonnemain of the Diocese of Chur has abolished the office of exorcist in his diocese.

Bonnemain said in an interview with SRF that there would be “normal solutions” for most problems that people have and that he has “never been confronted with a person” that needed a major exorcism.

“For many questions, we do not need to look for extraordinary causes, rather we are all human beings who have strengths and weaknesses in ourselves, who are confronted with difficult family, social, and professional situations,” Bonnemain told SRF. “And there are normal solutions for this, i.e. medical, psychological, psychotherapeutic, and one does not need to want to find secret causes.”

According to the report by SRF, Bonnemain claims to have received the task from Pope Francis to solve the dispute between “arch-conservative” and “moderate” Catholics in his diocese and that not having an exorcist was a step towards “normalization.” The Diocese of Chur should no longer be attractive to people who want an exorcism.

— Article continues below Petition —
Stand with faithful Archbishop Timothy Broglio as the NEW President of the United States Conference of Catholic Bishops!
Show Petition Text
10849 have signed the petition.
Let's get to 12500!
Thank you for signing this petition!
Add your signature:
Show Petition Text

“I’ve never been confronted with a person where I’ve had to say there’s a major exorcism required,” the Swiss prelate stated. “Most people have emotional, psychological burdens and need support, prayer, blessings, appropriate church services but not necessarily a major exorcism.”

Ironically, the report by the secular state-funded media station SRF appears to counter Bonnemains position that exorcism is no longer needed in the Diocese of Chur.

The report by SRF notes that exorcists have to first check if a person has a medical problem and consult medical experts and that the bishop has to give his consent before performing a major exorcism.

Furthermore, it quotes “religious expert” Georg Schmid, who, five years ago, called the Diocese of Chur a “Mekka for exorcism” and a “hotspot of exorcist activity” in the German-speaking area.

“There are people from Germany who cannot get an exorcism in their home country and who come to Chur to be exorcised,” Schmid said.

“We are talking about Switzerland, where Alister Crowley was, where [former Cardinal] McCarrick went and ‘found his vocation’ where the St. Gallen Mafia was,” Marshall said. “You are saying in Switzerland you have no need of exorcism, no need of an exorcist? Super sketchy and super disappointing.”

The report by SRF noted that the diocese of Chur now “moves closer to St. Gallen,” where the office of exorcists had been abolished “a long time ago.”

St. Gallen was the meeting place of the infamous “St. Gallen Mafia,” a group of bishops who promoted the homosexual agenda and allegedly plotted a scheme to elect Jorge Mario Bergoglio as Pope.

Bishop Ivo Fürer was the bishop of St. Gallen from 1995 to 2005 and the initiator and host of the St. Gallen Mafia’s meetings.

Bishop Bonnemain is well-known for his heterodox positions. The Swiss Opus Dei bishop expressed support for same-sex unions and knowingly gave Holy Communion to non-Catholics during his ordination ceremony.

Furthermore, the Swiss prelate has been accused by priests in his diocese of implementing “LGBT ideology” in the Church “under the guise of preventing sexual assault.” Bonnemain has also been accused by two groups of lay Catholics of knowingly tolerating liturgical abuse in the form of women “concelebrating” at Catholic Masses in his diocese.

In October of this year, Bonnemain failed to correct one of his employees who endorsed the use of pornography.

Bonnemain was appointed by Pope Francis as Bishop of Chur in February 2021.