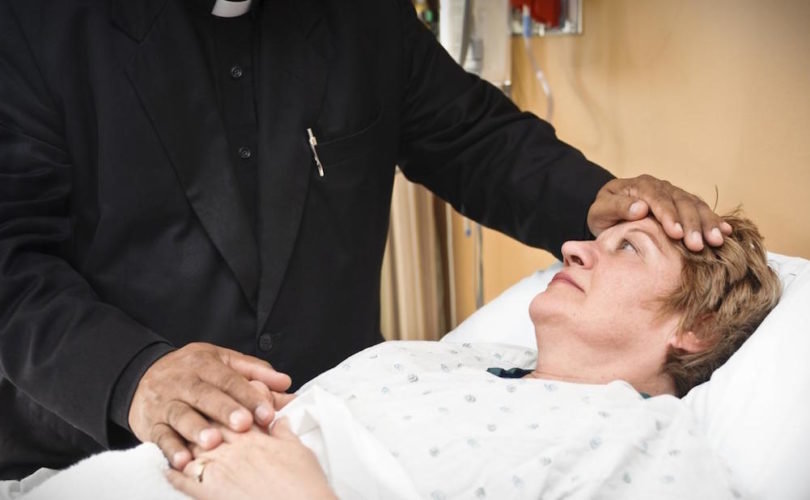 CHUR, Switzerland, December 9, 2016 (LifeSiteNews) — Swiss Bishop Vitus Huonder has instructed his priests to deny last rites for Catholics who choose euthanasia, explaining “in this circumstance, the prerequisites for the reception of sacraments are not given.”

His statement and explanation are part of a pastoral message for “Human Rights Day” on December 10 in which he speaks to Catholics in the Diocese of Chur in the Grisonian Rhine Valley of Switzerland.

Bishop Huonder’s letter addresses growing concerns about putting one’s life in the “hands of specialists” who become “judges of our life, especially if we are not capable of judgment and cannot decide for ourselves.”

“Death is mine” was the title of a newspaper article on December 4 in the Neue Züricher Zeitung that stated the number of “assisted suicides has grown enormously.” Euthanasia is permitted under Swiss law if it is “not motivated by egotistic considerations.”

Assisted-suicide deaths have risen recently, with 999 recorded in 2015, up 35 percent from 2014. Switzerland also attracts a so-called “suicide tourism” from foreigners – mostly Germans.

In his letter, Bishops Huonder wrote: “It remains far from us to determine the moment of death. Like murder, suicide is also contrary to the divine order of the world,” emphasizing that the hour of death “lies within the omnipotence of God: where I die, when I die, and how I die I leave with God’s wise providence.”

While Huonder strongly urges his priests to accompany all persons in the last stages of life and to uphold the protection of the sick and the relief of pain, he explains that last rites are out of the question for those who choose death by euthanasia. He grants support to his priests who are often “faced with a situation in the last moment, so that he can only pray for the dying and entrust him to the mercy of God. Oftentimes he cannot understand the situation sufficiently, when he is called to a dying person who has already lost consciousness.”

“On the other hand, it is the important duty of the priest to dissuade the patient from his self-destructive intention with pastoral love,” Huonder made it clear that “he has to point out the effect on the person’s eternal salvation and to move him to obedience to follow God’s will.”

In the same document, Bishop Huonder added that the patient should be careful in giving his consent to organ transplantation in cases of brain death. “We have to be clear that the discussion in circles of specialists have not come to a final conclusion.”

One of the groups pushing for and widening the possibility of euthanasia is called Dignitas. Its motto is “Live dignified and die dignified.”

Catholics traditionally make up 44 percent of the 7.1 million inhabitants of Switzerland, whose six dioceses combine German, French, and Italian speakers.