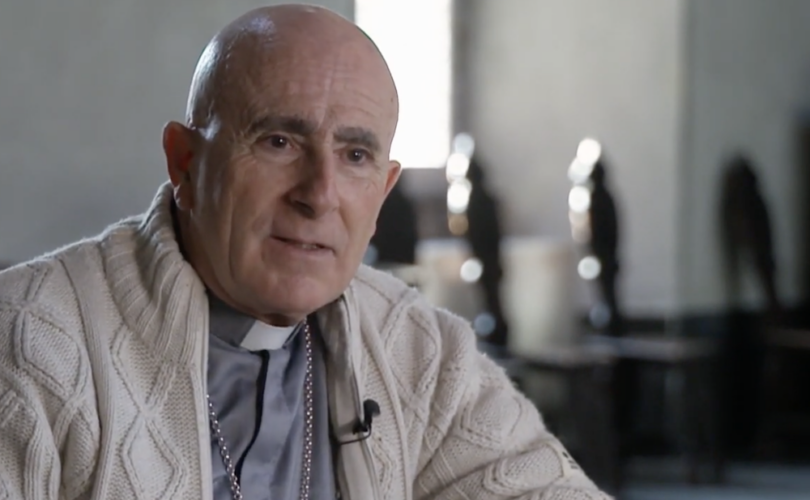 CHUR, Switzerland (LifeSiteNews) — A sexual abuse prevention officer of the Catholic Diocese of Chur, Switzerland, said that “legal pornography” should not be “blanketly demonized.”

Bishop Joseph Maria Bonnemain of Chur did not explicitly distance himself from the scandalous statements of his employee when asked about it by a journalist.

Iten did not appreciate Francis’ condemnation of pornography and demanded a more “nuanced” view.

Pornography consists in removing real or simulated sexual acts from the intimacy of the partners, in order to display them deliberately to third parties. It offends against chastity because it perverts the conjugal act, the intimate giving of spouses to each other. It does grave injury to the dignity of its participants (actors, vendors, the public) since each one becomes an object of base pleasure and illicit profit for others. It immerses all who are involved in the illusion of a fantasy world. It is a grave offense. Civil authorities should prevent the production and distribution of pornographic materials. (CCC 2354)

CNA Deutsch asked Bishop Bonnemain about Iten’s scandalous and heterodox statements. The prelate offered a quite generic reply and did not correct or condemn the statements of his employee that downplayed the spiritual and mental danger of “legal” pornography. The diocese sent the following response, according to CNA Deutsch:

Bishop Joseph Maria supports her [Iten] on those points: Crimes such as child pornography are not to be tolerated. He also condemns any abuse of power, any abuse through exploitation and need, and clearly distances himself from the representation of a human being as an object. He further wishes to emphasize that the consumption of pornographic depictions separates the high good of human sexuality from the personal relationship, intimate affection, and intimate love of two people.

Bonnemain is well-known for his heterodox positions. The Swiss Opus Dei bishop expressed support for same-sex unions and knowingly gave Holy Communion to non-Catholics during his ordination ceremony.

Furthermore, the Swiss prelate has been accused by priests in his diocese of implementing “LGBT ideology” in the Church “under the guise of preventing sexual assault.” Bonnemain has also been accused by two groups of lay Catholics of knowingly tolerating liturgical abuse in the form of women “concelebrating” at Catholic Masses in his diocese.