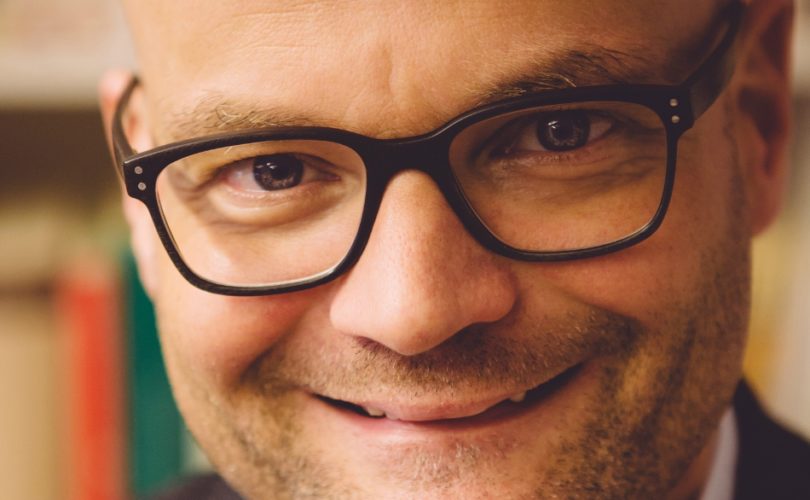 August 28, 2015 (LifeSiteNews) — While the Swiss Bishop Vitus Huonder of the Diocese of Chur is still under public criticism for upholding the traditional teaching of the Catholic Church on homosexuality, the Swiss Bishops' Conference is coming under pressure because of its alliance with a man who has been himself promoting the homosexual and gender agenda for many years.  Dr. Arnd Bünker is the head of the Swiss Institute for Pastoral Sociology, which wrote the Swiss Bishops' Conference much-criticized report in preparation for the upcoming 2015 Synod of Bishops on the Family in Rome. The report explicitly and insistently requests that the Church cease excluding remarried divorcees from the Sacraments and that she give a place to the partnerships of male and female homosexuals.

In 2014, the same man, Dr. Bünker, wrote the Swiss bishops’ report for the 2014 Synod of Bishops on Marriage and the Family, and he received, as a consequence, harsh criticism. For example, the Swiss newspaper Die Weltwoche said on March 6, 2014:

Of all people, the Swiss Bishops' Conference asks a homo activist and declared follower of the Gender Mainstreaming (that is to say the attempt, to flatten out the natural differences between the sexes) to formulate its policy with regard to the family.

Die Weltwoche continues to point out that Bünker openly lobbies for “homosexual intentions” and was conspicuously helping out with the “Project of a Queer Mass Parish, together with the Working Group Male Homosexual Theology.” In this context, Bünker was trying to “develop a homosexual liturgy,” says the newspaper. Additional research has now shown one of his essays where he is specifically dealing with this topic of a Queer Parish in Münster, Germany.

On March 7, 2014, the president of the Swiss Bishops' Conference, Bishop Markus Büchel, responded to this Weltwoche report and expressed full support for the work of Dr. Bünker: “The professional work and the personal loyality of Dr. Arnd Bünker have the full trust of the [Swiss] bishops.” In spite of this public criticism, the same man was nevertheless asked by Bishop Büchel to work on the report for the Vatican in 2015.

According to the same above-quoted Weltwoche article, it was Bishop Huonder's Diocese of Chur who had distanced itself from the episcopal report for the Synod which was written by Dr. Arnd Bünker, saying that it was somehow done “arbitrarily and autonomously, without the consent of the bishops.”