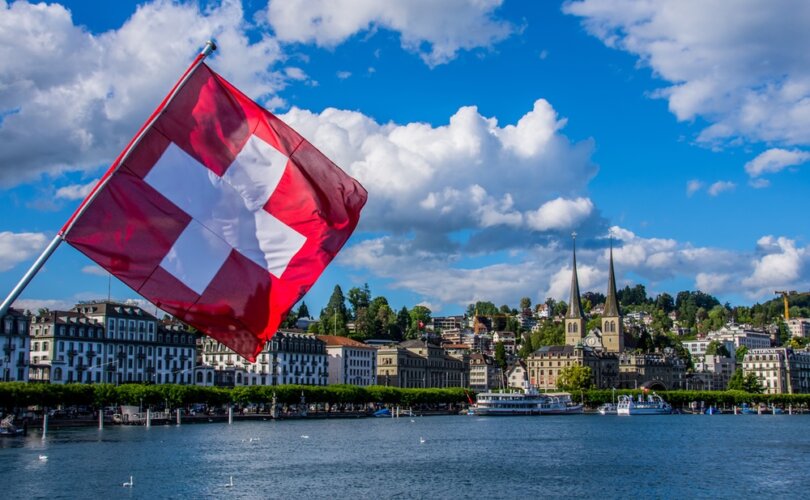 (LifeSiteNews) — The Swiss government last month appeared to buck gender ideology by shooting down two proposals to allow citizens to select a gender classification other than male or female for official documents. The move makes Switzerland an outlier among other nations, including the U.S., that are rapidly adding alternate gender options to their official documents, but it’s unclear how long it will hold out.

The Swiss government’s Federal Council made the decision December 21, arguing that the traditional biological and philosophical concept of human sexuality “is still strongly anchored in Swiss society,” the Associated Press reported.

“The social preconditions for the introduction of a third gender or for a general waiver of the gender entry in the civil registry currently are not there,” the Federal Council added.

While appearing to take a line against the incursions of global gender ideology, Switzerland’s government suggested its decision to retain its traditional binary gender understanding may be a temporary one, contingent on potential future changes to the national and canton (state) constitutions.

According to the AP report, the council cited a national ethics commission that reportedly found in 2020 “that the time wasn’t yet right for a change to the system.”

Switzerland’s record on transgender ideology is also far from consistent.

In October 2021, the government passed a law enabling people who identify as transgender to quickly and easily change their name and gender in the civil registry. Applicants must assert a firm belief that their gender identity is different from the one stated on their documents. However, they must choose only between male or female, without options to choose “nonbinary” or any other gender classification.

It remains to be seen how long Switzerland will limit its gender options on official documents to male or female, a decision that sets it apart from its neighboring countries.

Italy, for example — Switzerland’s neighbor to the south — voted> in March 2022 to allow Italians to select a nonbinary identity on official forms. Nearby Germany and Austria have also opted to allow citizens to select “no gender” or a third gender, the Daily Wire pointed out. The outlet added that the U.S. under President Joe Biden has also moved to add an “X” gender option for American passports.

Meanwhile, alterations to official documents aren’t the only steps countries are taking to entrench gender ideology more firmly into their culture.

Last year, the leftist government of Switzerland’s northern neighbor Germany proposed the radical “Self-Determination Act” that would enable adults and young people ages 14 and up to officially change both their name and their gender as much as once every year.

Pro-transgender online clinic Gender GP noted that the act would enable Germans to “change their personal details at a registry office without needing a court order, medical records, or any parental permission.”

The outlet argued that the act “acknowledges that gender is fluid and can change over the course of one’s life.”

However, the radical concept of gender fluidity has been robustly debunked by scientists in addition to flying in the face of western culture’s historical and ideological understanding about human sexuality.

The Daily Wire cited evolutionary biologist Jerry Coyne, who pointed out in a November 2022 tweet that, according to “[a]ctual science’ done by biologists, … There is no third sex.”