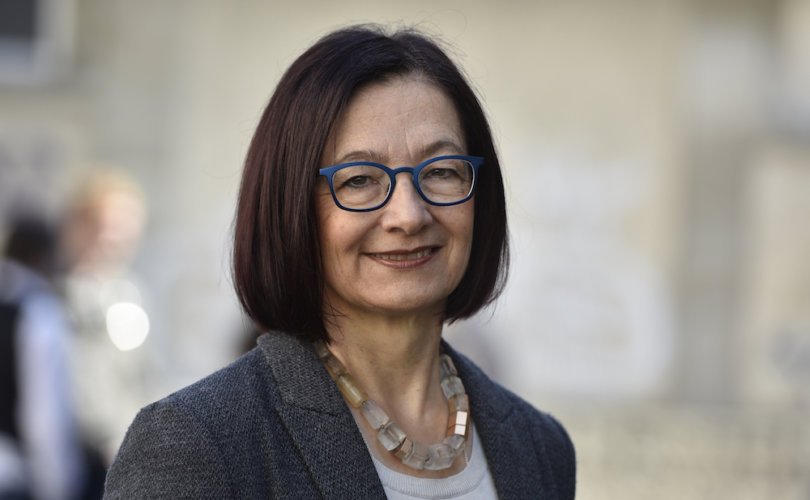 November 18, 2017 (LifeSiteNews.com) – The Vatican’s Pontifical Academy for Life co-hosted a conference on the topic of end of life issues that included several speakers who oppose the Catholic Church’s teachings on the right to life, including the president of the board of Switzerland’s Planned Parenthood affiliate, and the president of the pro-euthanasia Royal Dutch Medical Association.

The conference, entitled the “WMA European Region Meeting on End-of-Life Questions,” was jointly organized by the World Medical Association, which officially opposes euthanasia, the German Medical Association, and the Pontifical Academy for Life. It was held in the Aula vecchia del Sinodo in the Vatican from November 16 to 17.

According to the World Medical Association, the conference was to“gather leading European medical professionals, legal authorities, experts in palliative care and medical ethics, theological scholars and philosophers to debate the different policies on these issues, to explore patient rights and treatment limitations, and to better understand public opinion regarding end-of-life questions.”

Pope Francis has sent a message to the conference participants, reiterating the Catholic Church’s condemnation of euthanasia by stating that euthanasia “is always wrong, in that the intent of euthanasia is to end life and cause death.”

However, the pope added that “to determine whether a clinically appropriate medical intervention is actually proportionate, the mechanical application of a general rule is not sufficient. There needs to be a careful discernment of the moral object, the attending circumstances, and the intentions of those involved.” He made no mention of the withholding of food and fluids, which are often characterized as forms of medical treatment that can be withdrawn.

Dr. Yvonne Gilli, a gynecologist and Green Party politician who leads the governing board of the International Planned Parenthood Federation’s “Sexual Health Switzerland” (Santé Sexuelle Suisse), was scheduled to contribute to two panel discussions at the conference, one on “Setting the stage: Three perspectives on end-of-life questions,” and another on the topic, “Is there a need to change policy?” Gilli was attending as a board member of the Swiss Medical Association.

Santé Sexuelle Suisse says that it counsels women on how to obtain abortions and promotes the use of artificial birth control, both practices regarded as mortal sins by the Catholic Church.

Also included in the lineup of speakers was René Héman, a euthanasia advocate who leads the pro-euthanasia Royal Dutch Medical Association, and Ralf Jox, a professor at the Ludwig Maximilian University of Munich who has publicly proposed the legalization of “responsible assisted suicide” as a way to “protect life.”

Although the Pontifical Academy for Life (PAL) appears to have never publicly announced the event on its webpage, information about the event, including a link to a tentative program, appears on a website that advertises conferences, Cvent.

The appearance of anti-life speakers at Vatican events, particularly those associated with the Pontifical Academy of Sciences, has become common under the papacy of Francis.

However, Pope Francis’ actions have sent mixed signals some which suggest he does not intend to back away from the Catholic Church’s doctrines on euthanasia.

Under his leadership, Vatican officials have insisted that the Belgian Brothers of Charity, a Catholic religious order, must cease to kill terminally ill patients in their hospital, despite strong resistance from Belgian society.

Vatican event features array of population controllers – and, it seems, no expert to counter them

Pro-abortion speaker at Vatican conference: Pope has ‘done more’ for global warming movement than anyone

Pro-abort Vatican speaker trashes LifeSite, others for opposing his invite