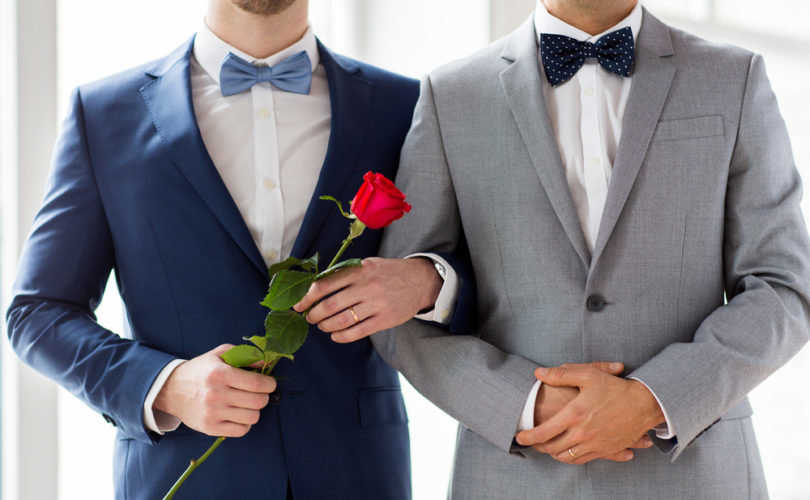 “Official results showed the measure passed with 64.1% of the vote while more than half of all voters approved in each of Switzerland’s 26 cantons, or states,” CBS News reported. “The vote – years in the making – is set to bring the Alpine nation into line with many others in western Europe and wraps up an often tense campaign between rival sides.”

Same-sex couples have had civil unions since 2007, but now their relationships will be recognized as equal to the marriages of one man and one woman.

The law will also allow lesbian women to procure donor sperm to impregnate themselves, as well as same-sex couples to adopt children.

“With this, all couples will in the future be treated equally before the law: all can enter into a civil marriage, with the same rights and obligations,” Justice Minister Karin Keller-Sutter said.

Conservative opponents said they hope their outreach efforts to stop the referendum will lead to a better understanding of the harms of the LGBT agenda.

“On our side we have tried to draw attention to the central problem, the one of children and medically assisted procreation,” said Benjamin Roudit with the Christian Democratic People’s Party, according to CBS News. “On that point, I think we have succeeded in raising awareness among the Swiss people and we will still be here when other steps will be proposed.”

The European country has paved the way for promoting the LGBT agenda in recent years. Last year, citizens voted to criminalize “homophobia.”

“Among public acts and statements that from now on will be punishable by law, it is expected that calling homosexuality an ‘illness’ or suggesting treatment for it will be considered as hate speech,” LifeSiteNews reported in February 2020. “It will also become illegal to refuse to serve clients because they are homosexuals, including in restaurants, swimming pools, guesthouses or hotels.”

But the LGBT agenda is one that hurts children and society, according to social science researchers.

An oft-criticized but validated study by University of Texas at Austin sociologist Mark Regnerus concluded that children raised by two men or two women have poorer life outcomes.

Regnerus’ paper concluded “that 12% of those with a lesbian mother and 24% of those with a gay father reported having recently contemplated suicide, compared to only 5% raised by an intact biological family or a single parent.”

The American College of Pediatricians (ACP) has also concluded that children in same-sex households are more likely to witness violence.

The medical group drew on dozens of research papers, cited in the article, and concluded that homosexuals experience numerous problems.

As reported by LifeSiteNews in 2010, “homosexual or bisexual individuals are more likely to have undergone a variety of traumas in childhood, including sexual assault, rape, violence, and witnessing violence in the home.” That conclusion is based on a study by New Zealand researcher Elizabeth Wells.

The link to the study appears to have been removed, but a summary of the findings is available in a news release from the time.