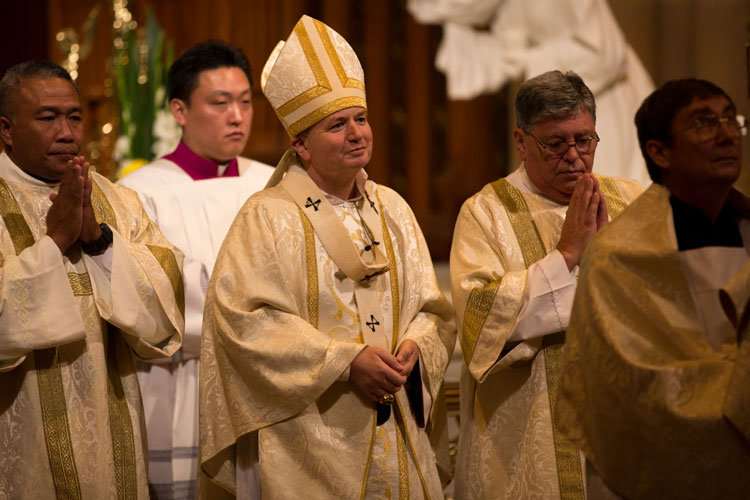 SYDNEY, Australia, May 30, 2016 (LifeSiteNews) – Archbishop Anthony Fisher of Sydney has issued a stinging challenge to Green Party plans to impose a gender-obscuring, pansexual morality program on Australia’s schools, including those run by Catholics, Protestants and Muslims, and to shut up and close down institutions that disagree.

If the Greens have their way, Archbishop Fisher warns in the most recent Weekend Australian, he could be jailed for ordering Catholic schools in his archdiocese not to teach the gender ideology lessons already taught in some parts of Australia by the “Safe Schools” program against bullying.

“Bishop jailed for excluding gender ideology from classroom”; “Muslim parents required to enrol children in gay-friendly program”; “Hindu teacher who said marriage between man and woman fined for hate speech” – such might be the headlines if the new Greens policy on religious liberty and “heteronormative bigotry” were ever to become law.

What the Green Party wants in addition to protecting the environment and welcoming refugees, wrote the archbishop, is to force its radical sexual views on Australians and shut up religious people who disagree. “As a result religious liberty is set to become a major issue in the forthcoming election.”

The focus of the Green assault on religious liberty is the “Safe Schools Program” which is now optional in most of Australia and has reportedly been “gutted” of its most offensive elements by the federal government after a strong Christian protest. Critics said it promoted gender fluidity (and encouraged students to attend school in the dress of the opposite sex) and homosexuality in the name of tolerance.

But the Green Party, warns Archbishop Fisher, want the ungutted version restored. “This proposes that children be taught that sex is about the outside body but gender about how you feel inside; that it’s up to you to choose your gender and how you express it.” Innocent activities such as asking parents the sex of their newborn are denounced as “heteronormativity.”

Resistance is to be crushed. Religion, say the Greens, should not give dissenting Christian or Muslim schools a “get out of jail free card.” Warns the archbishop: “They would rather force church schools to close than allow them to teach politically incorrect things.”

All this, ironically, is in the cause of anti-bullying. But says Fisher, it is “big-time bullying” itself. “Name-calling and belief-shaming of those who disagree with us are textbook bullying – yet these advocates call anyone who disagrees with them ‘bigots’ and  ‘homophobes.’”

Fisher also criticises the Greens for wanting to include religious organizations in existing provisions against discriminatory hiring practices. But Christian “homeless shelters, hospitals, soup kitchens and other services would never turn people away on the basis of sexuality and it is plainly defamatory to imply they would.” Still, the archbishop defends the right of religious organizations to employ people who “subscribe to their beliefs and live their ethos. But there’s nothing unjust or scandalous about that.”

The Greens stand third in party polling heading into the July election but could hold the balance of power if no clear winner emerges among the two frontrunners.