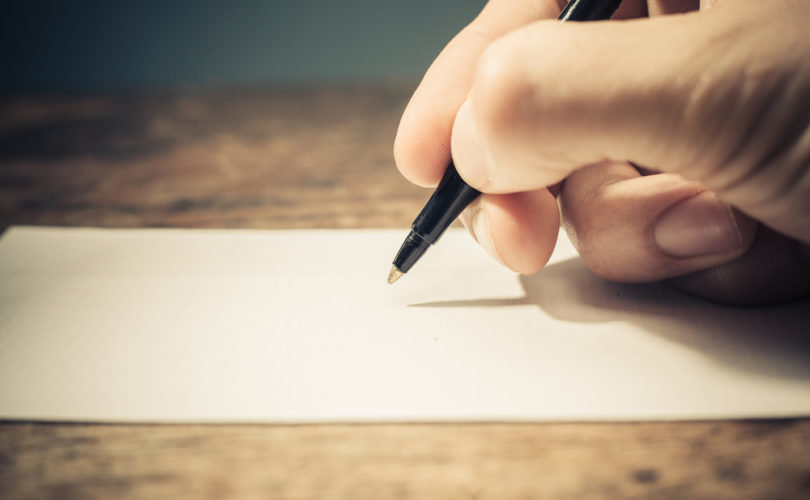 June 29, 2015 (LifeSiteNews) – The Catholic Archdiocese of Sydney has sent letters expressing “grave concern” to numerous corporations that had sponsored a full-page newspaper ad published in The Weekend Australian on June 13 promoting same-sex “marriage”.

“You are publicly supporting a strategic, political and well-funded campaign designed to pressure the federal government into changing the Marriage Act,” reads the letter from archdiocese business manager Michael Digges to one of the businesses, the law firm of Maurice Blackburn.

“I wonder whether you have questioned whether it is the role of a corporation such as yours to be participating in such an ­important matter that impacts all of Australian society now and into the future,” it continued.

“For corporations to speak on such issues on behalf of shareholders, employees, clients/customers, suppliers and other stakeholders is indeed overstepping their purpose and is to be strongly resisted,” the letter stated.

Maurice Blackburn, along with more than 150 other businesses including Qantas, Google, MTV, McDonald's, Levi's and the Football Federation of Australia, put their names in the ad calling for the government to amend the Australian Marriage Act of 1961, which recognizes marriage as between one man and one woman, to include homosexual couples.

Maurice Blackburn's Liberty Sanger told the ABC the letter was “uncalled for” and “a very heavy-handed response,” noting that the position of the law firm is to “continue to show our support so that others who have the same view as us have the courage to speak up and encourage parliamentarians to make the right decision in the Parliament.”

The letter to corporations asking them to stay out of the culture war surrounding same-sex “marriage” follows the distribution of a pastoral letter titled “Don’t Mess With Marriage” to Sydney parishes, staff and parents of children at Catholic schools.

“Don't Mess with Marriage “explains the Church's formal teachings on the Sacrament of Marriage, and it reaffirms and supports the definitions contained within the Marriage Act 1961 and the Marriage Act Amendment of 2004, which defines marriage as “a union between a man and a woman to the exclusion of all others.”

It also details the implications of changing this law to permit same-sex couples to marry.

“The Church's contribution to informing the public debate is crucial,” said Anthony Cleary, Director of Religious Education and Evangelization in a statement, “because at the moment this side of the argument is not being adequately covered either by social or the mainstream media.”

Cleary pointed out that for people of faith, marriage is not simply a label that can be attached and transferred to different types of relationships as the fashion of the day dictates.

He explained that marriage for Catholics is not only an emotional union, but a total commitment of body and spirit, and that the Church teaches that God is the author of marriage and that the matrimonial covenant between baptized persons is holy and has the status of a sacrament.

Earlier in June a statement from the Sydney Archdiocese said that thirty-eight Australian religious leaders representing the major religious traditions and a broad diversity of faiths and cultures, have written a public letter to Prime Minister Tony Abbott, urging him to resist attempts in Federal Parliament to redefine the meaning of marriage.

“As leaders of Australia's major religions we write to express the grave concerns that we, and those who share our various faiths, share regarding Bills that have or will be introduced into the Federal Parliament to change the definition of marriage in Australian law,” the letter said.

The 38 signatories include the Catholic and Anglican Archbishops of Sydney, a bishop of the Lutheran Church, bishops from various Eastern and Orthodox Churches, Christian pastors representing major Protestant denominations, senior rabbis from the Jewish community and leaders from both the Sunni and Shia Islamic communities.

The religious leaders pointed out that Australia's definition of marriage as a union of a man and a woman is shared by the vast majority of nations and cultures, who represent over 91 percent of the global population.

Moreover, they emphasized the need to uphold traditional marriage for the good of children, stating that, “as a couple, two persons of the same sex are not able to provide a child with the experience of both mothering and fathering. Only the institution of marriage between a man and a woman has this inherent capacity to provide children with both of these relationships that are so foundational to our human identity and development.”

The Abbott federal government had gone into the last election with the policy of supporting traditional marriage, meaning that the government MPs would be bound to vote against same-sex “marriage” on a party basis if a bill is put forward.

Australian law permits homosexual civil unions, but not marriage, a law which Abbott has defended.

Following May's referendum in Ireland legalizing same-sex “marriage”, Abbott reiterated that Australia will not hold such a referendum, despite pressure from activists.

“Referendums are held in this country when there is a proposal to change our constitution and I don't think anyone is suggesting the constitution needs to be changed in this respect,” Abbott said. “It's up to members of parliament who are eager for change to decide whether they want to bring it forward.”

The letter from the Catholic Archdiocese of Sydney to the law firm of Maurice Blackburn is available in two parts here and here.