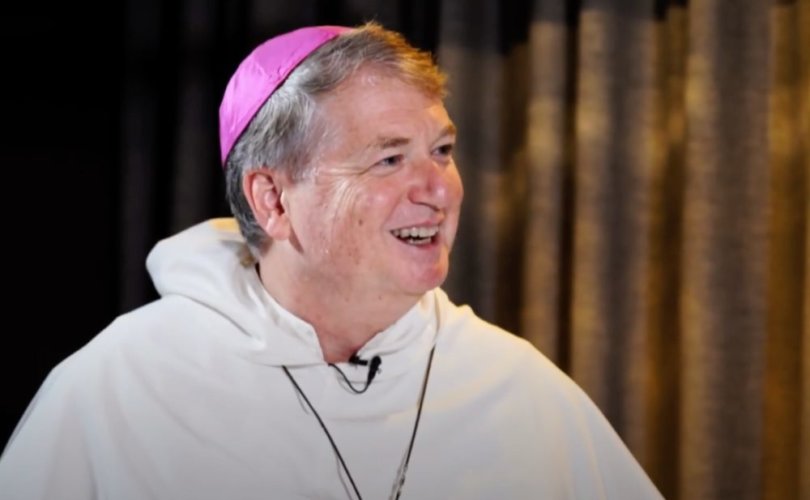 SYDNEY, Australia (LifeSiteNews) – An Australian prelate admitted that the experimental COVID-19 jabs are abortion-tainted even as he asked his priests to take them.

Archbishop Anthony Fisher of Sydney remained silent, however, on the thousands of deaths and other serious adverse reactions recorded in individuals who have received the jab, writing that no vaccine is “without risk,” but that “vaccination significantly reduces the likelihood of contracting COVID-19.”

In an August 10 letter sent out to Sydney’s Catholic clergy, Fisher urged clerics to “please get vaccinated” for COVID-19, while noting the “morally compromised” nature of the injections.

In the letter, entitled “Responsibilities and Opportunities for the Clergy in Time of COVID-19,” the archbishop revealed that Catholic bishops in New South Wales are wondering how to convince people take the inoculation. He wrote that some had “expressed concern about the degree of ‘vaccine hesitancy’ within their communities, and even amongst some clergy, and asked what they might say to their people.”

Referring to the Vatican’s December 2020 support for the abortion-tainted injections, Archbishop Fisher wrote that the “magisterium favours the use of these vaccines,” an argument he supports.

After encouraging young people to take the vaccine to protect the elderly, Fisher wrote that “the clergy as pastoral leaders in their communities, have an even greater duty to set a good example in this regard.”

“The Pope, most or all of the Bishops of Australia, and most of the clergy have given this good example,” added Fisher.

Describing the fact that the production of the current COVID injections involved cell-lines “ultimately derived from aborted foetuses” as “disappointing,” Fisher added that taking the injections would “nonetheless normally involve no formal cooperation or impermissible material cooperation in the evils of abortion and the exploitation of foetuses on the part of the recipients.”

Nevertheless, the 61-year-old bishop acknowledged the abortion link of the injections, noting how “some” might prefer the Pfizer to the AstraZeneca, as the former would be “less morally compromised.”

Such a decision would not be easily permitted for priests in the Archdiocese, however, as Fisher described how such “vaccination certificates” would “surely become mandatory” in hospitals and care homes, settings where clergy must visit as a “normal part of the ministry.” This “normal” ministerial duty could not be conducted without the injection, and thus refusing the injection would “render it impossible for [the priest] to perform important parts of his ministry,” warned the archbishop.

Aside from such a “legal or social expectation,” Fisher appealed to the clergy’s “responsibility to protect their priesthood and thus their life and health.”

Praising the government’s decision to allow clergy to provide “pastoral care” outside of their own homes, Archbishop Fisher also suggested that taking the vaccines was a way to provide such care with a reduced risk of infection.

“There is no ‘solution’ to this pandemic that does not involve everyone, from every section of our community, and indeed every nation and community across the world,” continued the archbishop.

“But I ask you, my brothers, to please get vaccinated.”

— Article continues below Petition —
Thank Cardinal Burke for defending Life, Family, Freedom and Tradition
Show Petition Text
19633 have signed the petition.
Let's get to 20000!
Thank you for signing this petition!
Add your signature:
Show Petition Text

While issuing his impassioned call for priests to take the injection, Archbishop Fisher did also write that such a decision must be voluntary, saying that “people should not be coerced into vaccination but should be able freely to decide.”

LifeSiteNews contacted the Archdiocese of Sydney and the Archbishop’s secretary, asking for confirmation that clergy would indeed remain free to choose not to have the injection, and was told by an Archdiocesan spokesman that there “will be no penalties for anyone who decides not to be vaccinated.”

While Fisher has defended the injections, a number of prominent, faithful clergy have protested their use, including Cardinal Burke, former Prefect of the Supreme Tribunal of the Apostolic Signatura, who previously spoke out against vaccines using aborted babies.

“It must be clear that it is never morally justified to develop a vaccine through the use of the cell lines of aborted fetuses,” Burke said.

“The thought of the introduction of such a vaccine into one’s body is rightly abhorrent.”

Fisher’s strong support for the injection is different from his former stance. He previously vocalized how companies and governments should “not create an ethical dilemma,” and pursue “ethically untainted alternatives” to the abortion-tainted COVID-19 injections currently being rolled out across the globe.

In his op-ed in Australia’s Catholic Weekly last August, the archbishop wrote how many “won’t want to be associated with or benefit in any way from the death of the baby girl whose cells were taken and cultivated” to form cell line HEK-293. This cell line was used at various stages in the testing and development of the COVID-19 injections.

Revealing how he did not deem it “unethical” to use a product connected with HEK-293, Fisher nevertheless revealed himself to be “deeply troubled by it.”

He warned of the “socially divisive” struggle which the vaccines would cause, as people who “conscientiously object” to them would suffer “various disadvantages and their abstention may undermine the goal of ‘herd immunity’.”

“The key, then, is seeking solutions that protect the community’s physical health while also respecting its moral health and offering people choices,” he declared.

Fisher, who joined the Dominican order in 1985, spoke out in 2019 when New South Wales’ (NSW) Upper House voted to remove abortion from the Australian state’s criminal code, legalizing it for any reason up to 22 weeks and establishing that abortion as available in nearly all of Australia.

Describing the news as a “defeat for humanity,” Fisher called for people to pray for babies and their mothers, for “better leaders,” for the “conversion particularly of those parliamentarians who claim to be of Catholic or other Christian faith and yet supported this appalling law,” and for “our state as it enters this deadly new territory.”

In 2015, the archbishop suffered from Guillain-Barré syndrome, leading to temporary paralysis and hospitalization for some months.

The rare auto-immune disease is increasingly being seen following the COVID-19 injections which the archbishop is now promoting.

Recent data from the U.S. Centers for Disease Control and Prevention (CDC) records 522 reports of Guillain-Barré Syndrome, following a COVID injection, from December 14, 2020 through August 13, 2021.

Indeed, the requirement of a vaccine to prevent serious disease for those who are not at risk to begin with, is not supported by data from the CDC, which reports an infection survival rate of greater than 99.95% for those under age 50.

As the list of FDA-recognized adverse events have grown from severe anaphylactic reactions to include fatal thrombotic events, the inflammatory heart condition myocarditis, and neurologically disabling disease like Guillain Barré Syndrome, and adverse event reports to government include more than 13,000 recorded deaths and more than 16,000 permanent disabilities, the archbishop’s promotion of the injection would appear to fall under what Father Christopher Paul recently described as “beyond the scope of ecclesiastical competency to determine.”