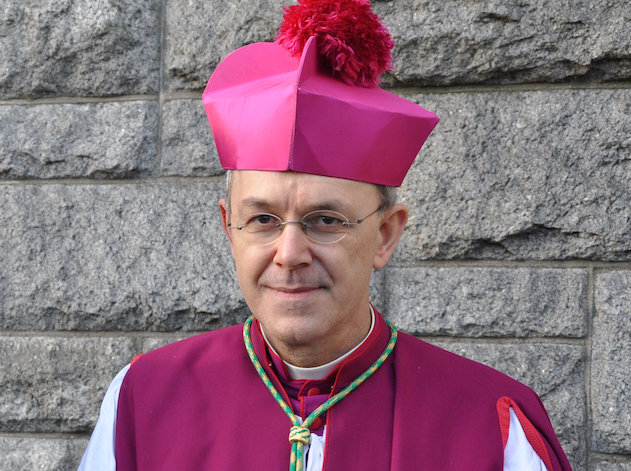 Reflecting on the recently-closed Extraordinary Synod of Bishops in Rome, Bishop Athanasius Schneider of Kazakhstan said the controversial midterm report produced was steeped in “radical neo-pagan ideology,” “heterodox” views, and an “agenda reflect[ing] the corrupt and pagan main stream morality of our time.”

“Such a synod document, even if only preliminary, is a real shame and an indication to the extent the spirit of the anti-Christian world has already penetrated such important levels of the life of the Church,” he said in an interview with Izabella Parowicz of the Polish Catholic magazine Polonia Christiana.

“This document will remain for the future generations and for the historians a black mark which has stained the honour of the Apostolic See.”

Bishop Schneider, an auxiliary bishop of Astana, in Kazakhstan, was not a Synod father but he has nonetheless recently been among the leading voices of Catholic orthodoxy, giving interviews and talks denouncing the “progressivist” position within the Catholic hierarchy.

The bishop insisted during the interview that Church teaching on Communion for the divorced and remarried cannot be put to a vote. He roundly denounced the “suggestion” of Cardinal Kasper and his followers at the Synod of allowing the practice after “a period of penance” but without either a declaration of nullity for their first marriage, or a pledge to live a life of sexual continence in their second.

This suggestion was at the heart of the public debate at the Synod, and was the cause of months of uproar among high-level prelates, including the prefect of the Congregation for the Doctrine of the Faith, Cardinal Gerhard Müller, and the prefect of the Apostolic Signatura, Cardinal Raymond Burke.

“In fact a Divine commandment, in our case the sixth commandment — the absolute indissolubility of the sacramental marriage, a Divinely established rule — means those in a state of grave sin cannot be admitted to Holy Communion. This is taught by Saint Paul in his letter inspired by the Holy Spirit in 1 Corinthians 11, 27-30. This cannot be put to the vote, just as the Divinity of Christ would never be put to a vote,” he said.

“A person who still has the indissoluble sacramental marriage bond and who in spite of this lives in a stable marital cohabitation with another person, by Divine law cannot be admitted to Holy Communion. To do so would be a public statement by the Church nefariously legitimizing a denial of the indissolubility of the Christian marriage and at the same time repealing the sixth commandment of God: ‘Thou shalt not commit adultery.’

“No human institution not even the Pope or an Ecumenical Council has the authority and the competency to invalidate even in the slightest or indirect manner one of the ten Divine commandments or the Divine words of Christ,” he said.

Bishop Schneider also made it clear that the Church can never grant any form of approval for homosexual unions, calling the statements within the preliminary Relatio dealing with homosexuality “shameful” since they flow from the “principles of the world gender ideology party,” not from the genuine Gospel of Christ.

Instead of accepting homosexuality, “we have to create groups who will carefully help persons with homosexual tendencies to enter the path of Christian conversion, the happy and beautiful path of a chaste life and to offer them eventually in a discrete manner a psychological cure,” he said.

Bishop Schneider praised the Synod’s final document as “truly Christian” but noted that it still contained a problematic paragraph on the issue of Holy Communion for divorced and remarried. He called it “disturbing and amazing” that although the paragraph did not receive the required two-thirds majority vote, that does not change the fact that an “absolute majority of the present bishops voted in favor of Holy Communion for the ‘divorced and remarried.’” He said it is “a sad reflection on the spiritual quality of the Catholic episcopacy in our days.”

“It is moreover sad, that this paragraph which hasn’t got the required approval of the qualitative majority, remains nevertheless in the final text of the Relatio and will be sent to all dioceses for further discussion. It will surely only increase the doctrinal confusion among the priests and the faithful, being in the air, that Divine commandments and Divine words of Christ and those of the apostle Paul are put at the disposal of human decision making groups,” he said.

The bishop concluded that Catholic families and young people must learn to stand firm in the truth, saying to themselves, “I refuse to conform to the neo-pagan spirit of this world, even when this spirit is spread by some bishops and cardinals.”

“I will not accept their fallacious and perverse use of holy Divine mercy and of ‘new Pentecost;’ I refuse to throw grains of incense before the statue of the idol of the gender ideology, before the idol of second marriages, of concubinage, even if my bishop would do so, I will not do so; with the grace of God I will choose to suffer rather than betray the whole truth of Christ on human sexuality and on marriage.”