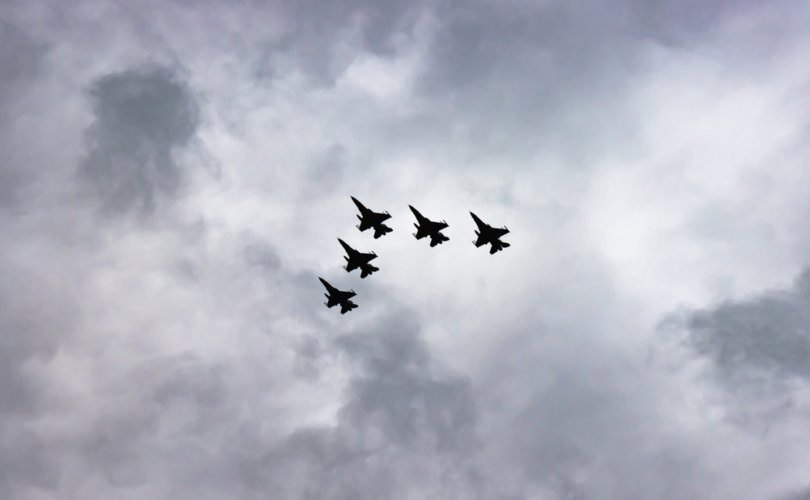 (LifeSiteNews) — Taiwan reportedly scrambled its air force to warn off nine Chinese military aircraft that entered its airspace on Thursday, the same day that Russian forces launched a full-scale invasion of Ukraine.

While a U.S. Defense official told Fox News on Thursday that Chinese incursions into Taiwanese airspace are “not unusual” and that “China has done this in the past a couple months ago,” the unnamed official said the United States remains “concerned” by “provocative military action near Taiwan.”

However, tensions have ratcheted up in the wake of Russia’s assault against Ukraine.

According to Reuters, “Taiwan has been warily watching the Ukraine crisis, nervous that China may try to take advantage to move on the island.”

Foreign policy experts and commentators have warned that China may see the west’s tepid response to the Russian attack on Ukraine as an invitation for the Chinese Communist Party to invade Taiwan, which it recently claimed has always been an “inalienable part of China.”