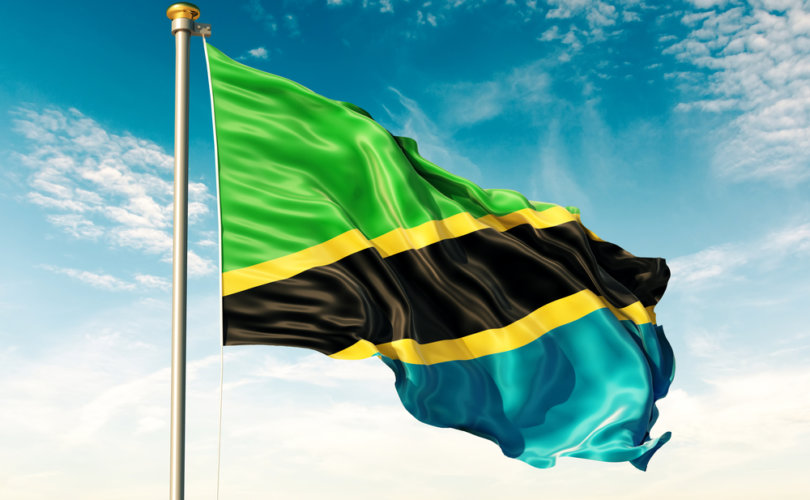 DODOMA, Tanzania, February 4, 2021 (LifeSiteNews) — In a peculiar reversal of roles, the Catholic president of Tanzania has advised the nation to trust in God when it comes to fears of COVID-19, while a number of bishops in the East African country have taken a different approach, urging people to adhere to physical distancing, sanitizing, and mask wearing.

President John Pombe Magufuli has caused consternation in the international media by adopting a religious response to COVID since the early days of the virus last year. Most recently, Magufuli rejected the need for COVID vaccines, casting doubt on their existence and effectiveness.

He also declined to lock the country down, in the manner which has become so familiar across Europe, the Americas, and most of the globe, calling on people to trust in God for protection instead.

Meanwhile, the Tanzanian Episcopal Conference (TEC) released a letter last month, signed by its president, Archbishop Gervais Nyaisonga, in which the bishops urged people to take precautions. “Let us not stop praying, maintaining social distance, washing and sanitising our hands, taking the necessary action when we see signs of illness and avoid congestion which can be dangerous,” the TEC wrote.

“There is a new wave of coronavirus infections and several countries have confirmed that they are going through a difficult period in the spread of the coronavirus and the occurrence of fatalities,” the TEC continued, before calling on people to pray in addition to the various hygiene measures used to prevent the spread of infection.

“Our country is not an island … We must defend ourselves, take precautions, and cry out to God with all our might so that this scourge will not overtake us.”

One week before Nyaisonga’s letter was distributed, Tanzania’s Archbishop of Arusha Isaac Amani had also written to his congregation and clergy, expressing his concern over the approach taken to COVID, “as if the virus no longer existed.”

“Many precautions such as avoiding the shaking of hands, taking offerings after communion and receiving the Body of Christ on the hand, seem to have been forgotten,” he said.

Archbishop Amani also advised that mask wearing should become a common practice, despite Magufuli’s own dismissing of masks. The president has even congratulated a priest and the congregation for not wearing masks in church.

In fact, Archbishop Jude Thaddaeus Ruwa’ichi of Tanzania’s Dar es Salaam Archdiocese, also issued his own letter with the same message, warning that COVID “is not over; COVID-19 still exists.”

“The practice of washing our hands with running water and soap should continue. Many have stopped it, but let us return to it. We must also return to the culture of wearing masks, that we completely stopped,” Ruwa’ichi said.

Tanzania has not reported any information about COVID-19 to the World Health Organization since April 29, 2020. On that day, 509 cases and 21 deaths were reported, and in June Magufuli declared that the country had eradicated the virus.

Speaking in a church in the country’s capital city, Dodoma, Magufuli said “the corona disease has been eliminated thanks to God … I want to thank Tanzanians of all faiths. We have been praying and fasting for God to save us from the pandemic that has afflicted our country and the world. But God has answered us.”

Following the first reported case of COVID-19 in March, there was a limited shut down affecting schools, sports and the border. However, markets, businesses and churches remained open in contrast to most other countries which reported the presence of the virus.

Magufuli has repeatedly challenged the global narrative on COVID issues, having previously called attention to the testing kits for being unreliable. After they yielded “positive” results from tests performed on a goat and a pawpaw, Magufuli declared the tests had “technical errors.” His words have since been supported by an independent group of 22 scientists, who identified “ten fatal problems” with the widely used PCR tests, noting that each problem on its own was enough to render the tests “useless” in identifying COVID-19.

The president warned citizens against becoming “guinea pigs” for the various experimental COVID vaccinations, advocating traditional herbal remedies and hot house steaming instead. Some Tanzanians left the country in order to receive a COVID vaccination, but Magufuli rebuked them for doing so.