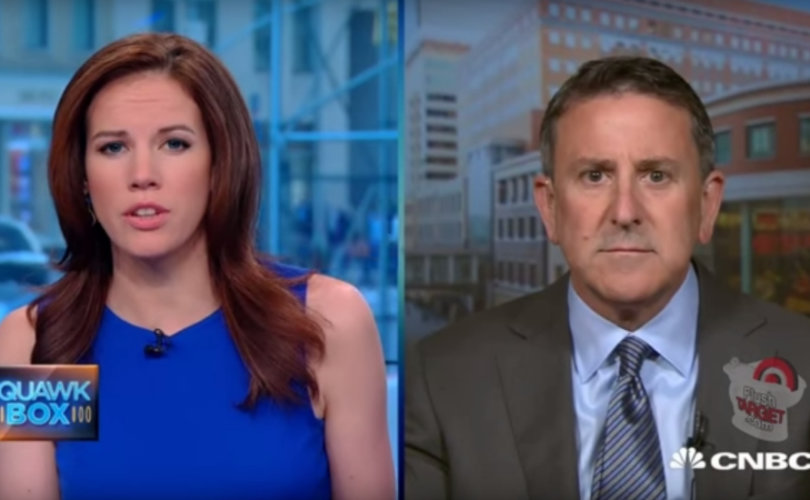 May 16, 2016 (LifeSiteNews) — Target’s stock prices dipped in the wake of its CEO’s defense of the company’s decision to allow men to access women’s bathrooms in their stores.

Last Wednesday, May 11, Target CEO Brian Cornell again reaffirmed on CNBC the retail giant’s commitment to its new transgender bathroom policy, which lets members of either sex choose which bathroom to use based upon their subjective “gender identity.”

Critics say the policy means men can walk into any woman’s bathroom in any Target store, and Target employees are forbidden from stopping them, or even asking any questions.

Over 1.2 million people have signed a petition promising to boycott the retail giant. Meanwhile a new campaign, launched today, will see a #FlushTarget truck visit every store in the retailer's home state of Minnesota.

Cornell compared the implementation of Target’s new policy to the company’s breakthrough use of African-American models during the 1960s.

Target stock prices went from $83.50 per share on April 19, to $75.11 per share on May 16. Although stock prices increased slightly over the weekend, shares were $73.88 each on Friday, marking an 11.52 percent decline since Target announced its new policy.

“We've had a long history of embracing diversity and inclusion,” said Cornell. “A couple of weeks ago, one of our team members sent me a note reminding me that if we went back to the mid-60s, our company was one of the very first to use African American models in their advertising.  And back then, you know, it wasn't well received. We had a lot of tough feedback, but sitting here today, we know we made the right decision.”

In his defense of the policy, Cornell pointed to the fact that most Target stores already have single-stall family bathrooms.

The American Family Association, the group leading over 1 million customers’ boycott of the store, has called single-stall unisex bathrooms—not opening all female bathrooms to males and vice versa—the commonsense option for transgender customers.

Other Target spokespeople have defended the policy as “inclusive.”

On Monday, LifeSiteNews launched a new campaign, #FlushTarget, which is educating the public about Target’s new bathroom policy and advocating the company rescind it.  The campaign consists of a billboard truck that will visit all Target stores in the company’s home state of Minnesota. It also includes a website that provides concerned citizens with information about concrete steps they can take to oppose Target’s policy.

Texas AG to Target: Show me how you’ll protect women and kids from criminals