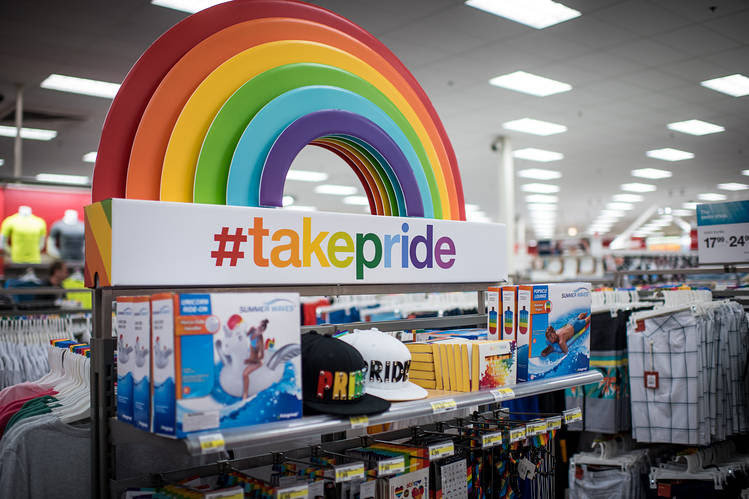 NEW YORK, May 20, 2019 (LifeSiteNews) — Target department stores are not only offering clothing and accessories celebrating the gay lifestyle to adults and children, but the company has also pledged to donate to a nonprofit that trains students and teachers in LGBT politics and advocacy.

On Target’s official website, it has several pages dedicated to merchandise that features the rainbow gay pride flag as well as messages intended to instill pride in the LGBT lifestyle. In addition, Target proclaims that it is donating $100,000 to GLSEN, an organization founded in 1990 that claims to be “the leading national education organization focused on ensuring safe and affirming schools for LGBTQ students.”’

According to GLSEN’s website, “Our mission is to create safe and affirming schools for all, regardless of sexual orientation, gender identity, or gender expression.”

The organization offers lesson plans for elementary school children on “gender-neutral” pronouns and terminology as part of the Common Core curriculum as well as introducing gender ideology to third-graders. GLSEN partners with the United Nations and like-minded groups in Canada, China, Ireland, Israel, South Africa, and the United Kingdom.

GLSEN provides training and resources to LGBTQ activists on school campuses while also advocating the homosexual cause in the political sphere. According to its website, “We accomplish our goals by working in hallways across the country — from Congress and the Department of Education to schools and district offices in your community — to improve school climate and champion LGBT issues in K-12 education”

Target offers children’s clothing, for example, that features the rainbow flag and promotes the LGBT cause. One shirt proclaims, “Love my dads,” and another says, “Love my moms.” Others shirts are emblazoned with the rainbow flag bearing the word “pride” superimposed.

GLSEN was founded by Kevin Jennings, who led the organization for about 17 years. As GLSEN executive director, Jennings wrote the foreword to a book called “Queering Elementary Education.” The book included chapters titled “Locating a Place for Gay and Lesbian Themes in Elementary … ” and “‘It’s Okay to be Gay’: Interrupting Straight Thinking in the English Classroom.”

In Jennings’ book “Becoming Visible: A Reader in Gay and Lesbian History for High School Students,” he wrote, “Some historians trace the development of homophobia in the West from the time when Christianity was adopted by the Romans. … Whether homophobia began in the late Roman Empire because of the introduction of Christianity or became widespread in the late Middle Ages for political reasons, one thing remains clear: Biblical scriptures were used to justify persecution of those who loved members of their own sex.”