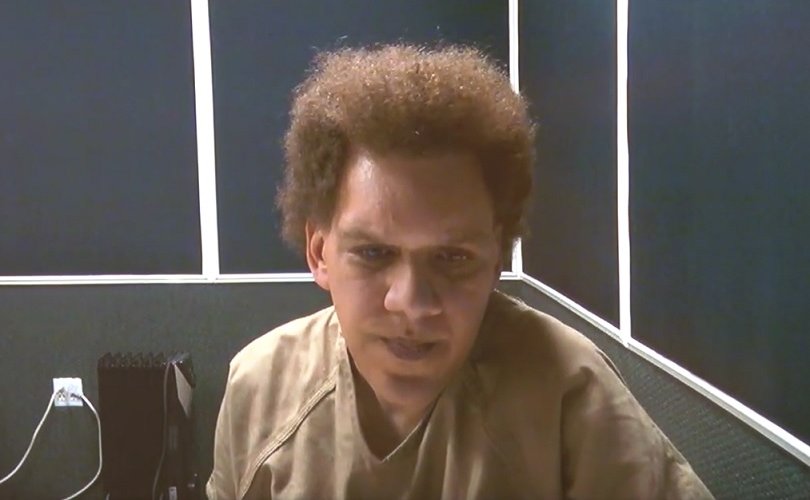 AMMON, ID, July 15, 2016 (LifeSiteNews) – The transgender male arrested for recording a young girl changing in a Target changing room admitted it was not the first time he made videos of women changing, court documents say.

On Monday, an 18-year-old woman said that 43-year-old Sean Patrick Smith recorded her changing into swimwear in the changing room of a Target store in the small town of Ammon, Idaho.

The young girl said she saw Smith – who identifies as a transgender woman and goes by the name Shauna Patricia Smith – holding a cell phone over the partition between stalls. Her mother confronted Smith, whom she described as a man wearing a dress and a blonde wig, and Smith fled.

On Tuesday, Detective Zeb Graham of the Bonneville County Sheriff's Office tracked down Smith via his license plate number. Graham says Smith confessed that the offense was not his first.

Smith “eventually admitted to me that [he] had made videos in the past of women undressing,” Det. Graham wrote in a court affidavit obtained by local media.

Smith told the officer he made these videos for the “same reason men go online to look at pornography,” in Smith's words.

“The defendant told me that [he] finds the videos sexually gratifying,” the officer wrote.

He said he then unlocked Smith's iPhone and saw one such video of a woman undressing in what appeared to be a Target dressing room.

The defendant's roommate and Smith's ex-wife told police that Smith does, indeed, identify as a transgender woman, a problem that led to his divorce last December. His ex-wife said that, although Smith believes he is a woman and is reportedly receiving hormone treatments, he is still sexually attracted to women.

Officers charged Smith with felony video voyeurism, and he was arraigned in court on Wednesday.

Social conservatives had been expecting incidents like this since April, when Target announced that it would allow people who say they are transgender to use the restrooms and changing facilities of the opposite sex at its 1,792 stores nationwide.

The American Family Association announced a boycott and collected more than 1.4 million signatures on a petition asking the Minnesota-based chain to reconsider its policy.

“As back-to-school shopping season nears, I'm asking your family to avoid shopping at Target stores…and to warn your friends about the danger Target presents to women and children,” wrote AFA President Tim Wildmon in an e-mail this week.

Transgender activists insist this event should not cause any concern over its contention that all sex-segregated facilities should be open to members of both biological sexes. National Center for Transgender Equality (NCTE) Executive Director Mara Keisling, who championed the Target policy when it was announced, said that Smith's arrest “has nothing to do with whether or not I should be allowed to use the bathroom in a restaurant, whether a first-grader can use the bathroom, whether a high schooler can play school sports.”

Meanwhile, Smith will face justice in Idaho. After failure to pay a $30,000 bond, he was booked, as a male, in the Bonneville County Jail in a special housing unit.

“Sean Patrick Smith” is still listed as an inmate as of this writing.