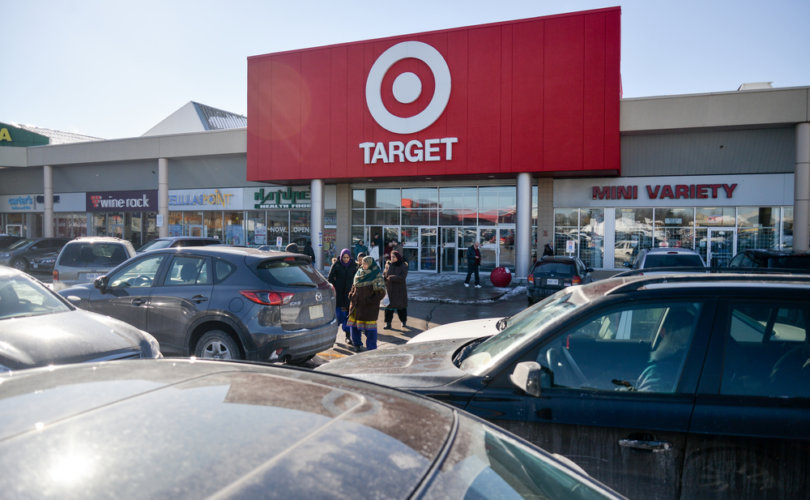 MINNEAPOLIS, Minnesota, April 22, 2016 (LifeSiteNews) — The second largest discount retailer in the United States is adopting a policy which allows members of one biological sex to use the bathrooms and fitting rooms of the opposite sex at all its stores nationwide.

Target Corporation announced this week that people may use the changing rooms and restroom facilities of their self-designated “gender identity.”

“In our stores, we demonstrate our commitment to an inclusive experience in many ways,” the retailer's announcement explained.

While LGBTQ activists are applauding the new policy, not everyone is pleased.

The American Family Association (AFA) is calling for a boycott of Target stores.  AFA President Tim Wildmon sent a mass email to supporters, charging, “Target's policy is exactly how sexual predators get access to their victims.”

The Faith, Family, Freedom Alliance of Kansas issued a statement, warning that Target now “allows sexual predators unfettered access to your daughter and your wife.”

“We’re trying to accommodate a very, very small minority and we’re disenfranchising, for want of a better term, a majority of folks,” Rep. Whitmer added.

Wildmon suggested “a common-sense approach and a reasonable solution to the issue of transgendered customers (is) a unisex bathroom. Target should keep separate facilities for men and women, but for the trans community and for those who simply like using the bathroom alone, a single occupancy unisex bathroom option should be provided.”

Target shopper Carol Dooley agreed.  “I would not feel comfortable taking my small granddaughters into a women’s restroom in which there were men dressed any way,” she said, according to Kansas.com. “There should be a family restroom which those people or any people could use.”

Target customer Vivian Lowe told the same news agency that the new policy goes against her Christian faith.  “I’ll continue to shop at Target.” But, she added, “I won’t be using the bathroom.”