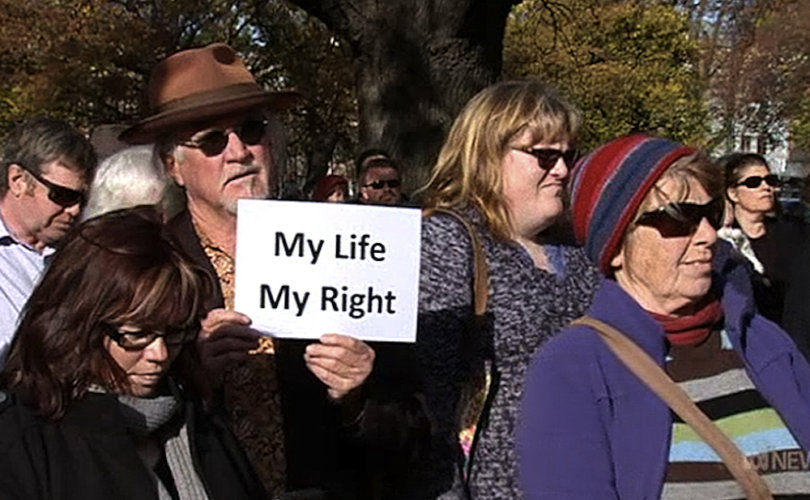 HOBART, Australia, May 25, 2017 (LifeSiteNews) — The Tasmanian Parliament rejected the latest attempt to legalize euthanasia in the Australian state.

Despite local media forecasts of the vote coming “down to the wire,” the Voluntary Assisted Dying Bill 2016 was defeated 16-8 on Wednesday night after extensive debate. Two-thirds of the lower house voted against the legislation, which was the third try in 10 years to pass a euthanasia bill.

Immediately before the vote, a move to have the bill sent to committee for further examination was also voted down, much to the dismay of MP Roger Jaensch MP.

“It is particularly surprising that the proponents of the bill voted against sending it to a committee in the full knowledge the bill did not have the numbers to pass the second reading,” he said.

Jaensch noted that there were differences from the previous bill that even pro-euthanasia supporters did not realize were in it. The latest version went beyond the terminally ill to include anyone with “a serious, incurable and irreversible medical condition.”

Paul Russell from HOPE: No Euthanasia welcomed the defeat. “No one can say that the Tasmanian Parliament has not taken this issue seriously,” he said. “This is a resounding affirmation that Tasmanian society takes a dim view of doctors helping people to suicide. Other Australian states should take note.”

Given that the bill applied to “a serious, incurable and irreversible medical condition,” the disability community was horrified at its potential for application.

Daniel Pask, an Australian disability activist with Lives Worth Living who has spina bifida, condemned the bill.

“People with an alarmingly broad, poorly defined array of conditions would have been permitted assisted suicide had this bill passed,” he said. “So it posed a real threat and sent a terrible message to people with disabilities, whose basic needs and human rights often still go unmet, that our lives are not worth living.”

Pask hopes the defeat of the bill sends a message to other Australian states contemplating similar changes to the law.

In many MP’s speeches explaining their inability to support the bill, they used phrases and reasoning from a message — though not mentioned specifically — by UK actress, comic and disability advocate Liz Carr.

Carr, who stars in the BBC series Silent Witness, was in Australia recently for the Melbourne Comedy Festival with her show Assisted Suicide: The Musical. While in the country, she recorded a message for Tasmania, imploring people to be “incredibly cautious about introducing medically or physician assisted suicide.” She stated that there is no proof from the jurisdictions where assisted suicide has been legalized that the vulnerable are protected.

Carr warned specifically about introducing a law for the benefit of a few while exposing many to great risk. She pointed out that there are still miscarriages of justice in countries where capital punishment is legal and in which a full court and appeals process has been exhausted. She also expressed doubts about the validity of two doctors using a check list to make such a decision.