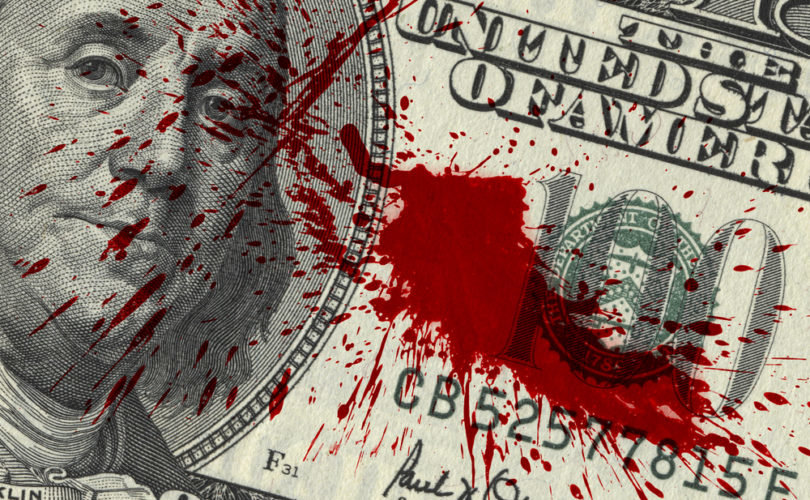 December 14, 2016 (LifeSiteNews) – Following the Senate Judiciary Committee's referral of Planned Parenthood to federal law enforcement over its involvement in the fetal body parts trade, pro-life leaders called for an immediate end to the roughly half a billion dollars in taxpayer money the abortion company receives.

On Tuesday, Senate Judiciary Committee Chairman Sen. Chuck Grassley, R-IA, announced he referred several Planned Parenthood affiliates, fetal tissue companies, and the Planned Parenthood Federation of America to the FBI and Department of Justice for investigation and possible prosecution. The Senate Judiciary Committee had investigated the fetal tissue industry, and the recommendation was one of the results of a massive report it released detailing its findings.

On December 1, the Select Investigative Panel on Infant Lives announced that following their investigation into the abortion giant and its fetal body parts partners, the Panel made nine criminal and regulatory referrals. These were against Planned Parenthood, other abortion businesses, universities, and fetal tissue companies.

“Less than two weeks ago, the House referred another Planned Parenthood affiliate to federal authorities for similar alleged crimes,” said Lila Rose, President of Live Action. “This is not a set of isolated incidences or a few rogue employees; the evidence shows that these crimes were coordinated at the highest levels of Planned Parenthood. The evidence is overwhelming, from multiple findings of illegal profiting from the sale of body parts to violations of privacy laws so that certain vulnerable women could be targeted for their babies’ organs. Planned Parenthood must be prosecuted, and the over half a billion dollars in taxpayer subsidies that are propping up this absolutely corrupt and potentially criminal enterprise must be cut off immediately.”

The Executive Director of the New Mexico Alliance for Life, Elisa Martinez, praised the Senate's findings, which “corroborate the findings of the House Select Panel on Infant Lives, and like the Panel refer Planned Parenthood and StemExpress for criminal prosecution in the profiting and trafficking of aborted infant body parts,” she said. The Select Panel referred to law enforcement the University of New Mexico for violating their state’s Anatomical Gift Act by receiving tissue from a late-term abortion facility, Southwestern Women’s Options in Albuquerque, NM.

“Both chambers of Congress are finally doing their duty to investigate the often publicly-funded abuses of the abortion industry, which have gone unchecked for years,” said Martinez.

Martinez continued, “We urge U.S. Attorney General Loretta Lynch to investigate these findings and prosecute the lawbreakers who take advantage of women and children for profit. In our state, Attorney General Hector Balderas has a duty to protect New Mexico taxpayers from the potential illegal abuse of women and children that has come from the University of New Mexico and Southwestern Women's Options. If Hector Balderas will not do his job to investigate and prosecute both UNM and Southwestern Women's Options, we will urge the incoming U.S. Attorney General, Jeff Sessions[,] to do the job Hector Balderas will not.”

“It should surprise no one that an industry that violently kills a million innocent children in the womb every year doesn’t see the problem with tearing apart their little bodies and trafficking the parts for money,” concluded Rose.